Home Viral News Man narrates how pastor stopped them from leaving the church after a...

Twitter user, identified as Folastag has taken to the platform to narrate how his pastor stopped them from leaving the church, after a phone went missing during crossover service. 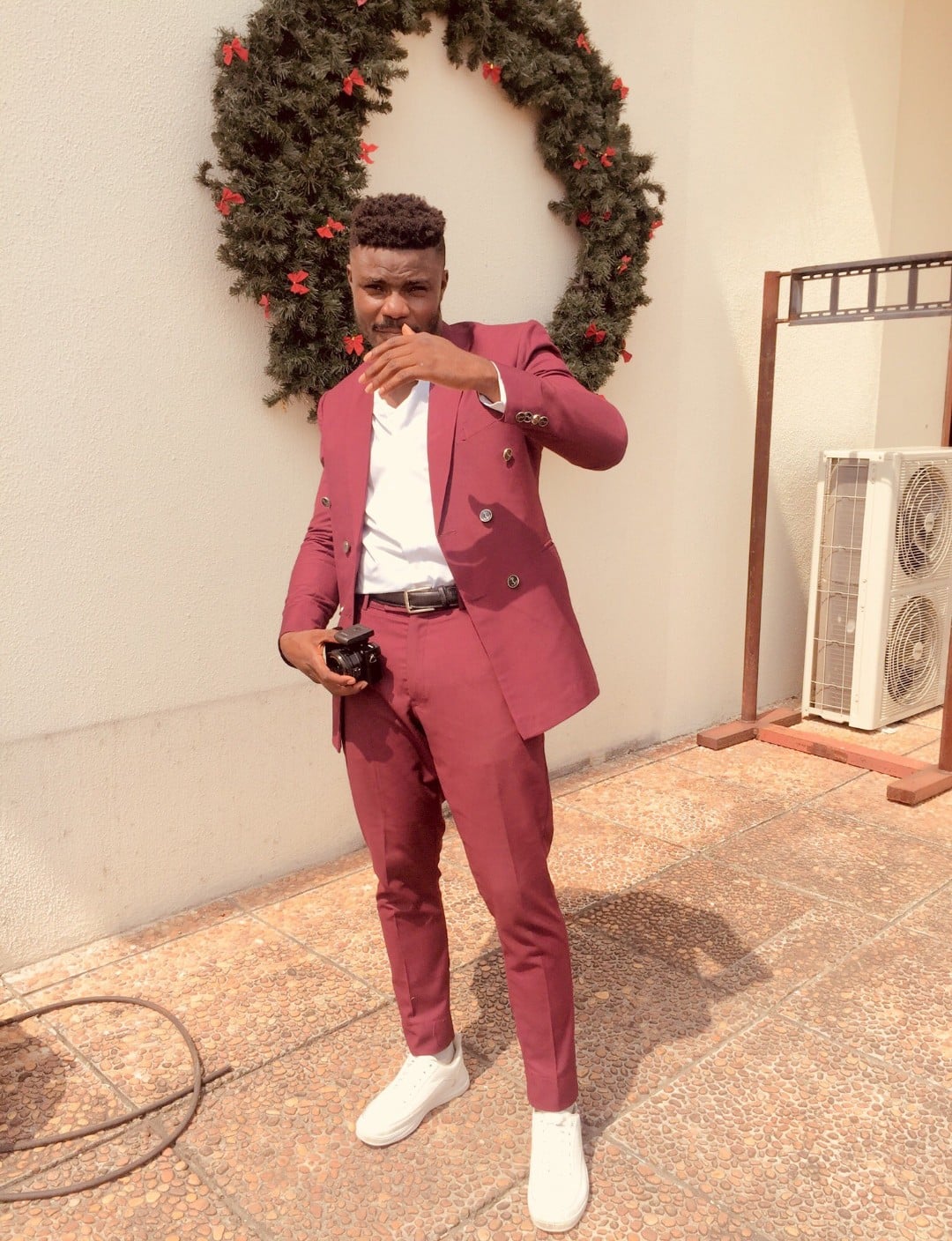 Earlier today, Fola tweeted at about 11am, saying that they just finished their crossover prayers.

Reacting to this, some tweeter users were curious to know why his church closed so late. One user asked if they wanted to cross over to 2021 at once.

Satisfying their curiosity, Fola explained that a phone went missing during the service and the pastor asked everyone not to leave the church till the phone is found.

“Ahh nooo… we were not praying o. We finished prayers since sef… they stole somebody’s phone so our pastor said nobody is going home till we find it. It’s our head usher that took it o… he say the phone look like his own”. 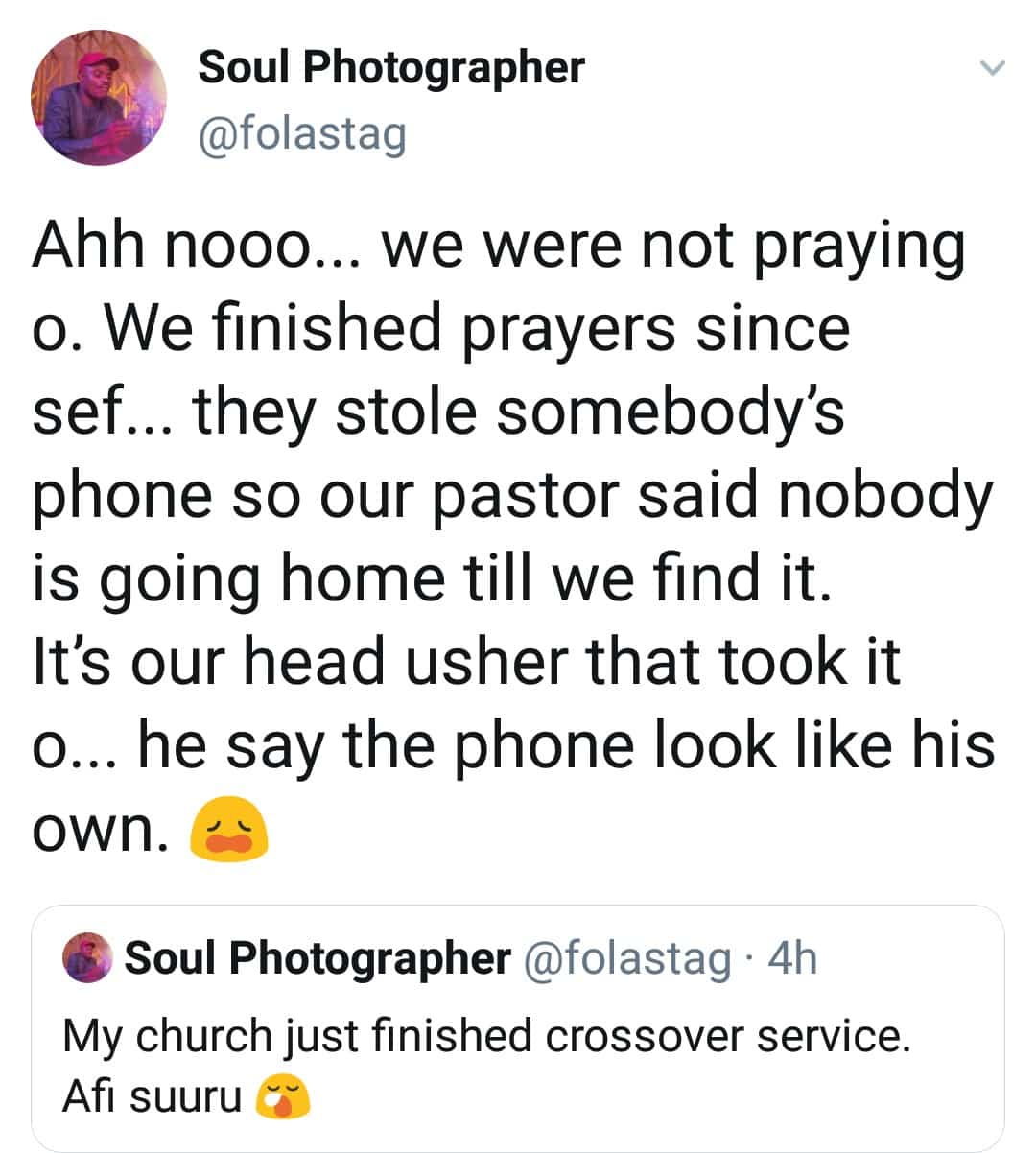