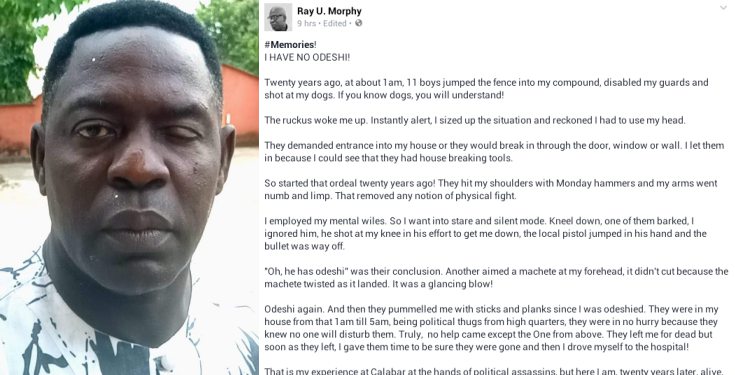 A Nigerian man, Ray Morphy has narrated how eleven boys allegedly invaded his home 20 years ago and attacked him after disabling his guards. 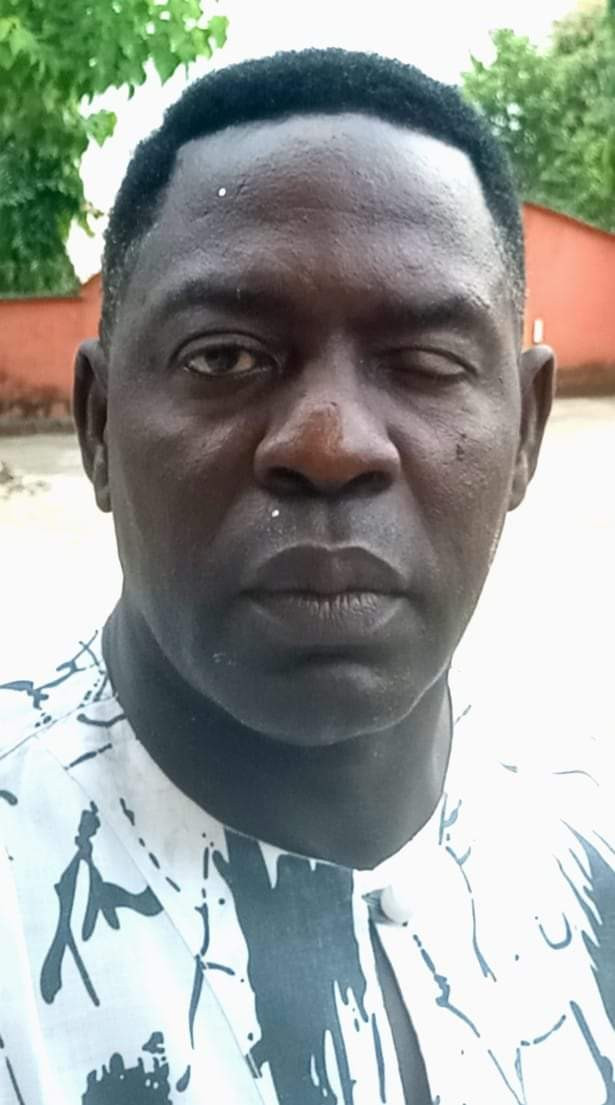 He claimed that the assailants shot at him but the local pistol jumped into his hand and the bullet went off in another direction.

According to Morphy, his attackers didn’t give up. They pummelled him with hammers, machete, sticks but the weapons allegedly did not cut his body.

#Memories !
I HAVE NO ODESHI!
Twenty years ago, at about 1am, 11 boys jumped the fence into my compound, disabled my guards and shot at my dogs. If you know dogs, you will understand!

The ruckus woke me up. Instantly alert, I sized up the situation and reckoned I had to use my head. They demanded entrance into my house or they would break in through the door, window or wall. I let them in because I could see that they had house breaking tools. So started that ordeal twenty years ago! They hit my shoulders with Monday hammers and my arms went numb and limp. That removed any notion of physical fight.

I employed my mental Wiles. So I want into stare and silent mode. Kneel down, one of them barked, I ignored him, he shot at my knee in his effort to get me down, the local pistol jumped in his hand and the bullet was way off. Oh I had odeshi was their conclusion. Another aimed a machete at my forehead, it didn’t cut because the machete twisted as it landed. It was a glancing blow!

Odeshi again. And then they pummelled with sticks and planks since I was odeshied. They were in my house from that 1am till 5am, being political thugs from high quarters, they were in no hurry because they knew no one will disturb them. Truly, no help came except the One from above. They left me for dead but soon as they left, I gave them time to be sure they were gone and then I drove myself to the hospital!

That is my experience at Calabar at the hands of political assassins, but here I am, twenty years later, alive, well and vibrating.
My attackers, I hear that they are all dead and gone. Gone the way of violent thugs who are either killed by their own kind or by the police. Or killed by hard drugs or by the juju they invest!
Don’t join them! 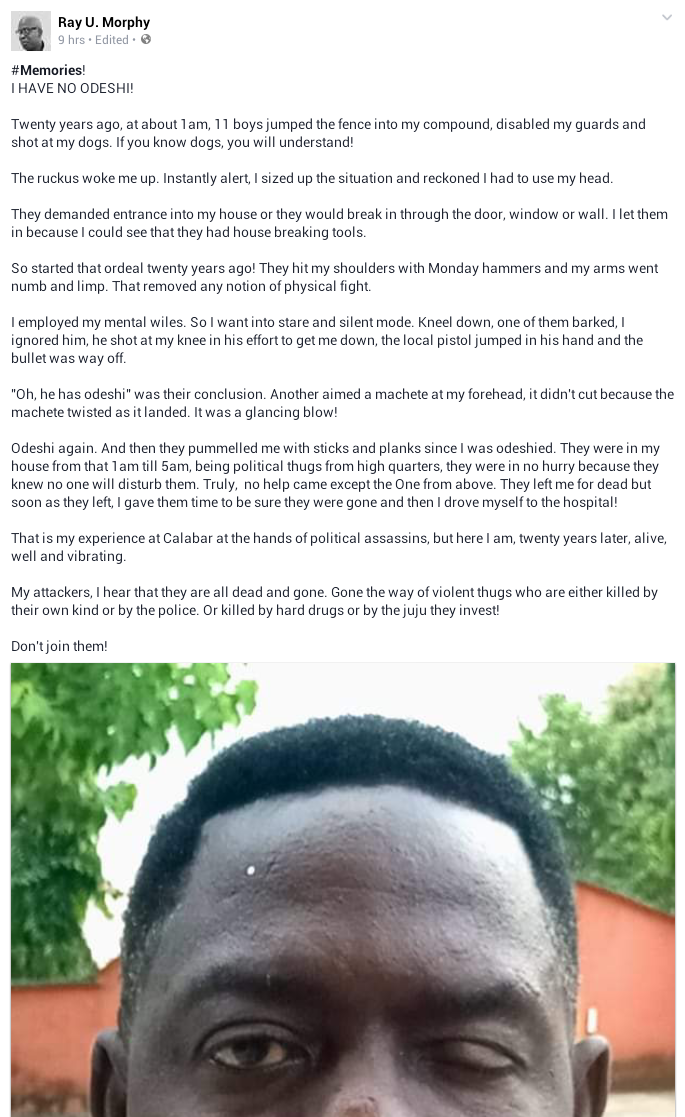