Home Entertainment News Man narrates how he saw his girlfriend getting married to someone else...

Heartbroken man narrates the painful experience of seeing his girlfriend tie the knot with another man on Instagram a day to their introduction.

In a thread making rounds on Twitter, a user had taken to the platform to ask men how their heart has ever been shattered by a woman. 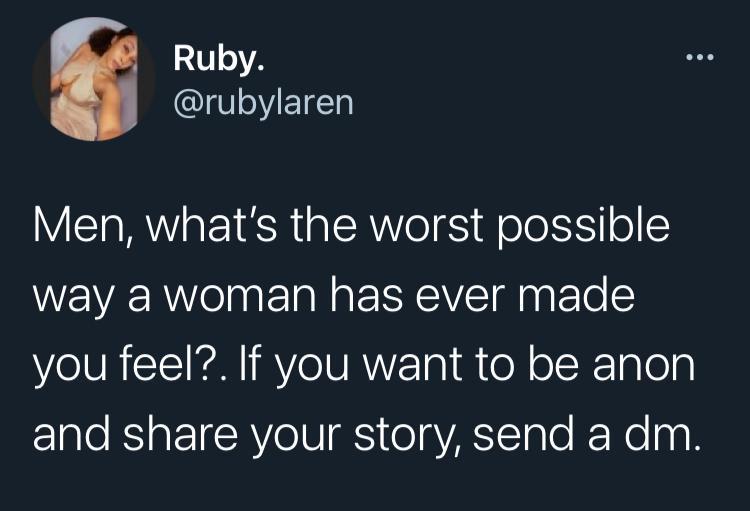 In reaction to the post, a young man whose identity was kept hidden narrated that the love of his life travelled a day to their introduction to get married to another man and when asked, she claimed to have only covered for her cousin who was in the abroad.

“We had been dating for three years and I had proposed but we hadn’t done introduction. A day to the introduction she told me she had to travel urgently and when she gets back we’d go ahead. That’s how I saw her doing introduction and traditional marriage on Bella naija page on Instagram. I asked her about it but she said it was her cousin’s wedding and because her cousin is abroad, she had to stand in for her and represent her at the wedding. I don’t understand till today. since then I haven’t believed a word that has come out of any woman’s mouth.” 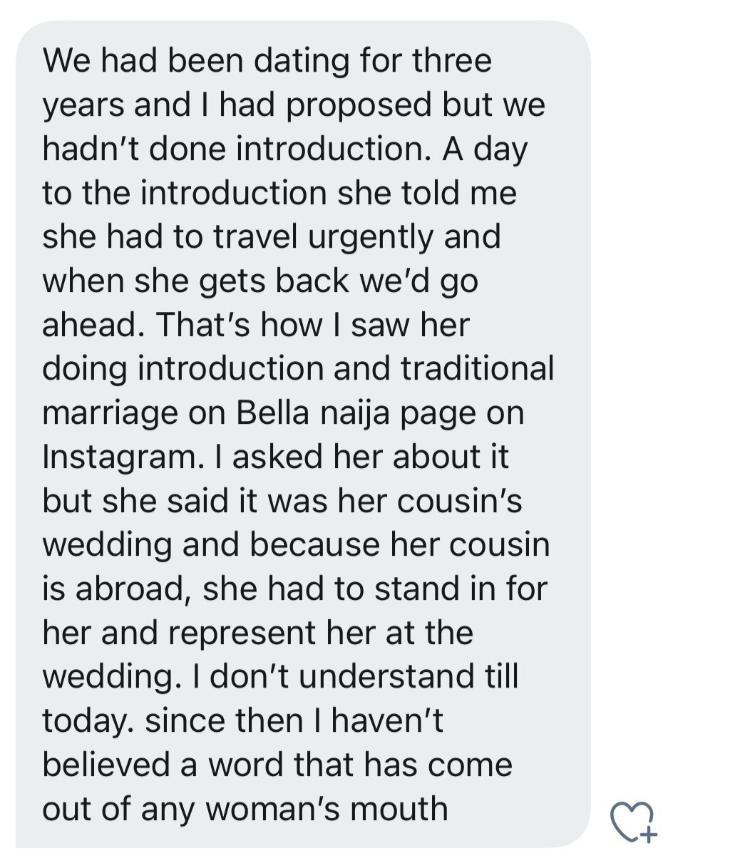