Home Entertainment News Man narrates how he left his wife during labour to go eat...

A Nigerian man, @MistaSeun on Twitter, has narrated how he left his wife in the hospital to go have fun with his friends while she was about to give birth. 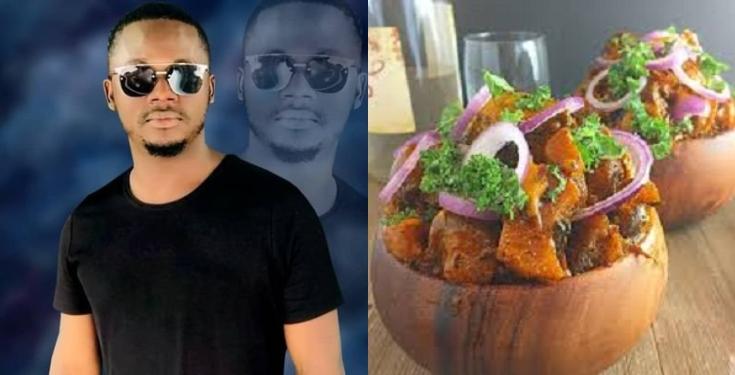 Seun recounted the story to celebrate his daughter’s first birthday. According to him, he left her at the hospital and went to drink with his friends, only for him to get a message from her saying she was through with having the baby.

Read his story below…

“On this day 1 year ago, i was chilling with my brothers @shevyhez @MaziIbe_ @jenrade3
when my wife called to say “I am through”. It wasn’t even up to 1 hour that i left her at the hospital, in fact I was about to devour the isiewu in front of me.

I replied saying “through ke, how?”

She reiterated “I’m through, come and carry your daughter”…ah, omo I was so excited, I broke the news to my guys, the isiewu sef no gree go again, had to do take-away.

I sped down to the hospital, burst a tyre while I was trying to park

Lo and behold, my star was out!

It’s one year today and my Star is 1. 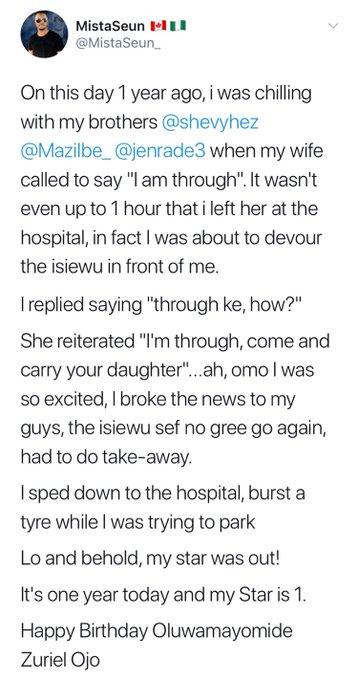