Home Viral News Man narrates how he got brutalized by husband and wife while trying...

A Twitter user identified by his handle as PrincewillNnad3 has narrated how he got mercilessly beaten by a couple while trying to separate them from a fight. 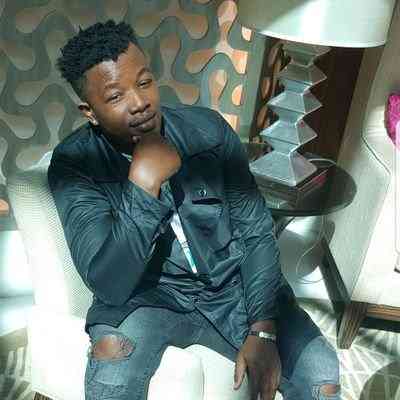 According to him, he visited a friend and subsequently bumped into him beating his wife mercilessly while others watched from afar.

He noted that while the woman was bleeding and languishing in excruciating pain, everyone kept their distance while saying that it was in their nature to fight always.

As a newbie, he went on to intervene by bouncing on the man but was given a joint beating bash by both the man and his wife.

“I visited my friend years back and this man was beating the wife badly, she was bleeding and foaming, pple refused to help saying that’s how he beats her, I couldn’t hold myself, I rushed and decked the man badly, Omo him and the wife team up beat me ooo even called police fr me

Lmao una dey laugh, I deck the man remove him teeth Omo they locked me Inside and give me good beating ooo Lmao, na window I from run

Lmao I been think say na prank or set up, madam see blood for your mouth oooo, when I see the woman dey look for kerosene to pour me, no be person say make I jump window

E no go better for the woman wey I wan help, Omo na God save me” 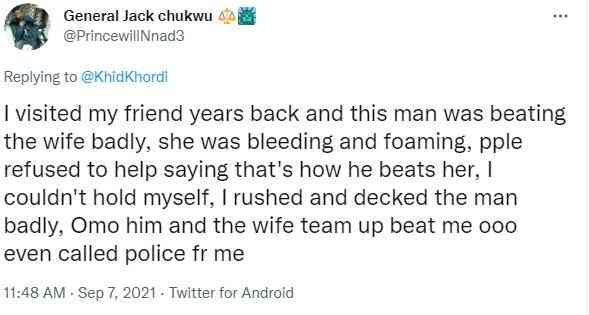