Home Viral News Man narrates how he dumped his girlfriend after an accident that cost...

A young man took to Twitter to narrate how his girlfriend accused him of dumping her in her vulnerable state after she had an accident that cost her her legs after she went to cheat on him. 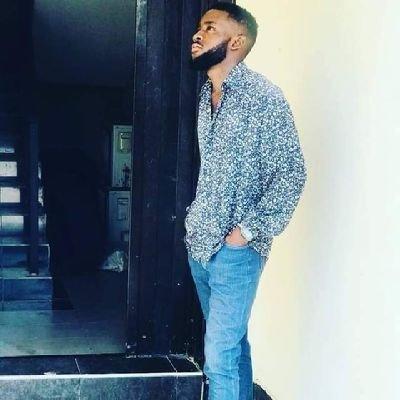 “Well, I have accepted a girl who cheated with 3 different guys. On her way back from the fourth guy’s house she went to nack, she was in an accident that cost her her legs for over a year. When I left her, she blamed me for leaving her when she’s most vulnerable.

Here’s the full gist. A few years ago, I got talking to this girl on Facebook. I was a student of Unilag while she was in Unilorin. we got close, texted and called every day, and started dating online. A month later I traveled to Ilorin to see her. We had so much fun, the sex was good.

Note that before we agreed to date she told me she was single 100%. All was fine till one Ay called her and asked if he still there”. Then she switched to speaking Yoruba since I didn’t understand the language. I got worried and curious. Past 11 pm she was still texting on” 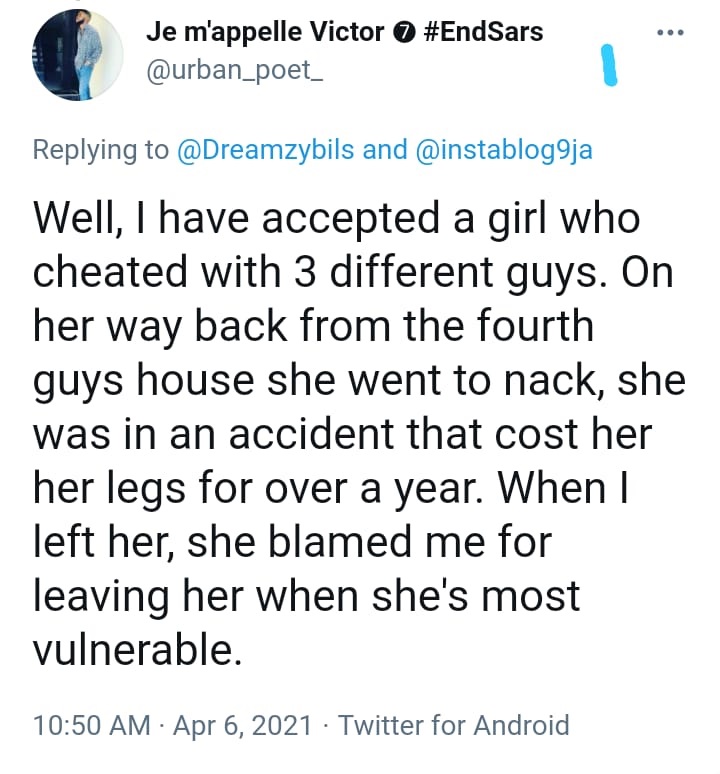 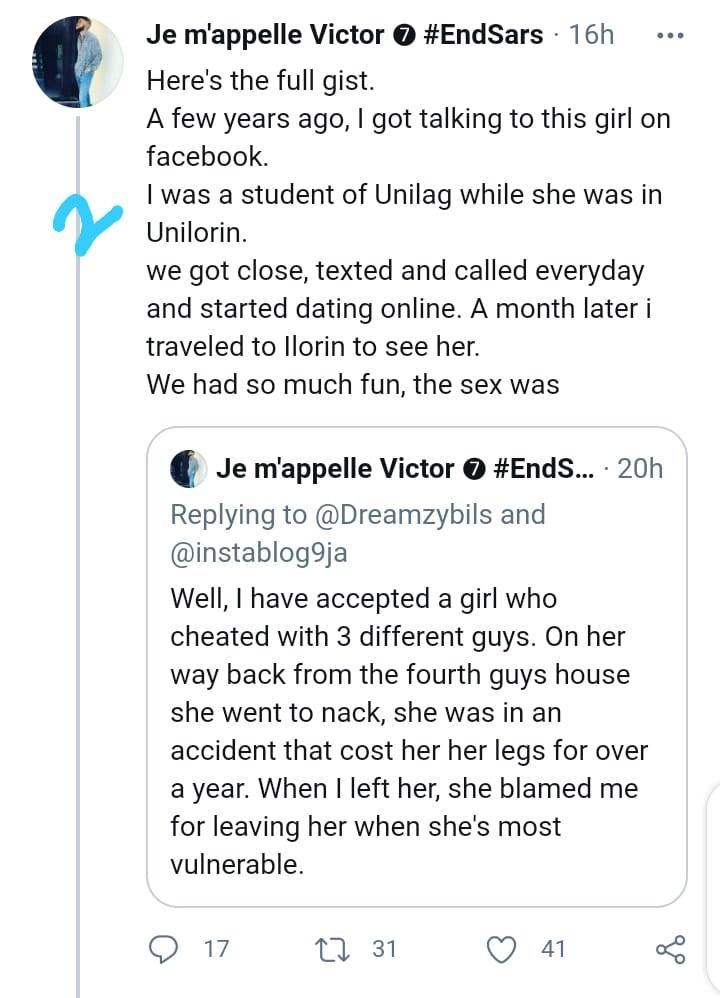 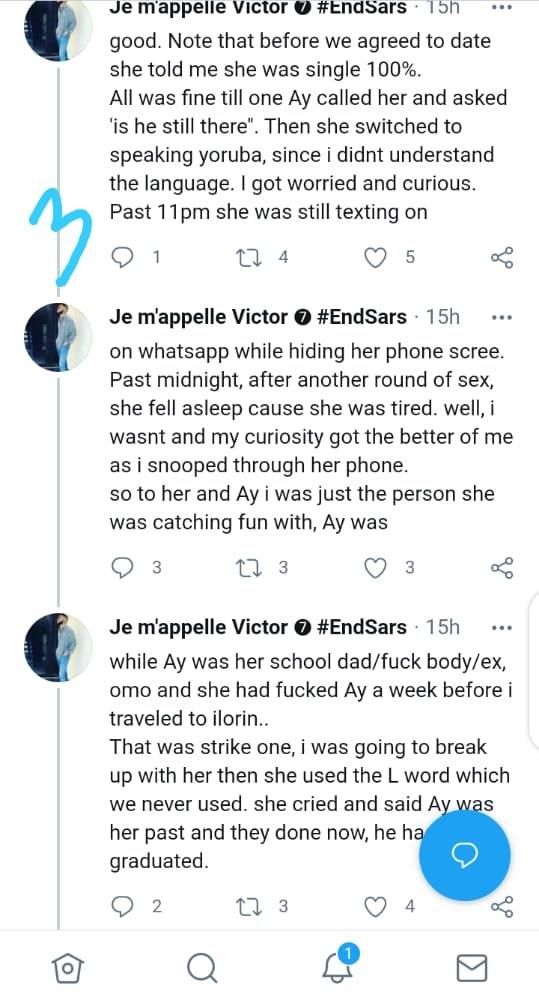 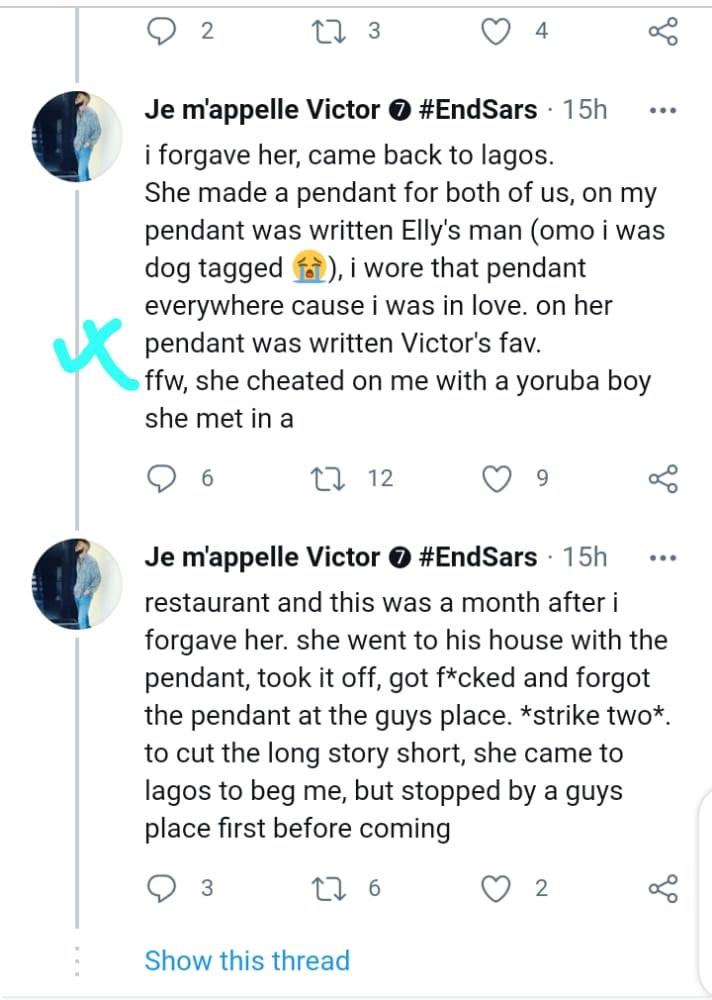 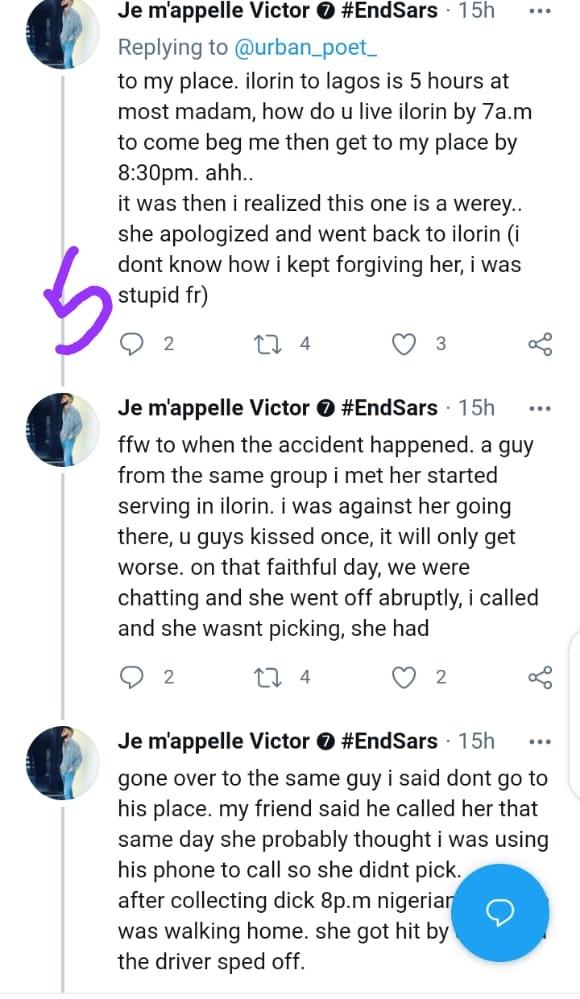 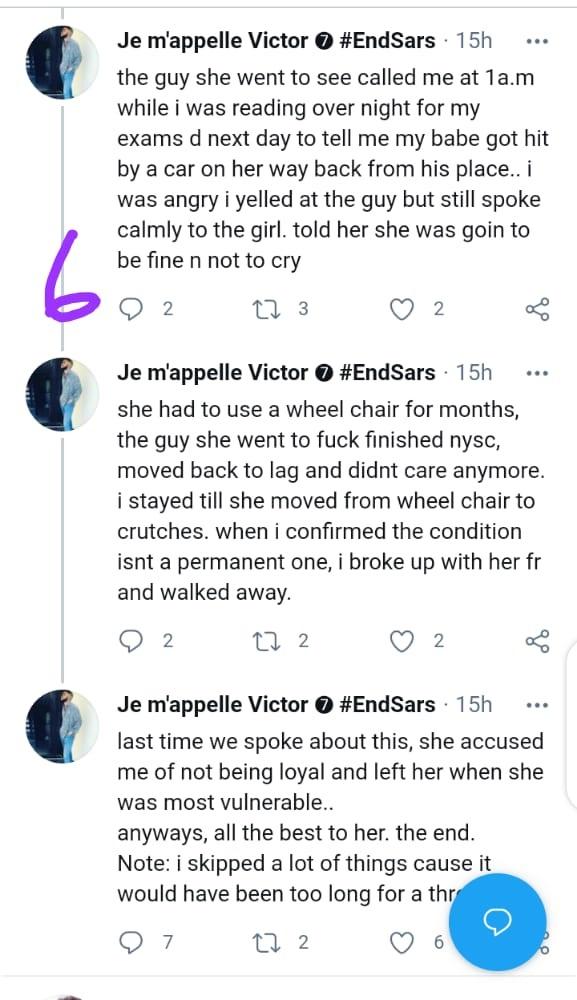