Home Entertainment News Man narrates encounter with a group of friends who poisoned their friend’s...

A man has shared his experience with a group of friends at a bar who put a substance in their friend’s drink after he went out to pee.

The witness identified as Sammy said the victim while in the company of his friends, left his drink to pee, and before he returned, his friends had already poisoned the drink. 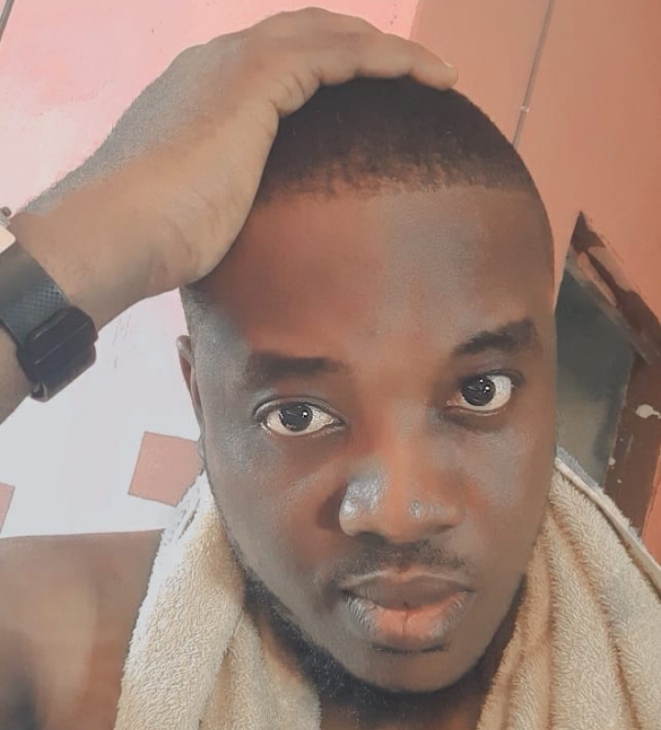 Sammy said he tried to stop the victim from taking the drink but the victim took offence with him and he had to leave the place.

“Went to a bar after the close of work to chill a bit before heading home (Thanks to Lagos Traffic). Sitting directly opposite me on a round table were a group of friends numbering about 6, drinking and gisting.

One of them stood up to go pee while he left his glass filled drink behind. A thought hit me and i had my eyes fixed at the table as if i was waiting for something to happen. 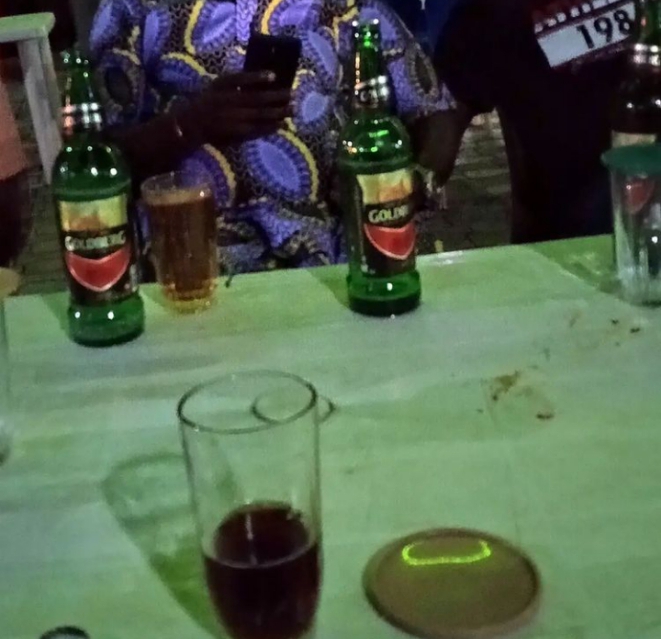 Lo and behold, one of them spiked his glass with a substance while the other four were looking out for he who went to pee. I was shocked and confused. What just happened ? I asked myself. The dude who went to pee came around and sat back down.

They continued their gist as if nothing had happened and they were all laughing. The dude who went to pee picked up his drink about to take a sip when i quickly stood up, ran towards the table and smacked the drink right off his hand.

He was confused and wondering what just happened. I tried to tell him not to drink from that glass, he yelled at me, pushed me on my chest and asked if i was mad. The others joined him in assaulting me for my act.

While i tried to explain to him what had happened, he wouldn’t even hear me out. He was all over the place screaming and banging on the table threatning to deal with me while his friends were doing same.

The bar manager came around and pleaded with me to step out, which i did. I paid for my drinks and left. But before i took my leave, i told the bar manager what i saw and asked him to save the dude’s life from his friends. We have to be careful out there with those we call our friends and please don’t walk away from your drink. Its dangerous!!!” 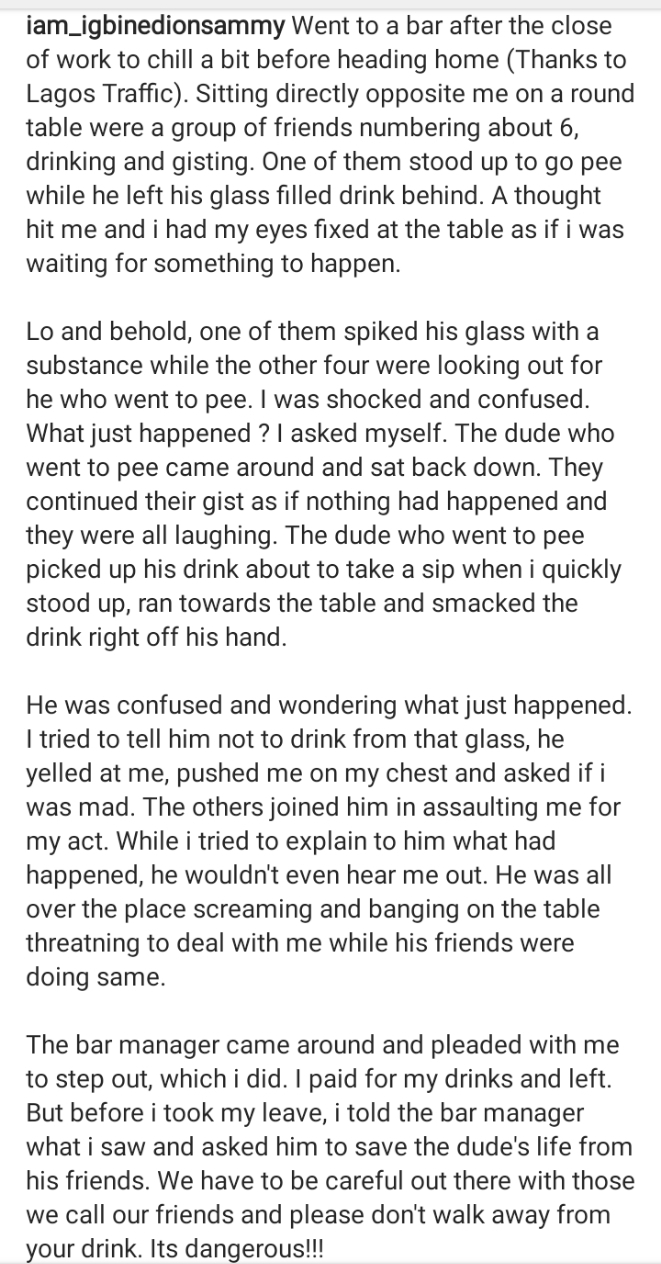