A Nigerian man has reportedly lost a well paying job for referring to his employer as ‘uncle’ during an interview in Lekki.

According to popular journalist, Kemi Olunloyo who shared details of the incident on Twitter, the applicant was actually the best qualified candidate for the job, but he lost the opportunity due to his silly mistake.

“A man lost a N200K per month job at my brother’s company in Lekki. He was the best qualified candidate. He lost the opportunity simply because he called my brother “Uncle” during the interview. Stop addressing people with titles you feel comfortable with. RESPECT” 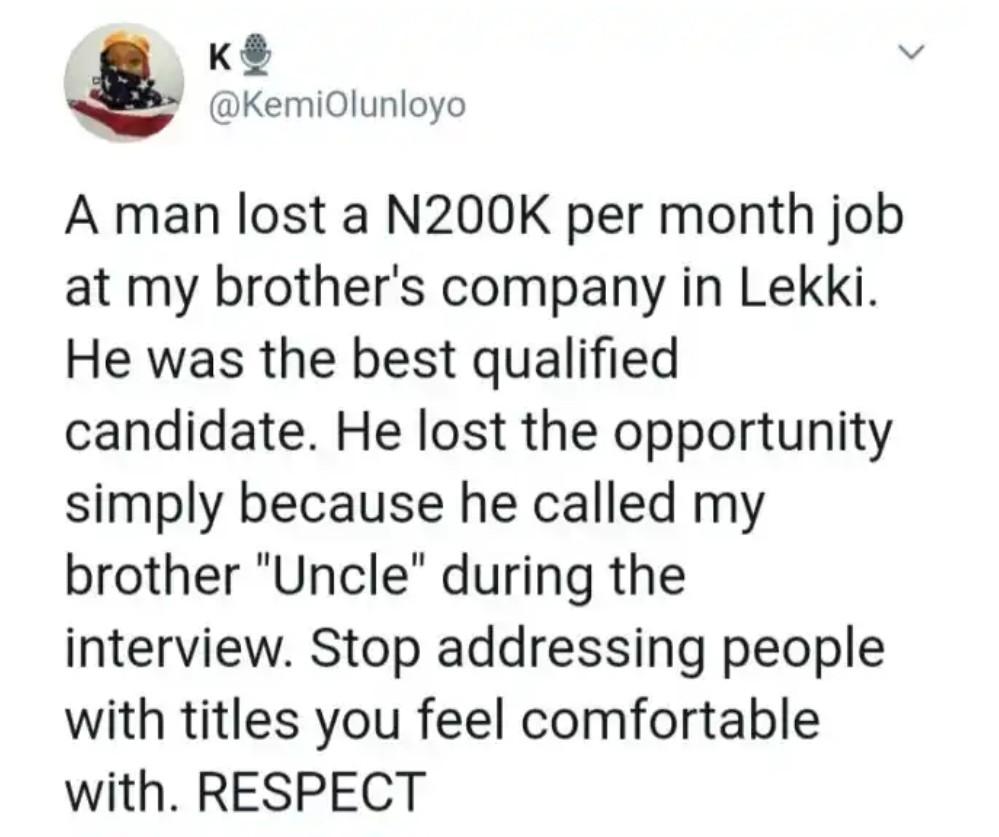