Embattled man cries out for advise as his housemaid gives him an ultimatum to divorce his wife so as to settle down with her instead. 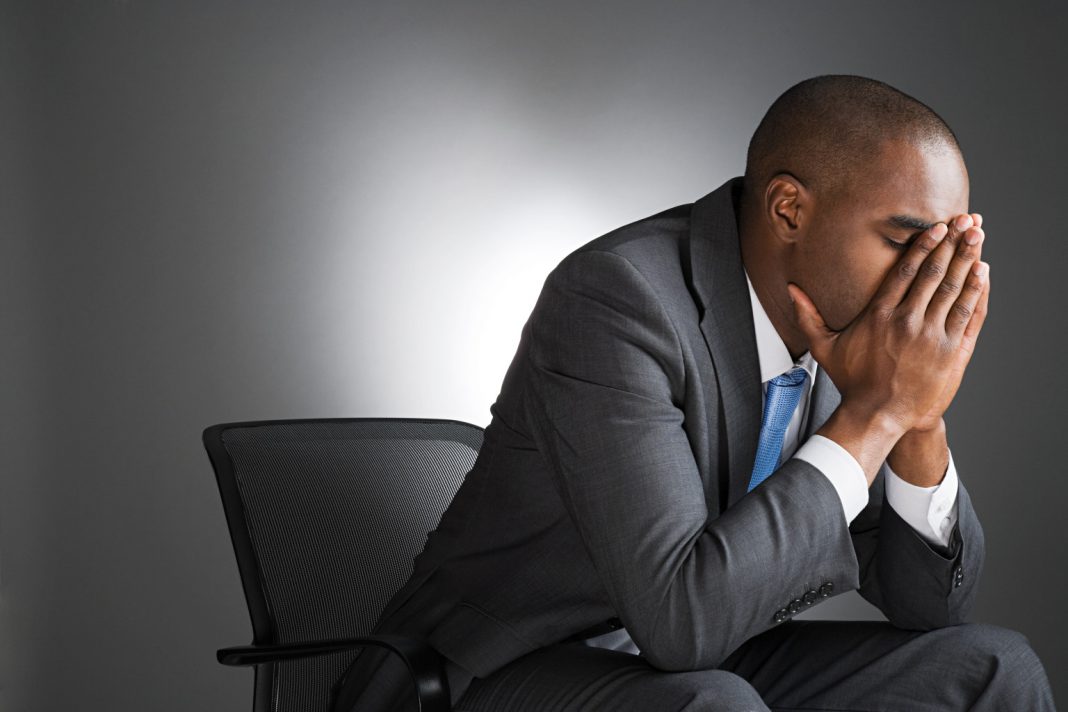 According to the narration a married man of 8 years, his wife once caught him having an affair with their housemaid, which led to the sack of the young lady.

Their love affair, however, continued as he rented a space far from home so as to continue enjoying pleasures from the young lady that he never gets from his wife.

Read the full naration below …

“Good morning. I have been married for 8years. I started cheating on my wife may 2021 after she brought in a maid. I started sleeping with the maid and my wife found out and sent the maid away back to the village.

I brought the maid back to Asaba and rented an apartment for her. Ceetee, this girl Dey burst my head. She’s too sweet I swear. I started looking for any excuse to be with her. We are compatible stxually.

The stx styles and things she do me, my wife will never try it. I’ve begged my wife for annl and she refused. I even told her to just lick my anns that I like the sensation but she said she doesn’t do dirty acts but this girl does that.

Now my girlfriend said she’s tired of hide and seek and wants me to divorce my wife and marry her. She gave me till this January. My wife have not wronged me in any way.

Because I didn’t meet up with the time she gave me, she broke up with me and traveled to an unknown place. I’ve not been my self Ceetee. Her number is d only thing I can reach her with.

She told me she’s not coming back till I’m finally through with the divorce. I now resent my wife. I’ve asked her for a divorce that I’ve fallen out of love but she refused to grant me.

She said our children comes first and d effect of broken marriage on them won’t be fine.

I miss my girl badly that I’m going crazy. I’ve called all her family and friends. They don’t know her whereabouts. Please help me.” 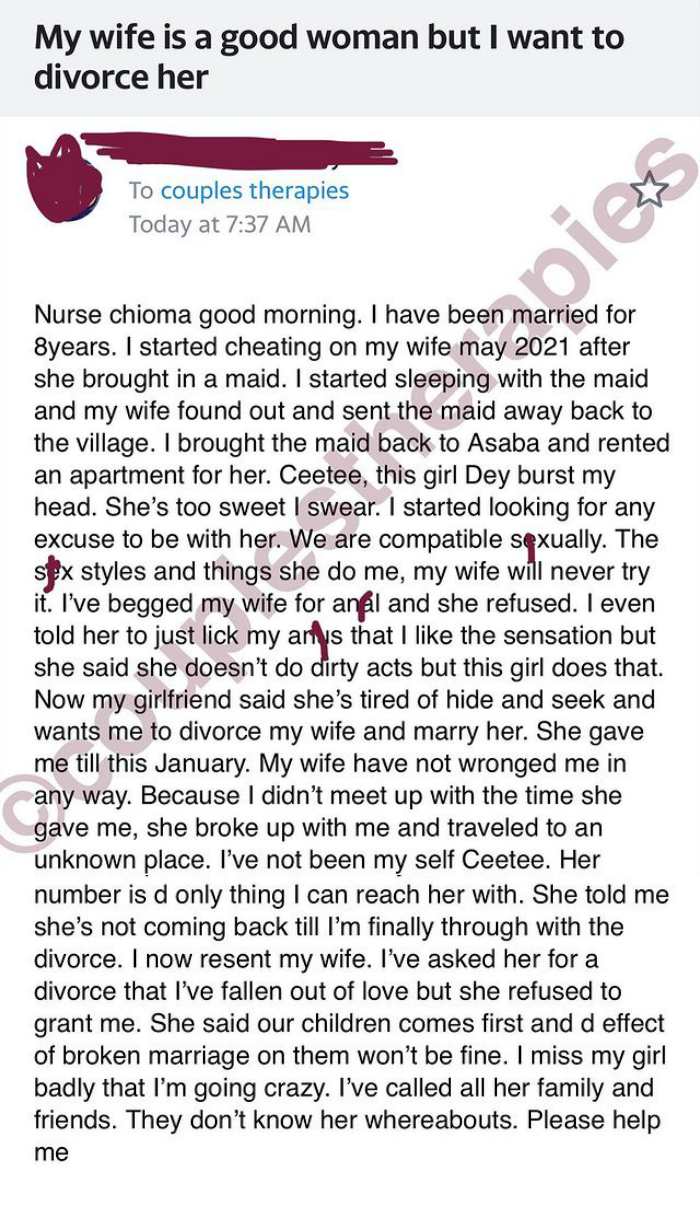