Twitter user, Kelvin Odanz has replied popular journalist, Kemi Olunloyo after she made a tweet insinuating that he is a terrorist. 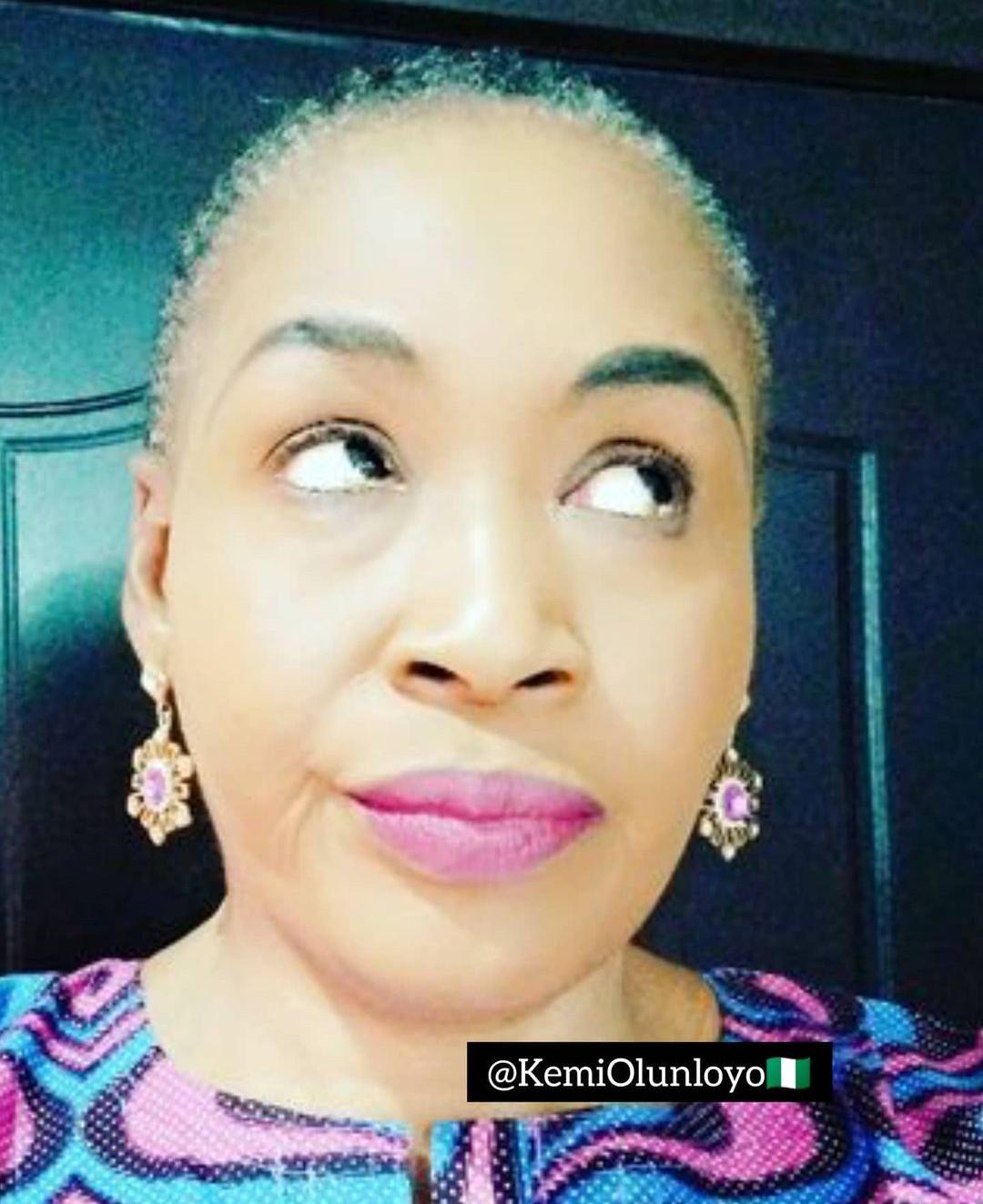 “#56Savage Terrorist or Influencer? @MrOdanz. He celebrated the FAKE Twitter suspended Kemi Olunloyo moment? when I only deactivated my account. May your haters cry every time they think they have celebrated your demise. Deuteronomy 28:7”

Kevin Odanz in his response, said;

“Aunty Kemi @KemiOlunloyo please go and pay the guy who was allegedly supplying you c.o.c.a.i.n.e in Abuja and leave me alone. You are too old for this type of nonsense. Your grandchildren are watching” 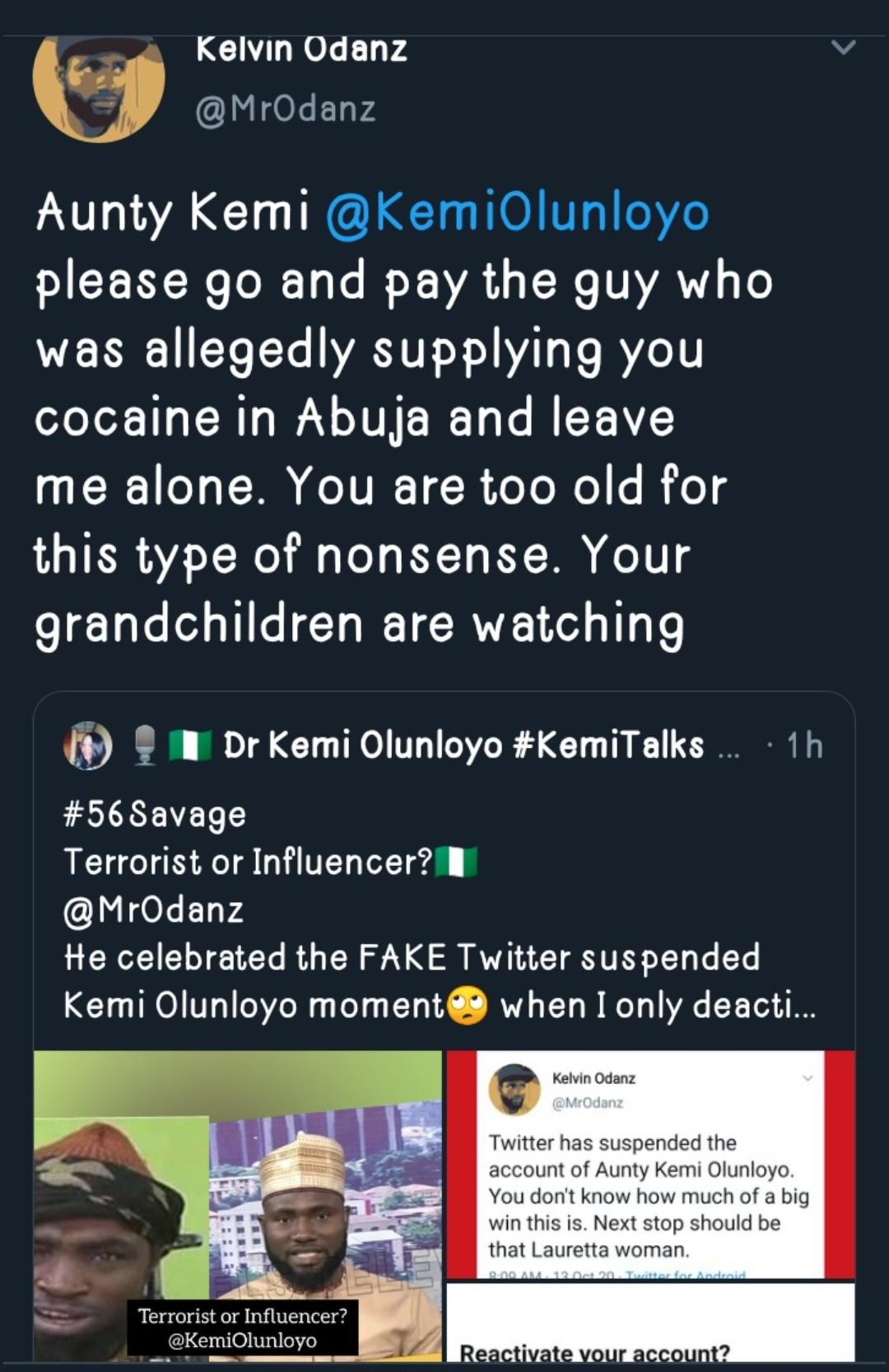 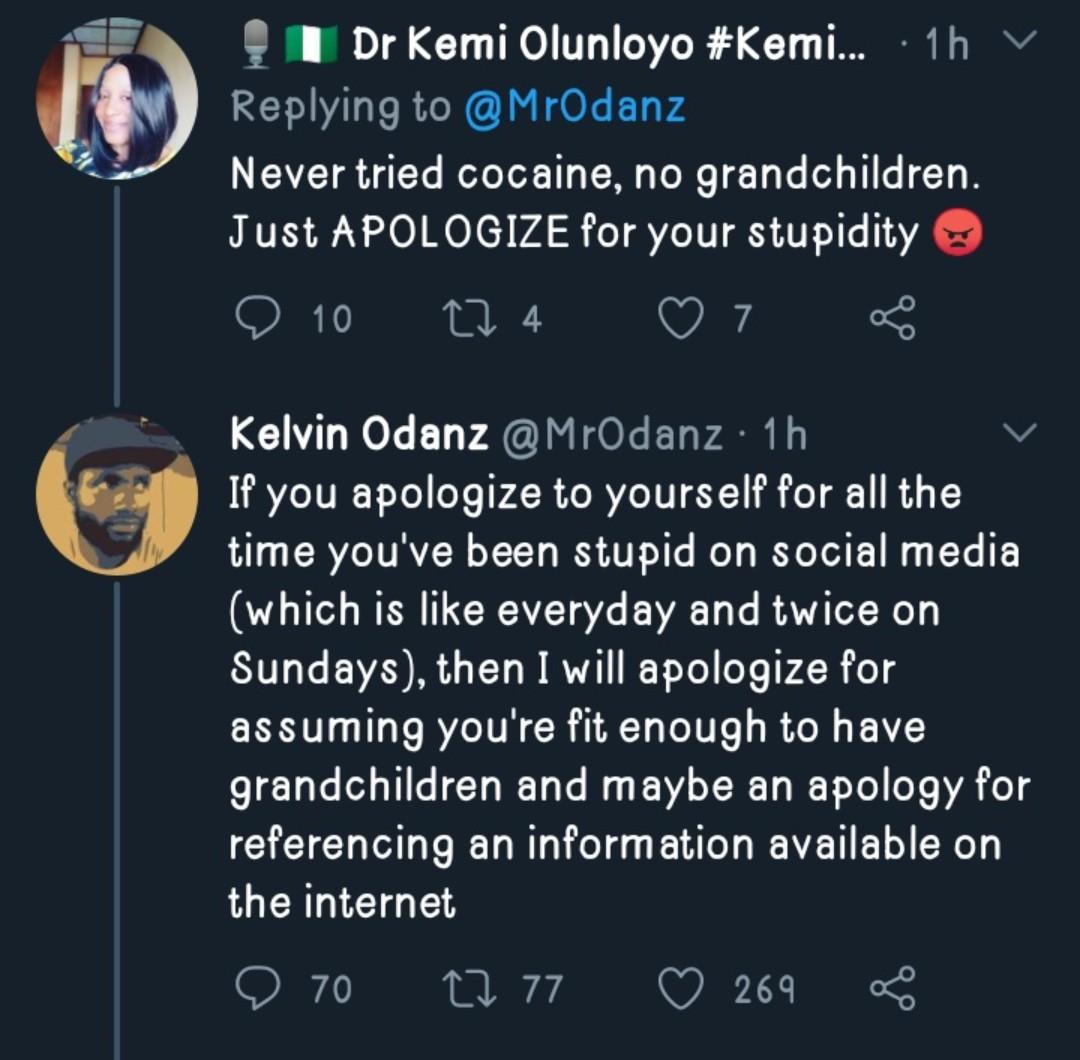