A man who was allegedly jailed for a crime he did not commit has finally been released after spending 5 years in prison. 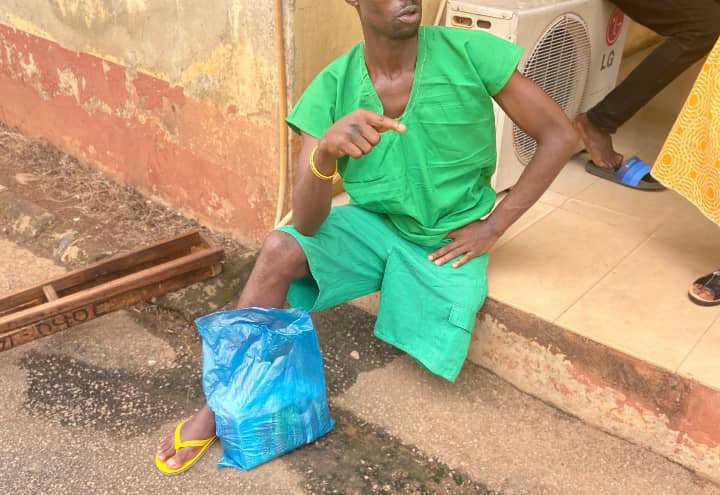 The sad story was shared by a Twitter influncer, Oluyemi Fasipe with the username @YemieFASH who said he saw him in court after he was discharged by the court as no evidence could be established against him.

According to Yemi, the said man was mistakenly picked up for being a kidnapper by some SARS officials. The man was also shot in the leg which led to him being amputated.

Oluyemi wrote on Twitter, “I saw this guy at the court now, he was discharged & acquitted after spending 5yrs in prison, he was mistakenly arrested alongside some kidnappers, he was shot by SARS during the arrest & had to be amputated. Imagine going through all these without committing any crime.

I spoke with his lawyer and advised him to write a petition to the Ondo State panel of inquiry on his behalf.”

I spoke with his lawyer and advised him to write a petition to the Ondo State panel of inquiry on his behalf.