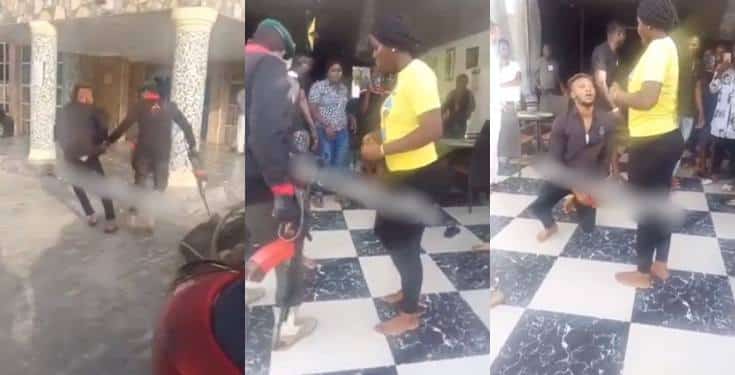 A video has emerged online showing the moment a young man staged a fake police arrest just so he could propose to his girlfriend.

In the video, the man is seen trying to ‘resist’ the police officer who was trying to ‘arrest’ him to the shock of his girlfriend who stood watching in disbelief.

However, after a while, he kneels down in front of his woman and brings out a ring to propose to her.Seeing what was truly happening, the girlfriend jumped for joy as other witnesses cheered.

The incident happened in Ughelli, Delta state. The video which has gone viral online, has caused some stir.