A young man has taken to Twitter to cry out after 50 friends who attended a birthday party hosted by a “Yahoo Yahoo” boy are dying mysteriously.

The Twitter user, @pelumiawotedu took to the micro-blogging platform to explain the shocking incident that has occurred in Alagbole Akute, Lagos. 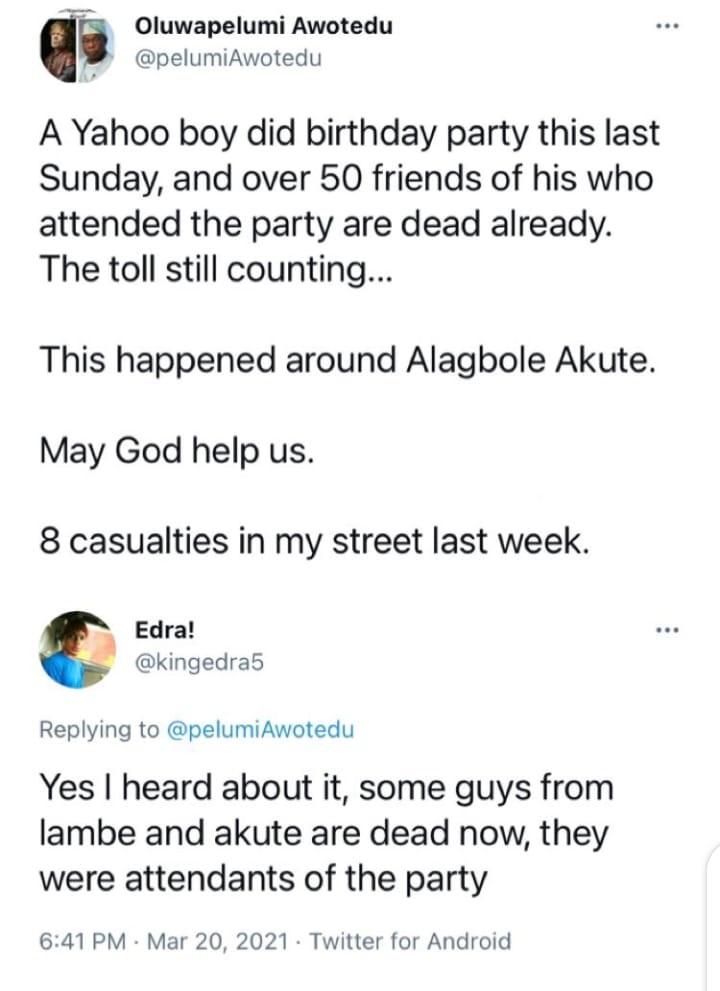 Some Twitter users living within the same area left a comment about the incident that occurred on the fateful Sunday.

@ysquare_r also claimed that his neighbor lost her friend, her child, and son to the strange incident. Not only that, but he had also claimed to a man in his street attending the birthday party with four of his friends and 5 of them are all dead. 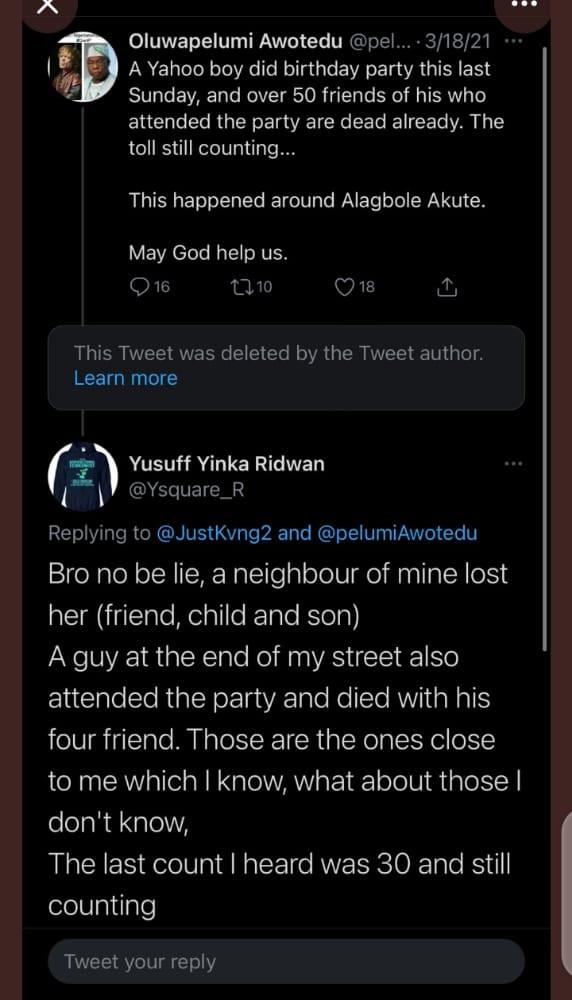 According to @ysquare, at the time of counting, they were 30 dead already.

With the public outrage wanting to know the reason behind this ugly incident, most persons are redirecting the cause for the massive deaths to be food poisoning and not anything concerning yahoo rituals.

This is because the young man who celebrated his birthday is also dead.

Here are what people are saying about this incident: 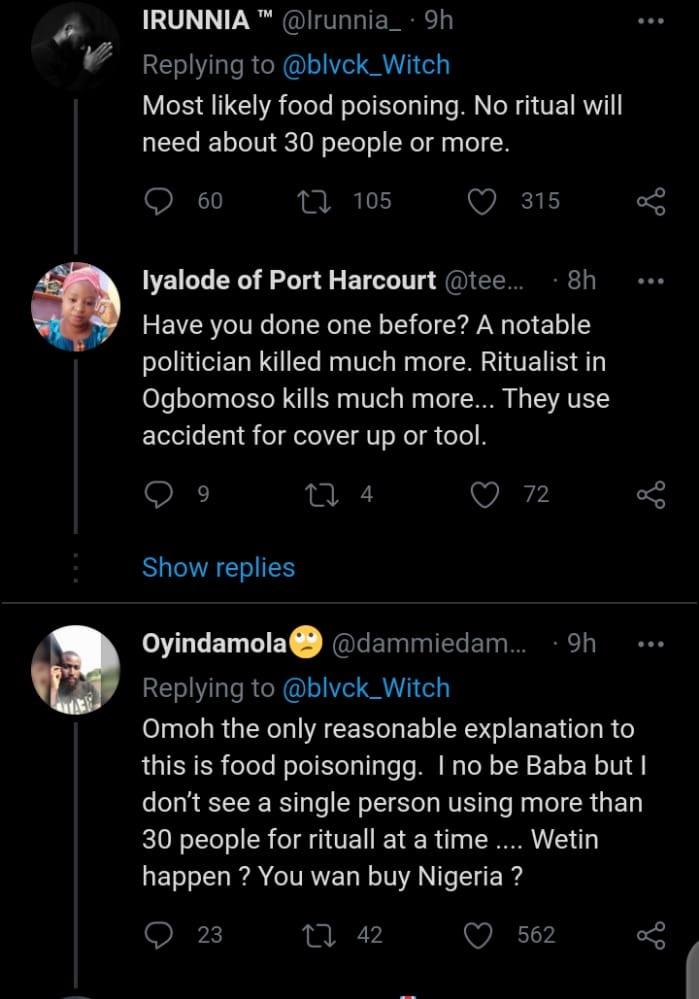 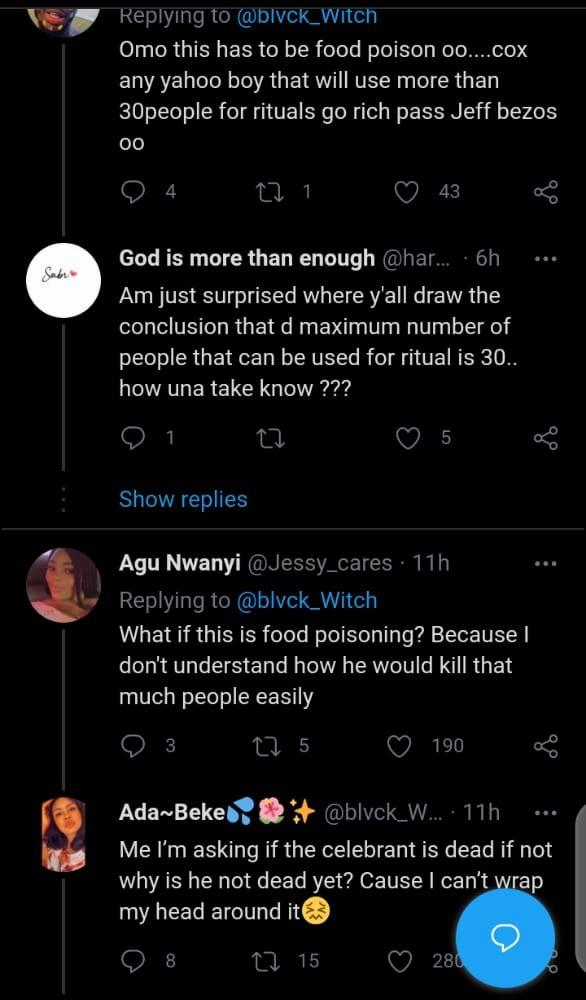 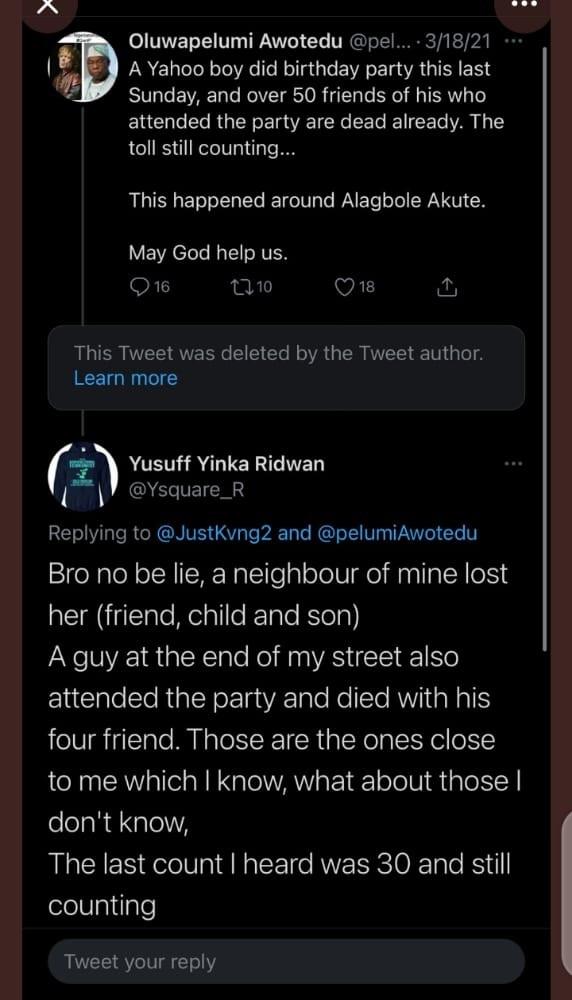