Home Entertainment News Man celebrates after he wrote DJ Cuppy a love letter and she...

A social media influencer, Akintomide Lanre Yusuff aka AsiwajuLerry, has gone nuts after he wrote DJ Cuppy a love letter on Valentine’s Day and she replied. 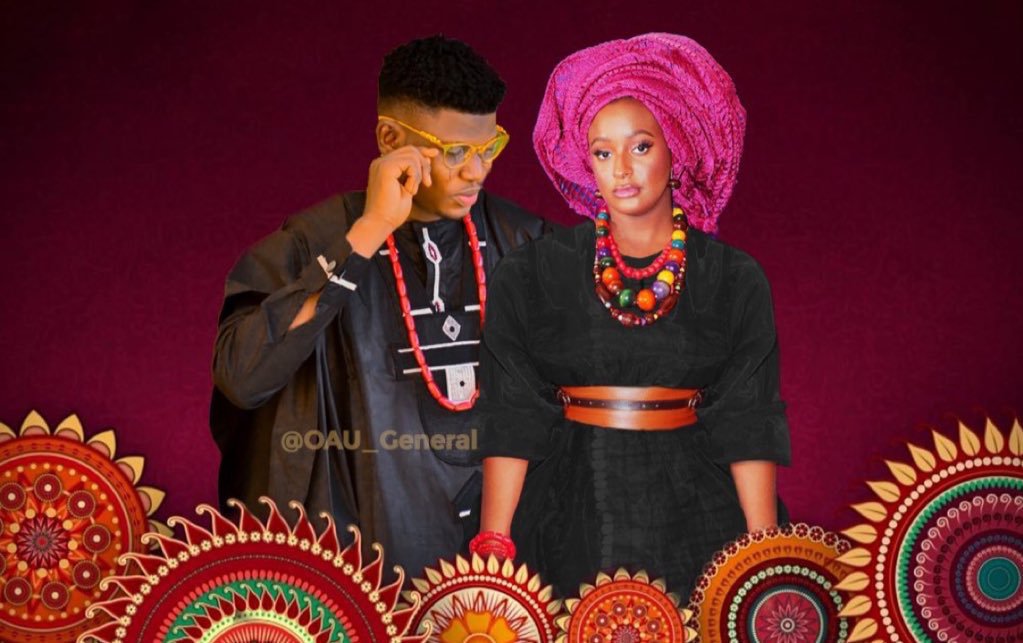 AsiwajuLerry who is known for crushing on the Nigerian disc jockey and daughter of Nigerian billionaire, Femi Otedola, has been shooting his shots for a long time and has vowed to not give up until Cuppy responds to him.

Celebrating Valentine today, AsiwajuLerry said he is not crushing on Cuppy because of her father’s wealth even though he deserves the sum of N300k for ‘boyfriend weekly allowance’.

See content of his love letter to DJ Cuppy below; 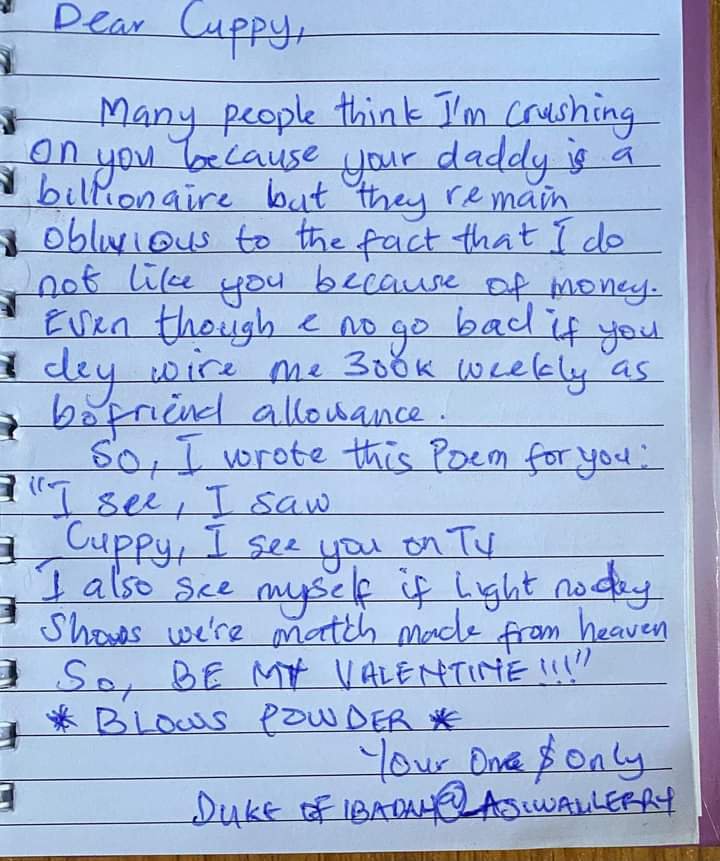 Letter to My Love 🥰 pic.twitter.com/5Duv5jkWAW

On seeing the love note AsiwajuLerry wrote her, DJ Cuppy quoted his tweet and replied with love and heart emojis. 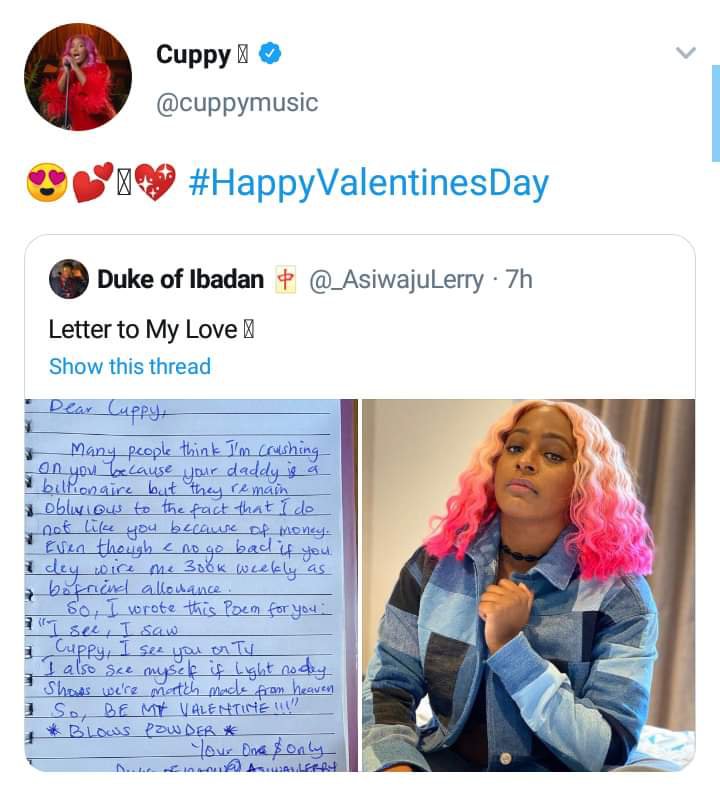 Asiwaju then went wild the moment he saw DJ Cuppy’s reply and quickly designed a photo mix of him and Cuppy and posted on his page, vowing never to allow anyone rest on Twitter because she finally replied his tweet after many years of crushing on her.

Nevertheless, Asiwaju headed to the comment section of DJ Cuppy’s reply and professed his undying love for her.

Asiwaju wrote, “My Love 😍 MY BABY 😍THE PRINCESS OF AFROBEATS 😍 An epitome of beauty 😍 Black and shine 😍 Cuppy Gelato. No monkey will ever come between us!!! Love you from the earth to the moon. 😍😍❤️❤️❤️” 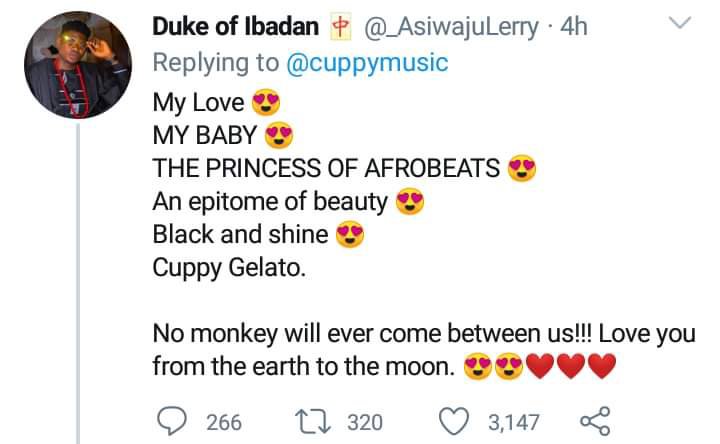