Home Entertainment News Man calls out lady who requested for N100K to learn makeup but...

A furious businessman has taken to social media to tell of a lady who approached him for assistance to pay for a skill used the money given to her instead to buy a phone. 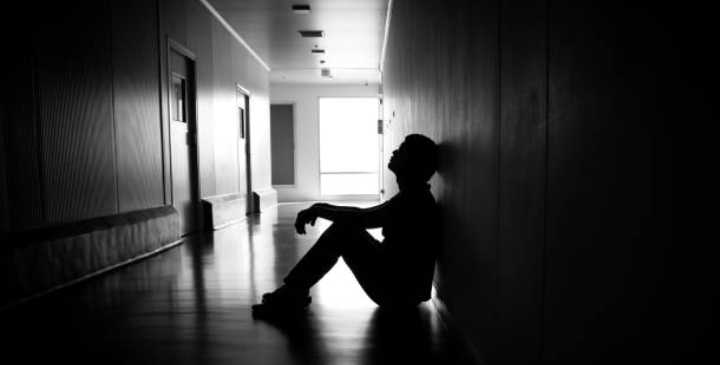 Iwuala Nnamdi, the businessman who called the lady out on social media, said she met him and asked for N100,000 in order to pay for cosmetic training sessions.

Iwuala Nnamdi said that he connected the lady to another man who assisted her with the charge, but that she unexpectedly spent the money on a phone instead.

“You came to me and said you want to learn make up, I told you I don’t have money but I’ll try for you as soon anything came up, fast forward a week later, I introduced you to a guy because you told me your problems.

Without having anything with you he gave you 100k you went and you bought phone and now you came back to remind me of the promise to pay for make up lesson. Are you not abnormal, you are blocked from my inbox olosho if you ever make comment on this post I’ll block you Ode.” 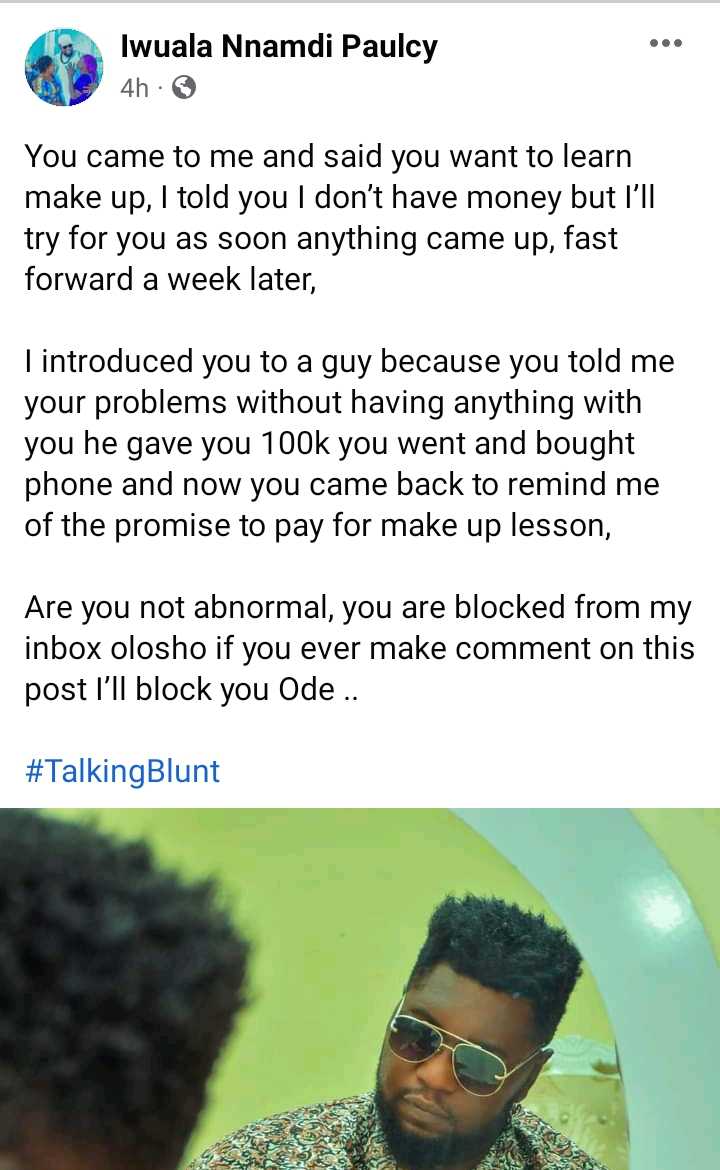