Home Entertainment News Man calls off wedding after finding out his wife-to-be slept with his...

A Twitter user identified as @sugarrbaby has narrated how a man called off his wedding after finding out that his fiancee had an affair with his bestman.

While planning wedding, the heartbroken man discovered that his wife-to-be and his best man had sexual relations in the past, and he couldn’t control his emotions so he quickly called off the wedding.

According to Sugaarrbaby, the man called off his wedding after he learnt of his fiancée’s and best man’s past escapades.

Apparently, he found out a day to their wedding that his bride-to-be had slept with the best man years before she met him.

The tweet reads; ”Lmao so this guy called off his wedding because his wife to be had sexual relationship with his best man years before they even met.

He found out a day to their wedding day. She said she didn’t think it was necessary. That she had even forgotten about it.” 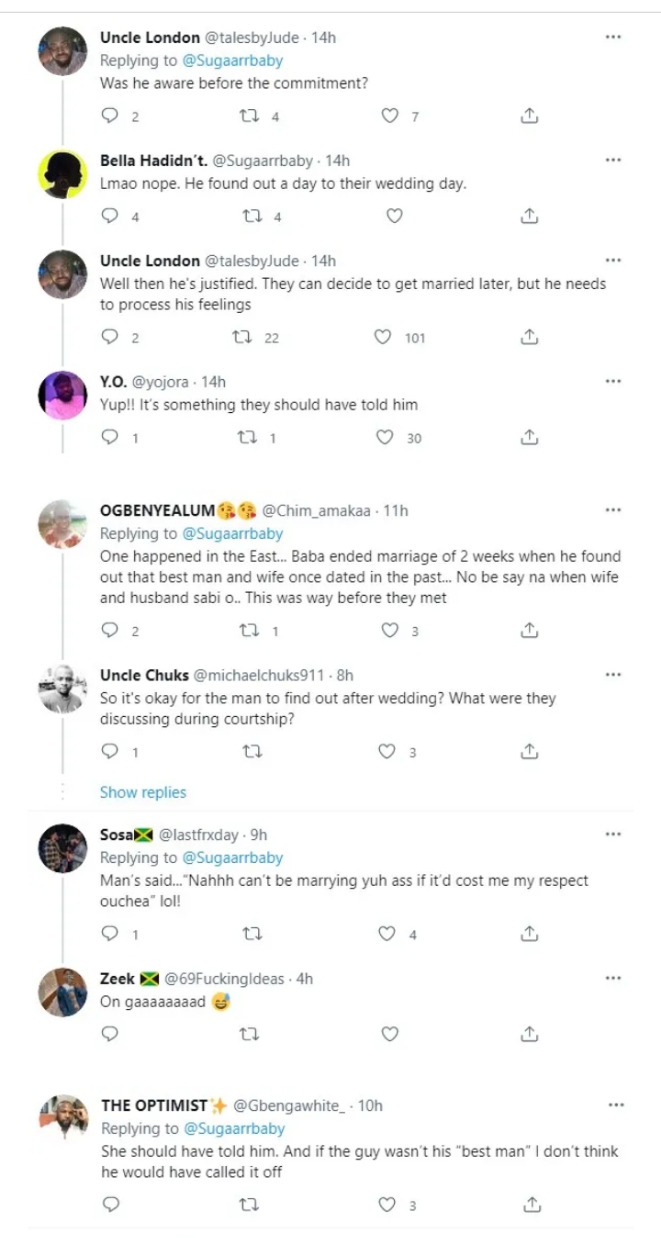