Home Entertainment News Man appreciates his wife by taking her to Santorini for their 10th... 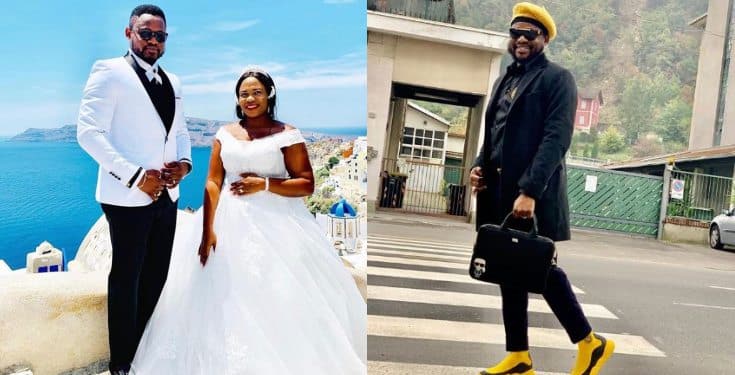 An Edo businessman has fulfilled a promise he made to his wife 10 years ago when she took a chance on him despite the ridicule she faced.

Hon Eghosa Agbonifo said his wife was mocked for getting pregnant for him, an okirika seller. They had to have a shotgun wedding that included him borrowing a suit and a car. 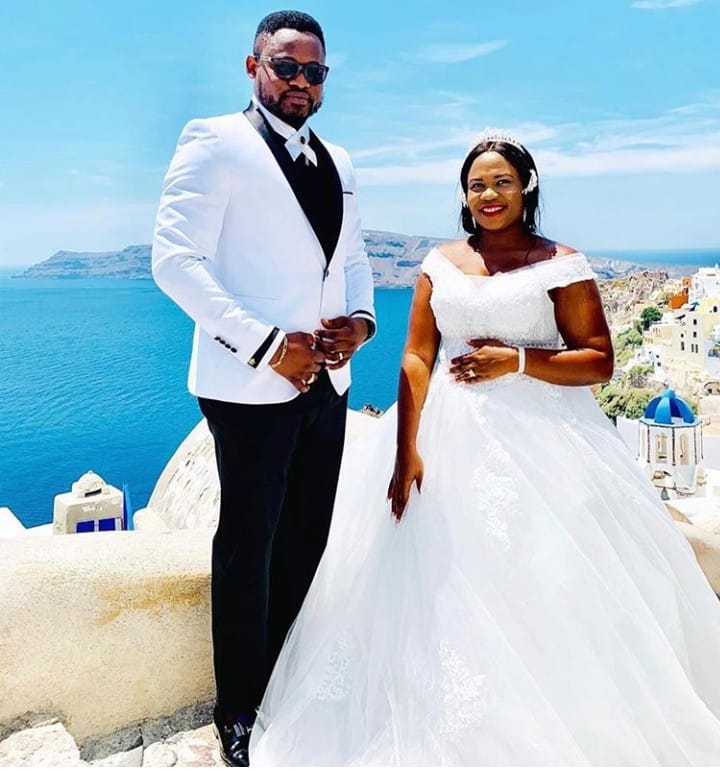 And he did. He took her to Santorini Island in Greece for their 10th wedding anniversary and they recreated their wedding photo as he promised. 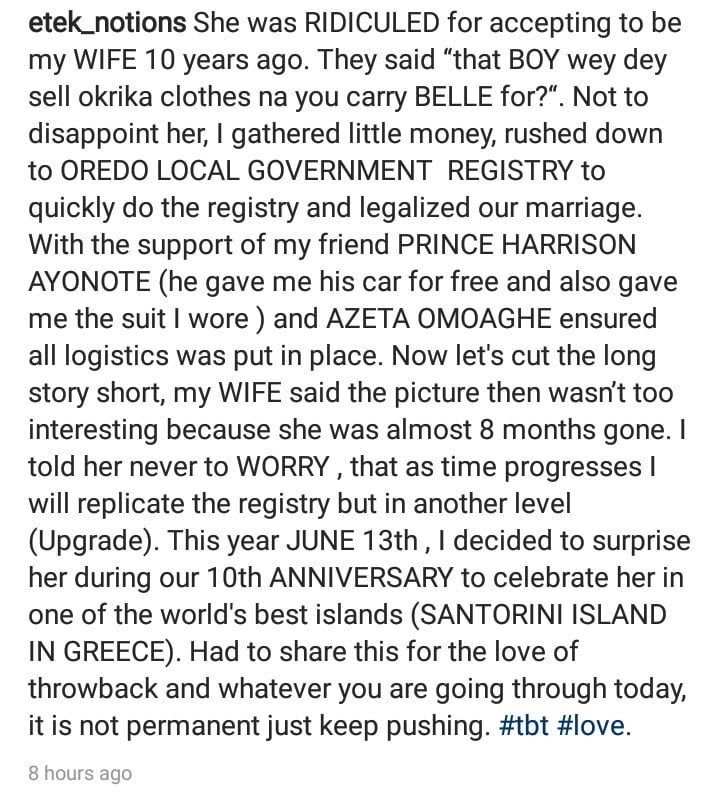