The little boy in a recent viral video who asked his mum to “calm down” has bagged a juicy ambassadorial deal with an anti domestic violence NGO. 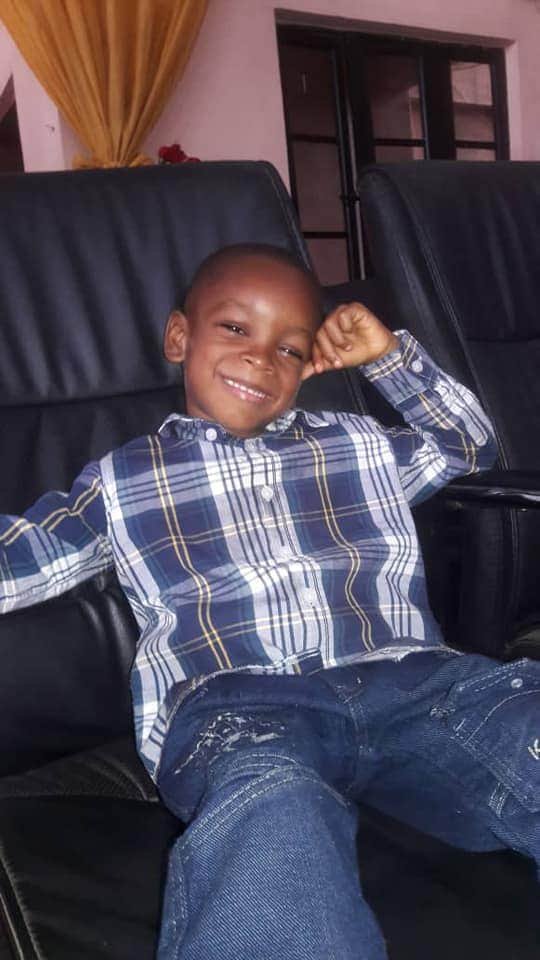 The nongovernmental organization, Combat Domestic Violence and Abuse Foundation made the announcement on their Facebook page.

After coming across his video nd falling in love with him, the NGO declared search for him. They wrote…

“Calm Down!
We, the president, (Chief Dozie Kaidi Obiaku), members and trustees of the Combat Domestic Violence and Abuse Foundation would like to enjoin the general public to help us get to the boy in the viral video.

We would love to make him an ambassador.

Every violence in the world could be avoided if we learnt to clam down.

We have adopted ‘Calm down’ as a key mantra now and we would love to bring the boy in as one of us.

Please help us find him. Thank you.”

Upon finding the boy and meeting with his family, the Nongovernmental organization took to Facebook again and wrote…

“Behold Our Calm Down Ambassador

I want to say thank you to all those who shared my request to meet the ‘Calm Down’ boy in the viral video.

Mr. Ajala, got me thr telephone number of Mrs. Lawal and we have spoken.

Our board of the Combat Domestic Violence and Abuse Foundation are in talks about how our ambassador will help us preach the need for restraint when we are angry.

You will all the hearing from us soon.

Thank you once again.

N.B: Alonge Michael, Peter Oladiran and co, thanks for using the story on your blogs and platforms.” 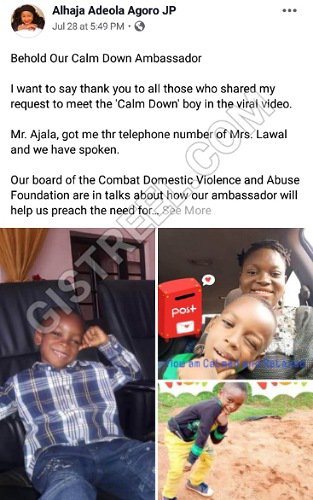 Recall that few days ago, the little boy became an internet sensation after a video of him pleading with his mom not to flog him went viral. Watch video HERE.