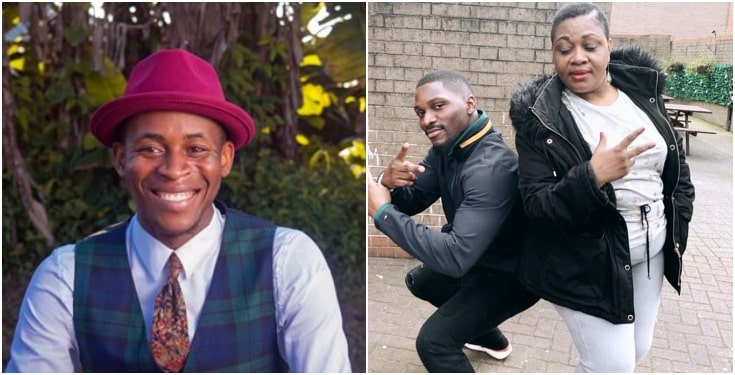 Tobi Bakre’s mother has been slammed by writer and life coach, Solomon Buchi, Bartholomew, over the comments she made while giving marital advice to couples.

In the video, Tobi Bakre’s mother said a woman should not be too jealous and also shouldn’t bother about her husband’s whereabouts. According to her, doing such will only give the woman more problems.

In reaction, Solomon Buchi wrote on his Instagram page:

@tobibakre ’s mom shared tips on how to hold up your marriage as a woman on their 29th marriage anniversary and this is one sad thing I’ve heard recently.
.
It is horrendous to know that women still think this way, and moreso a woman who has a son and daughters. Is this what she’d pass to them? Habilitating men’s irresponsibility and lack of commitment in marriage relationships?
.
This is total crap. If a woman is expected to give full commitment, why shouldn’t a man do so too? She even said the woman should be happy at least that he married her, and she shouldn’t complain if he goes out. This is disturbing, and even more that some young women also think this way.
.
Marriage is no effing trophy for women and they must not take any crap in it just because a man feels he’s given her some medal by getting married to her.
.
It’s high time we called men to their senses. We should stop fostering this menace. Commitment is not exclusive to the female gender.
.
This mindset of ‘let him be as far as he comes back home and takes care of you’ is ludicrous. What if he brings back diseases and infects you? Even if he doesn’t infect you, it’s total disrespect on the marriage to have mistresses outside. It is emotional abuse.
.
Dear modern woman, this is the last thing you should ever do. If your hubby is a serial cheat. Walk away! Somehow men still cheat because they know women will make up excuses and settle for them. You won’t take all this shit when you stop seeing having a man like a trophy, because you’ll go for a quality man, not just a chauvinistic and misogynistic animal with a dangling penis that knows no boundaries.
.
She talked about how other women will take over if you leave your cheating hubby. Phew! It’s either you have the whole of a man or no man at all. Man no be life. Let others come and take over the crap please.
.
The counsel in this video should never be taken serious. It is old fashioned, obtuse, dehumanizing and doesn’t say anything beautiful about women getting married.
.
When I say our parents took a lot of crap just to stay together but that’s ending. It has to be a marriage filled with love and commitment or no marriage at all.