Lekki residents have remained resolute as they continue #EndSARS protest despite heavy downpour of rain in the vicinity. 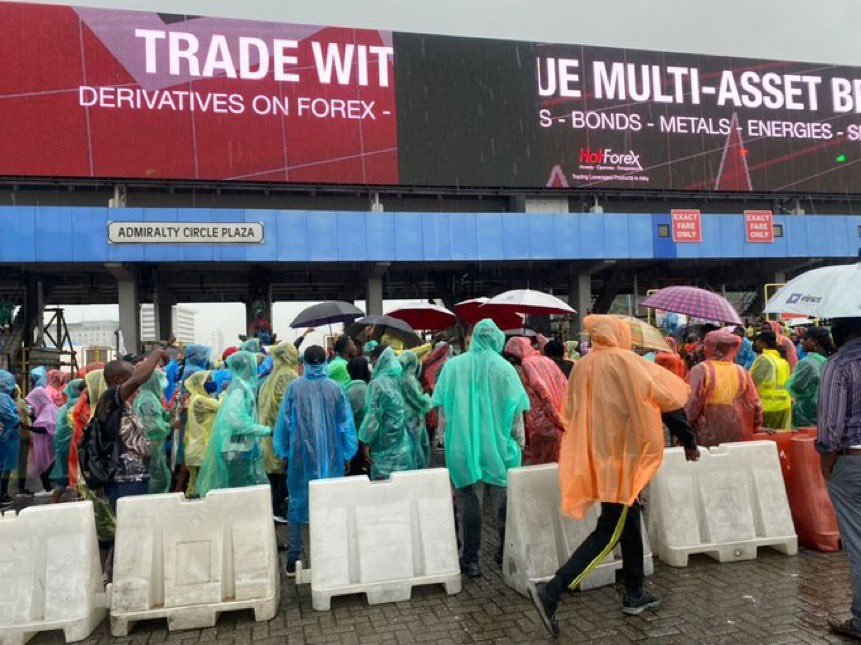 The residents defied the heavy downpour in Lagos today October 14 and have continued the #EndSARS protest.

The protesters wore their raincoats, boots and held their umbrellas as they continued the protest for an end to police brutality and a total reform of the Nigerian police.

Taking over the toll gate along Lekki-Epe Expressway, they chanted solidarity hymns as they caused heavy vehicular traffic along the expressway.

See photos and videos below 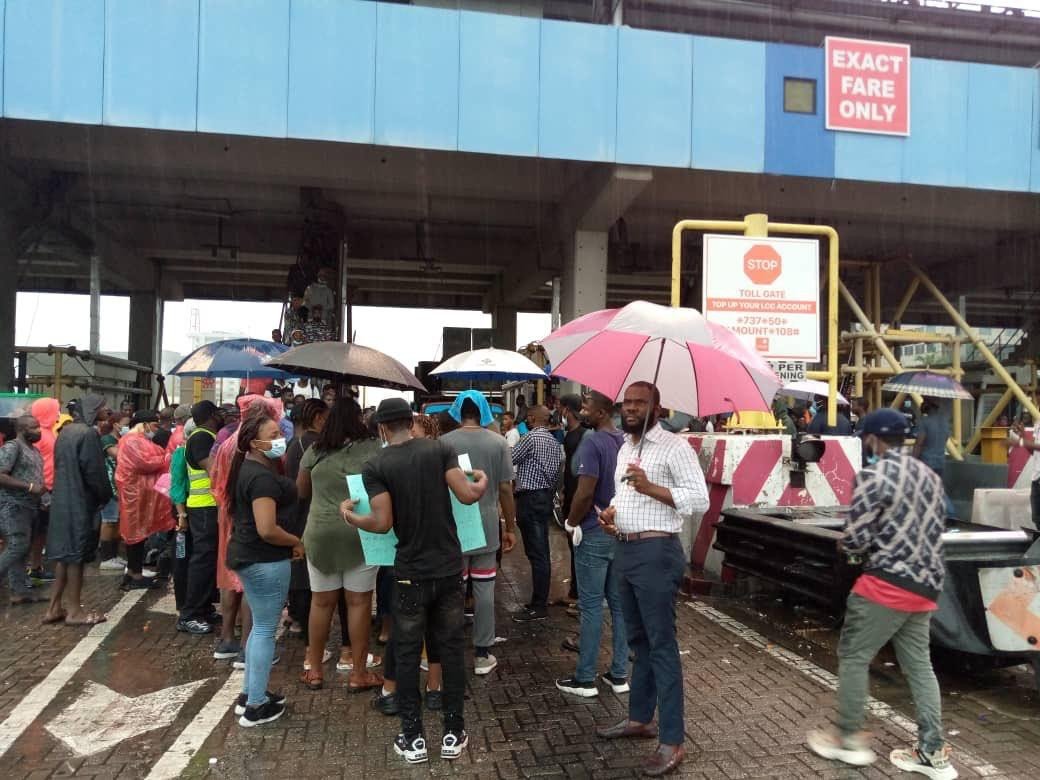 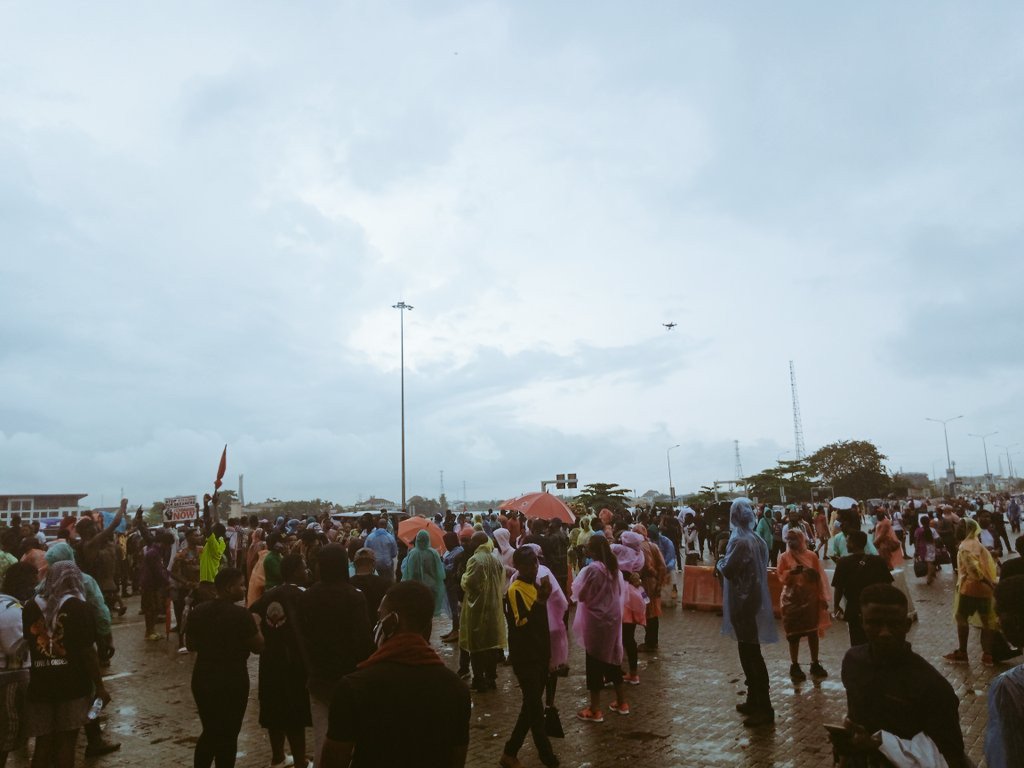 In a related development, Nigerians have kicked off an #EndSWAT campaign after the Inspector-General of Police formed SWAT to replace SARS. Read full story HERE.