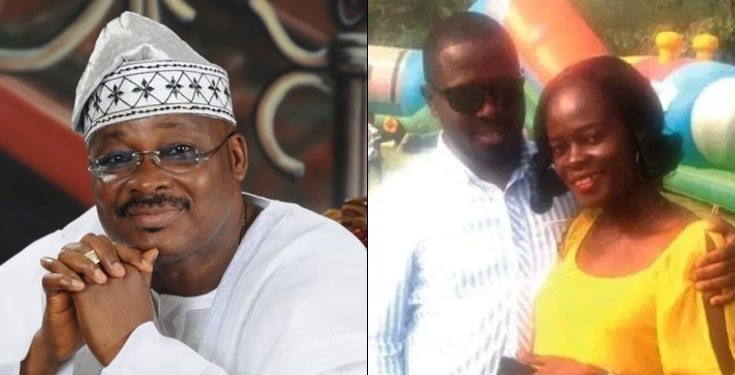 Recall  that Yewande, a lawyer was convicted in November 2017, after being found guilty of killing her husband with a knife following a disagreement on February 2, 2016, at their residence in Akobo area of Ibadan. She had only served 2 years out of her 7 year prison sentence before being granted clemency by Governor Ajimobi, allegedly facilitated by her ‘well connected family’.

After the controversy that trailed the clemency granted to Yewande Oyediran,a former Attorney-General and Commissioner for Justice in Oyo state, Mr Seun Abimbola, has revealed why the released murder convict’s name was added to the list of those granted amnesty by Governor Abiola Ajimobi.

Commenting on the amnesty granted to Yewande, the former AG noted that the former Oyo State Governor had the constitutional right to grant amnesty to any convict. Debunking claims of her family’s influence inspiring the clemency, Seun disclosed that the lawyer was among the 50 people pardoned by the state on recommendation of a committee set up to look into the petitions of 400 persons, who had pleaded for clemency. The committee reportedly comprised of commissioners, officials of the Department of State Services and other government agencies.

“The issue of clemency by any government is a constitutional matter and the exercise of that power is not arbitrary. It is based on the recommendation of the committee on the prerogative of mercy.

“The committee is chaired by the attorney-general and also has DSS officers, the police, the chaplain and the chief imam of the Government House, Legal Aid Council; Director, Legal Affairs; the Solicitor-General and the Director of Public Prosecutions as members. So, it was not an arbitrary decision.

“The lady in question is just one out of 50 who were pardoned. And the 50 who were pardoned were drawn out of 400 who were considered. So, she was not singled out as some are insinuating. Even the prisons authorities brought recommendations on the good behaviour of those pardoned” he told Punch.

Seun also dispelled claims of Yewande serving only 2 years out of her 7 year jail sentence. According to him, she had already served nine months in prison which was equal to a year. The former AG maintained that the freed convict had already served half of her sentence, as her prison time was counted from the day she was detained.

“She was arrested in 2016 and her sentence started reading from the day she was arrested. A year in prison is nine months. She was not convicted of murder but of manslaughter. It was a fight between a husband and a wife, which resulted in death.

“People should stop saying she killed her husband as if it was premeditated. The amnesty was not a secret one. We did it every May 29 and even the new governor pardoned convicts on June 12″ he added. 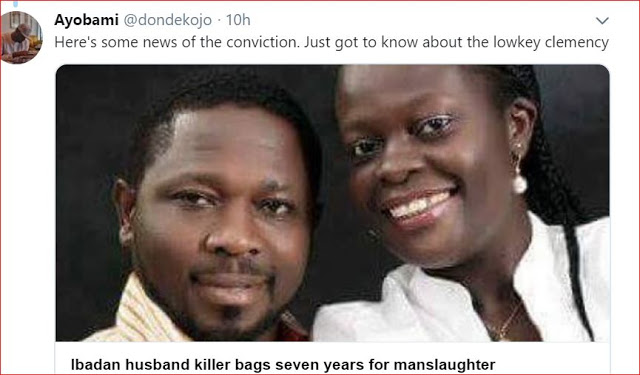 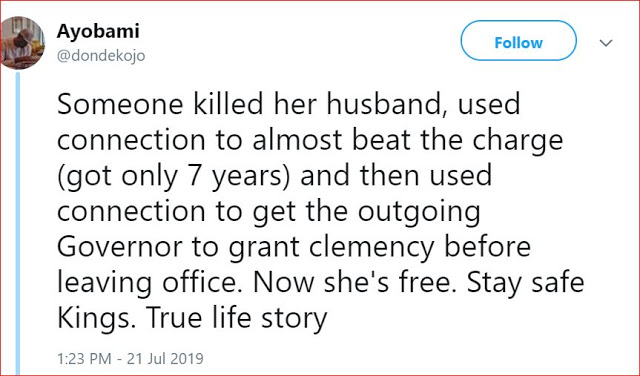 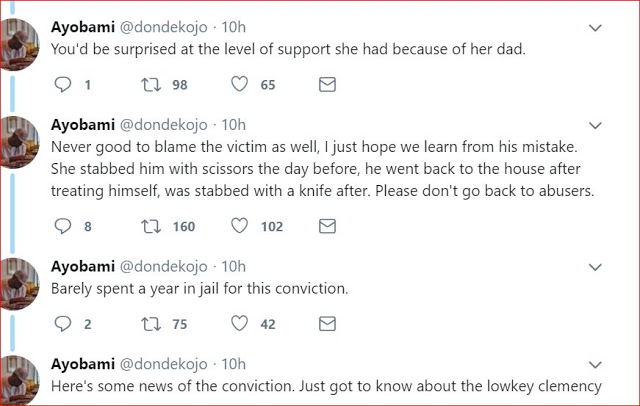