A Nigerian lady, Rita Abang was allegedly stopped from committing suicide after her Pastor allegedly shared her nude photos in their Church’s Whatsapp group.

The cleric who allegedly shared the nude photos is said to be a Pastor of Living Faith Church a.k.a Winners Chapel. The lady who shared a suicide post on Whatsapp, Twitter and Facebook, was reportedly found with 4 bottles of poisonous insecticide, Sniper.

“#HeyBabe I know suicide is bad, but I have no option than this. I love my parents and my little girl. By tomorrow I will be dead. Know that this man Francis Moses Ukugha is the fault. How can you tarnish my image and post my share my naked pictures on our church WhatsApp group.” 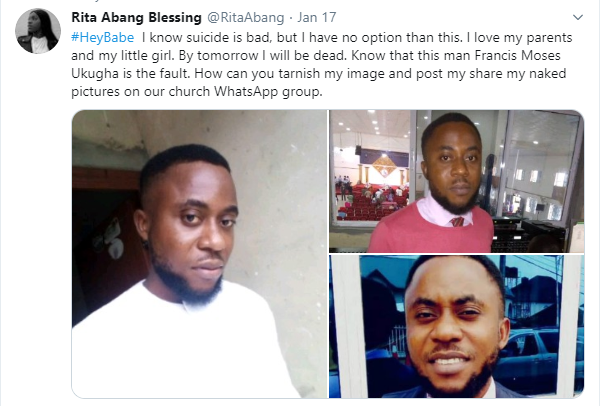 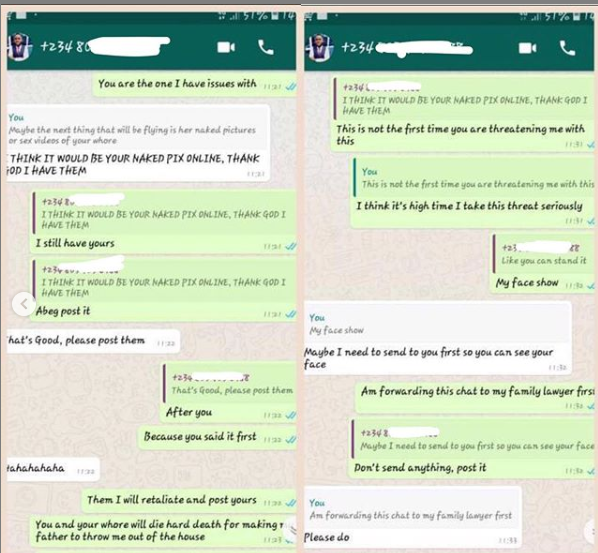 Twitter user @pricelesscindy however confirmed that the lady was saved from committing suicide and now closely watched by family members.

“#Chioma Nobody should ever joke with a suicide thought, my friend made a post yesterday about taking her life on twitter, Facebook and WhatsApp status. She is closely watched by her family members, after thorough search four bottles of snipers was found in her possession.” 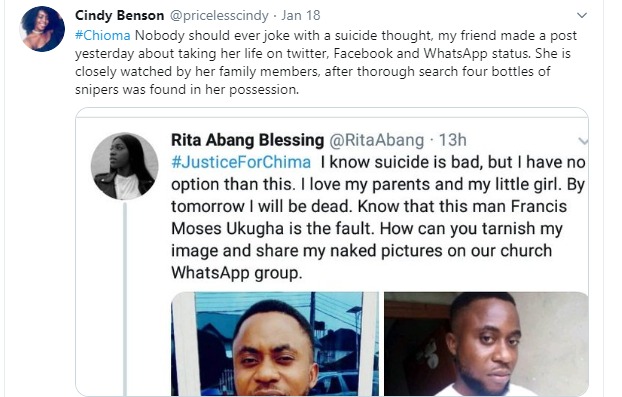