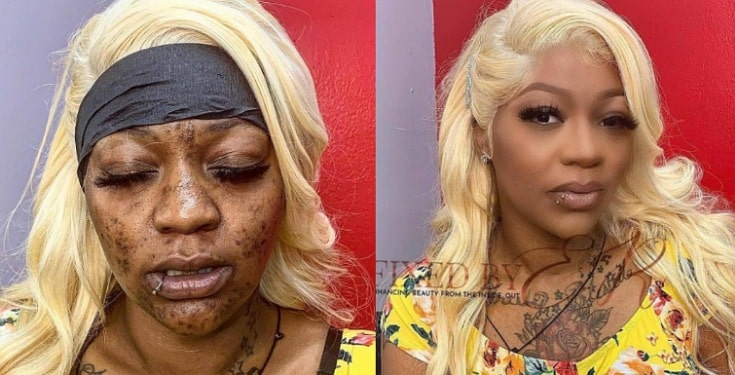 A young woman who shared before and after photos of her face during a make-up session has gone viral on social media.

The woman had shared a photo of her face before the makeup was done, and from the photo, one could clearly observe the roughness and visible scars on her face. 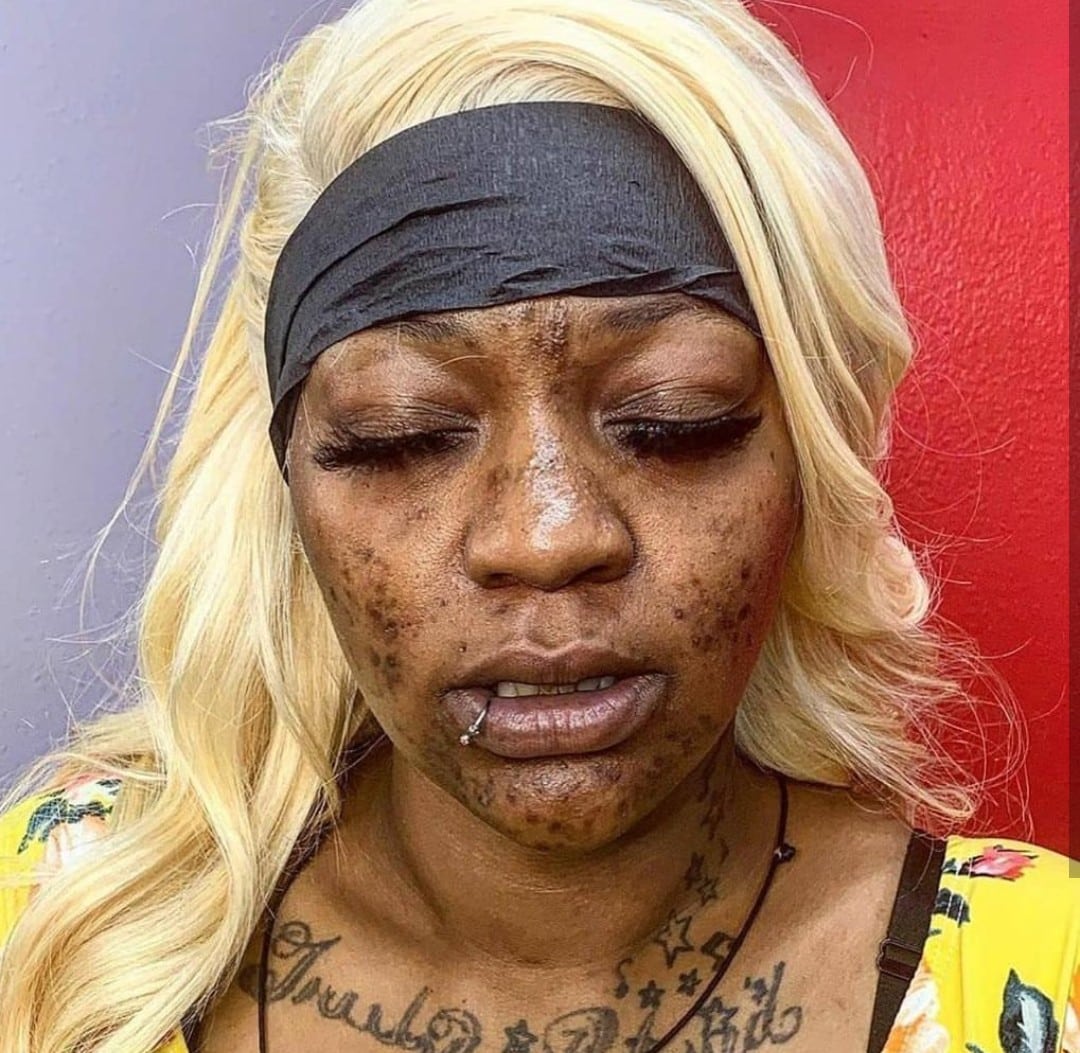 However, the after photo was superb and all the patches and scars were perfectly covered. The lady looked so different and more beautiful than she was prior to the makeover. 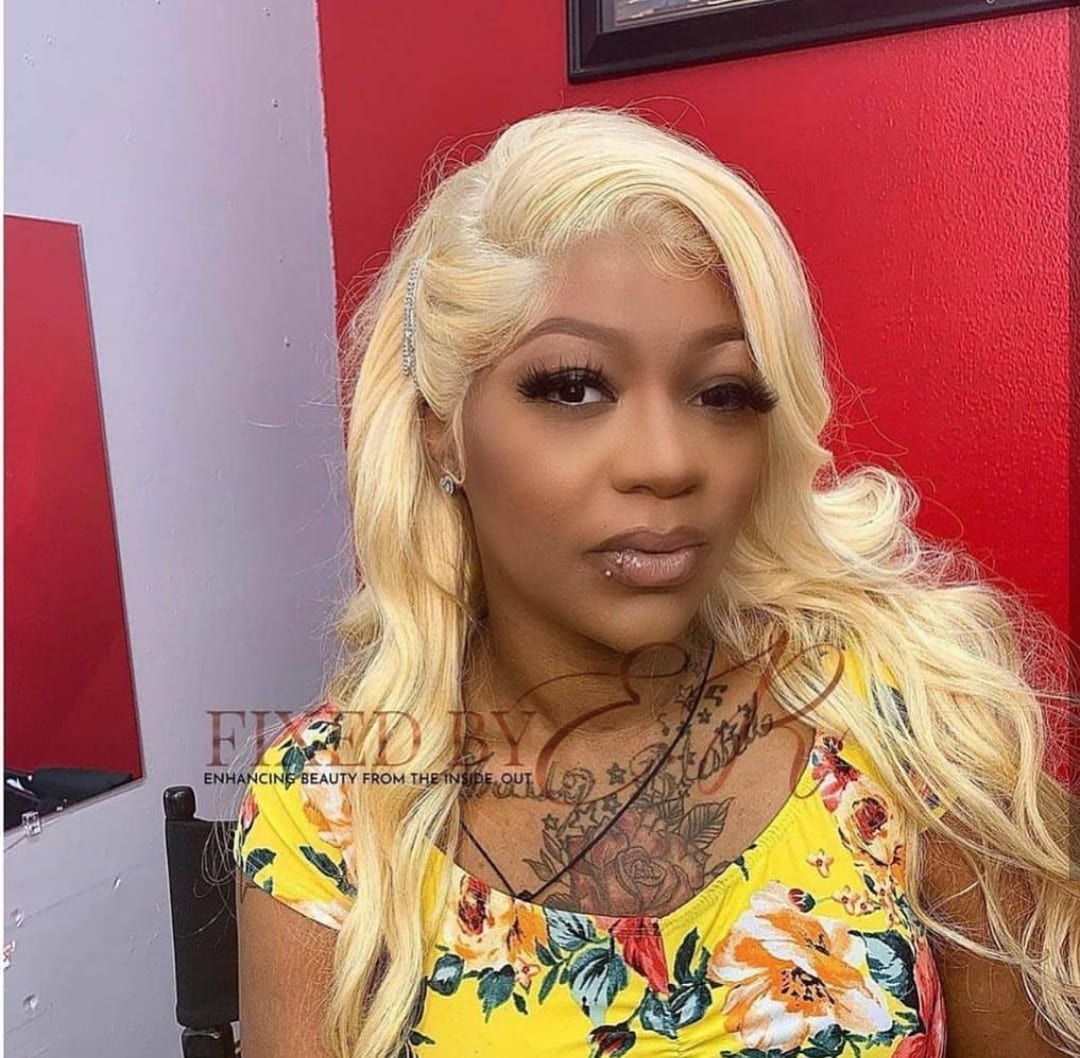 Reacting to the photos, social media users dropped some hilarious comments after the picture went viral. A particular user called it “a miracle working makeup”. 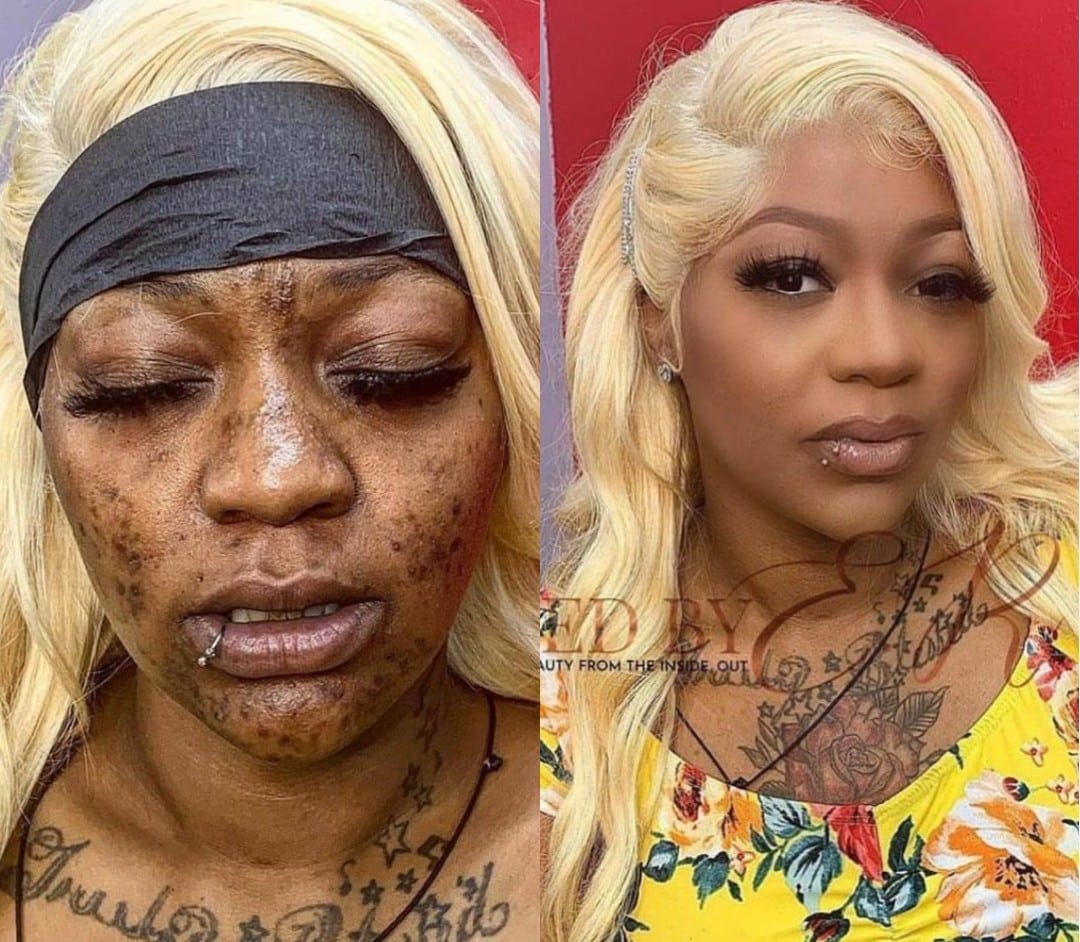