Home Entertainment News Lady reveals what her pastor told her in church after her father’s...

A lady has narrated what her pastor told her in church after herself and her family went for outing service following their father’s burial.

The Twitter user identified as @femmehuman said the pastor informed them that their pastor promised to fix windows for the church, and now that he’s late, they should endeavour to finish the project. 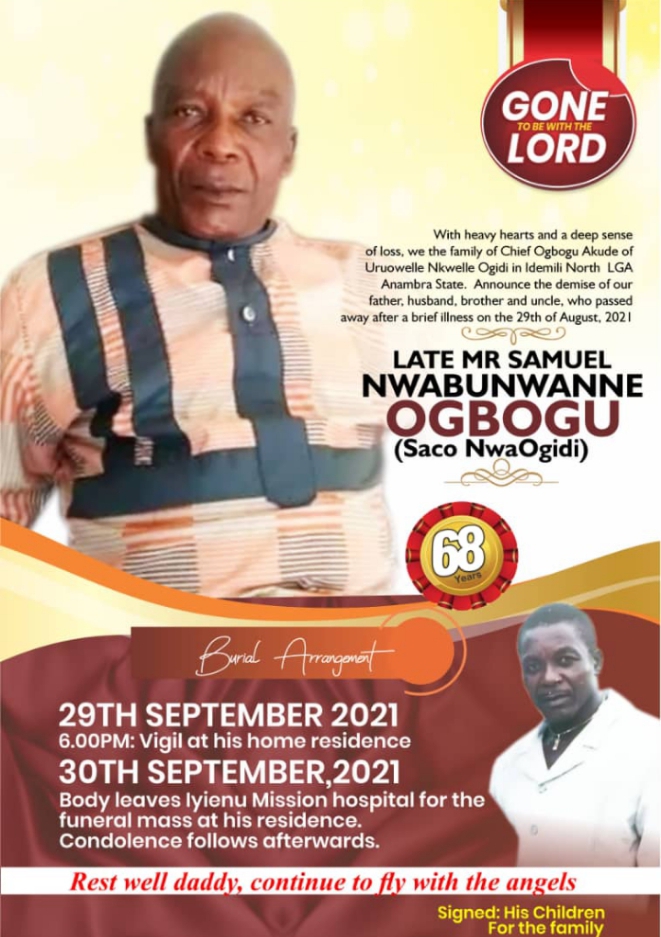 “We buried my dad on Thursday and went for his outing service yesterday, after the pastor finished praying for us at the altar he told us that our late dad promised to fix 2 windows for the church and since he’s dead now we should endeavor to finish his “proposed project”. Coming barely 4days after laying him to rest and the family still trying to recover from burial expenses.

This is a church or less than 40 congregation where everybody knows everybody by face and name and my mom is a Deaconess. Dad died 29th of August and I came back on the 2nd of September, since that 2nd till the 30th the pastor came for burial mass, I’ve not seen him drop by to check up on a top church member/close family friend in the person of my mom buh he remembered to tell us the children of the deceased still in mourning to complete a Church window(s) promised by the deceased.

Make of this anything you want buh don’t bring your dumb self here to tell me how if it’s a native doctor or the embassy that asks that of me how I would do that without as much as an argument.

Churches in Nigeria makes me sick 🤮😠Don’t guess much on my reaction immediately he said that- I burst laugh in front of the altar and being that the church was quiet, everyone heard lol.

The disgust on the faces of the people that accompanied my family to the outing service by what the pastor said is another story”.