Home Entertainment News Lady narrates how her baby died after her mother-in-law gave her crude...

A lady simply identified as Y_ites on Twitter has narrated how her baby died after her mother-in-law gave her crude oil to drink.

Sharing the story via Twitter, Y_ites said her mother-in-law was informed by her pastor that crude oil will correct her daughter’s heart issues. 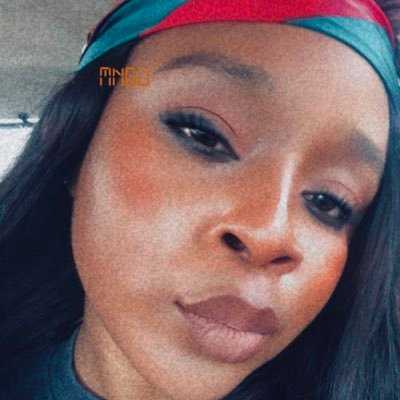 “Hmmm, my mother in-law gave my 3months old baby crude oil, Babygirl died afterwards ( she was diagnosed with mitral valve regurgitation). Her pastor told her it will correct the heart.

My husband did absolutely nothing. This family in question bears trouble as their first name, you can’t even try shit with them. I would have been dead if I had allowed my mum administer ordinary PCM and the baby passed.

Crude oil, I had thought it was condemned engine oil because it was dark and had the smell of engine oil. When my mum confronted her madam said her pastor gave her the list of items to buy and she got it herself it’s crude oil, I almost fainted which was worse.

If I spill out what actually happened you would think you are watching a Nigerian movie, I will tell this story one day when am stronger ?. For now let’s hear of the crude oil part, and she’s her grandmother, I shld deny her access to her grandchild?” 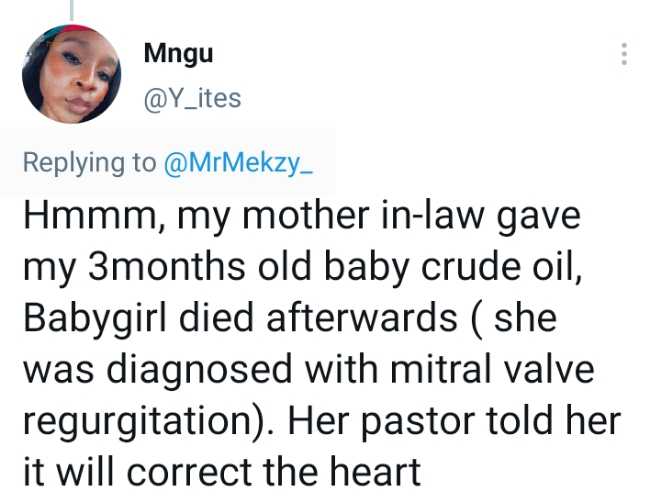 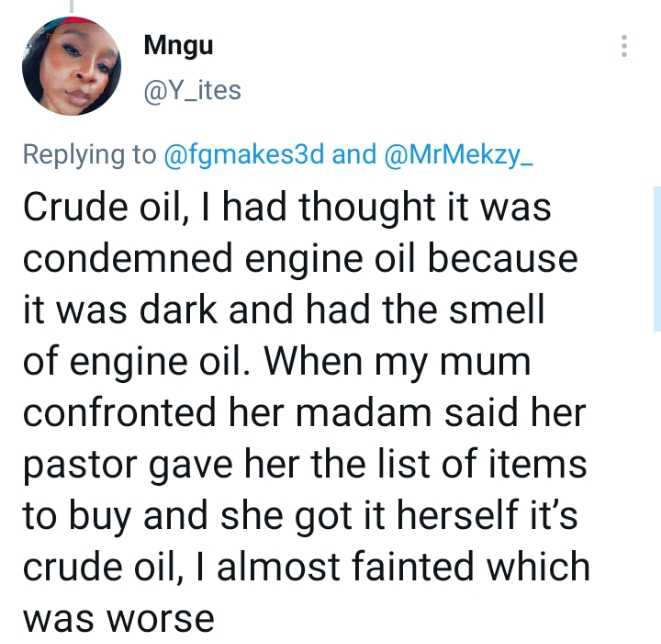 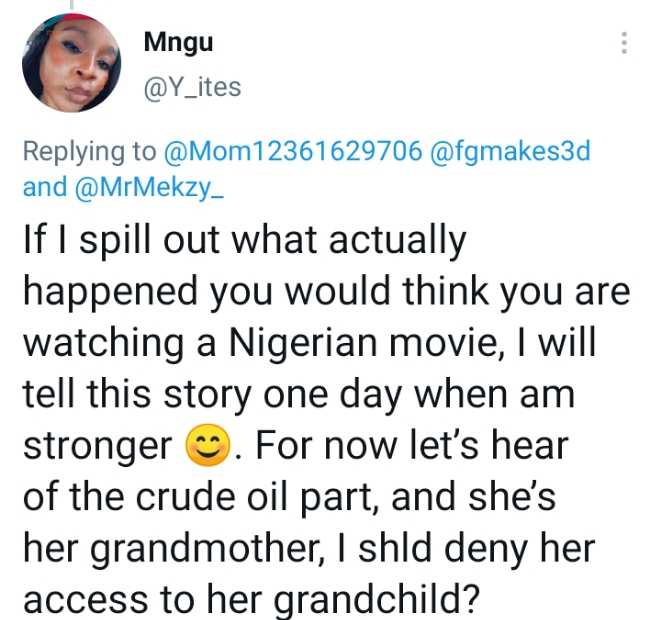