A lady has shared her experience with a guy whom she met on social media and decided to visit at his house in Abuja.

Sharing her story to Qeelsthoughts on Twitter, the lady said: 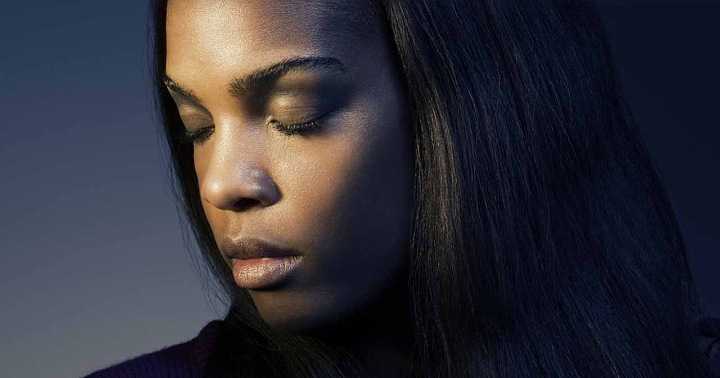 “So around July a guy DMed me telling me about how he liked me and would like to know me better. We did the formal introduction and he invited me over to his place which I declined.

He then he made a request for a two weeks trial in which he would be be my ‘dom’ and he’ll perform the act with me and at the end of two weeks I’ll determine if I want to be in a bondage relationship with him or not. I said cool, let’s indulge!

That very night, red flags started showing ear and deer. I had just got home from work and I was exhausted and he requested we do a video call while I un-dressed I told him, I can’t do it and he went on a full rant on how he’s my dom and has the right to tell me to do anything hence I’ll be punished.

Kolo like me told oga Dom to plis enter the next Maruwa to hell I’m too tired for nonsense. He hung up and sent me a message saying I was rude and there are other ways of talking to him instead of being rude and nonchalant.

I apologized and he asked me to pick amongst a list of things I’ll be comfortable with. I chose bonding (not serious one o, before them tie me like cow)

He said cool and when it was time to choose the venue, another wahala.

We sha agreed to his apartment and I took Friday off to prep myself up real good.

I took bolt from Kubwa to his place which looked as if I going to the middle of nowhere. After so many turns and the intervention of God I got to his place in one of these Abuja upcoming estates.

I entered the simple apartment which consisted of a single room and toilet, a wardrobe, student mattress on the floor and standing fan.

Which bedpost them want tie my leg put now ehn? None! He gave me a bone crushing hug and immediately asked me to go on my knees. No welcome o, how journey and co. Not even can I offer you water? I sha obliged and went on my knees.

By the way, he had asked me to dress in a particular way before coming (scarves\hijab) and I chose a simple cotton scarf) he took off the scarf and tied it around my neck and used that one to drag me to him”. 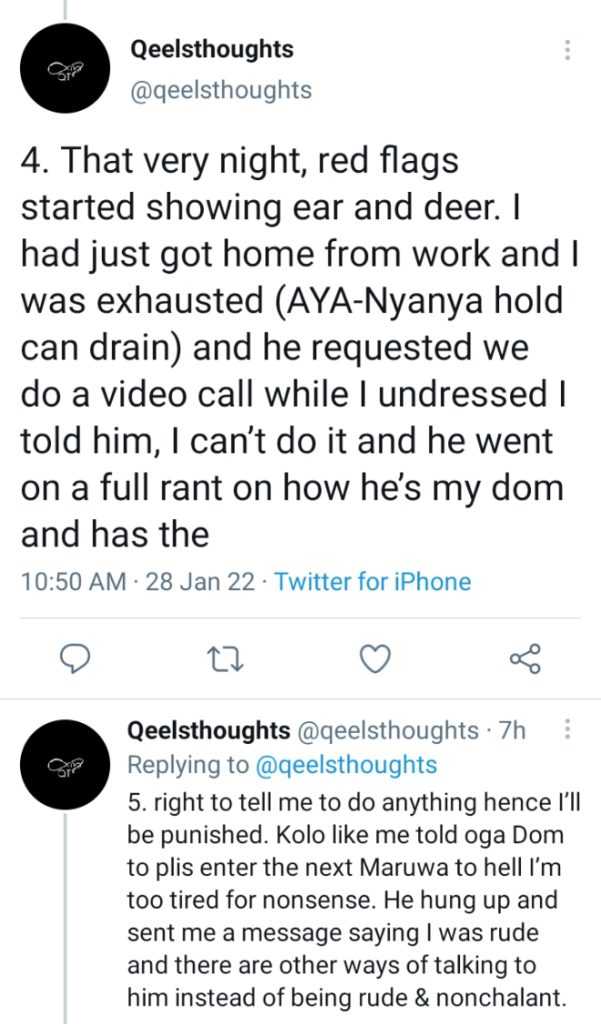 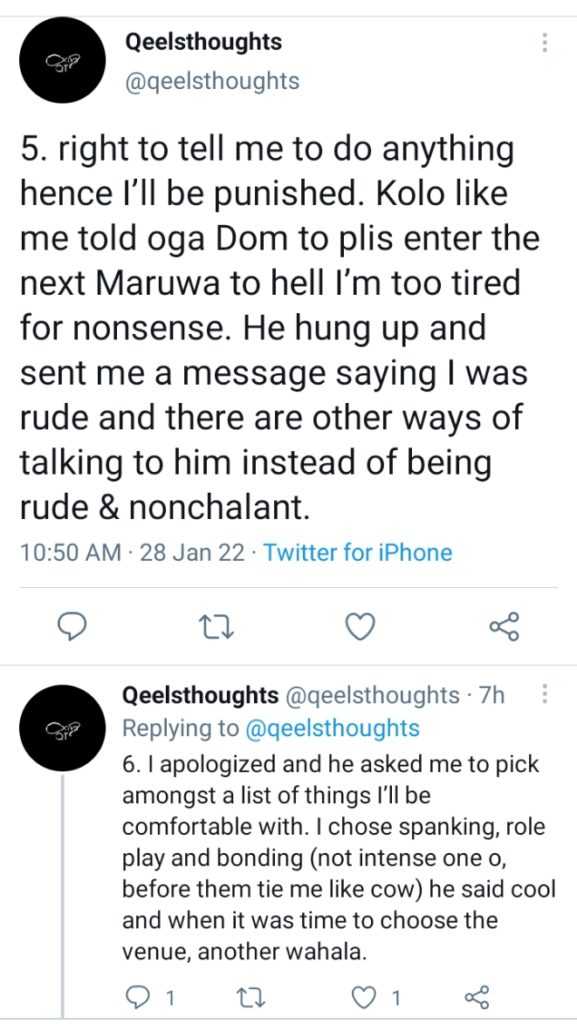 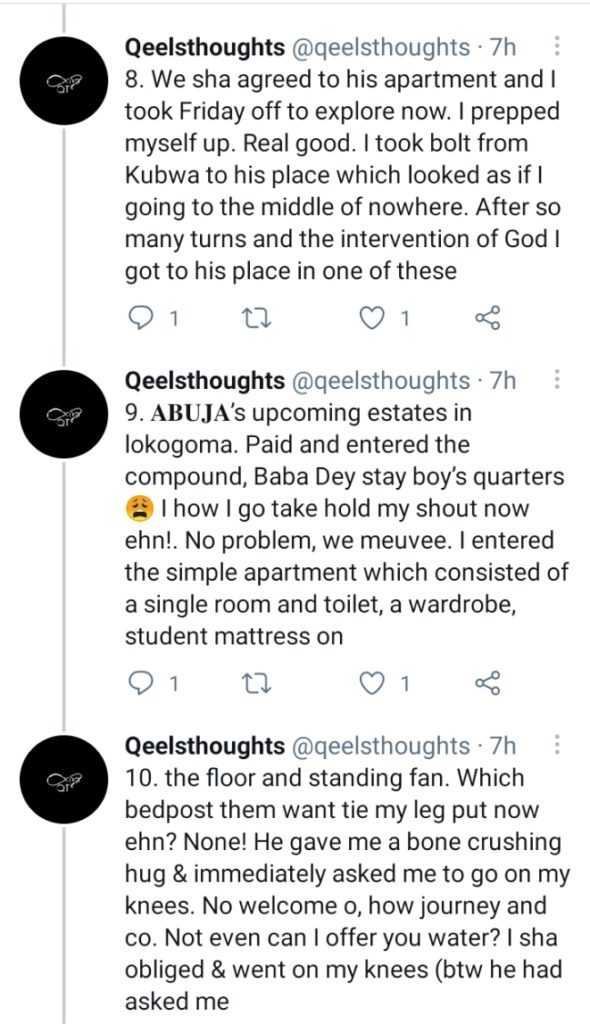