Nigerian lady in the viral “SMAN” photo of her boyfriend eating alone while she watched with a ‘sad face’, has narrated what actually happened.

Recall, months ago, when “Stingy Men Association of Nigeria” trended, a photo which showed a man eating food at a restaurant while his girlfriend who did not have food in front of her, watched him eat with a sad face, went viral. 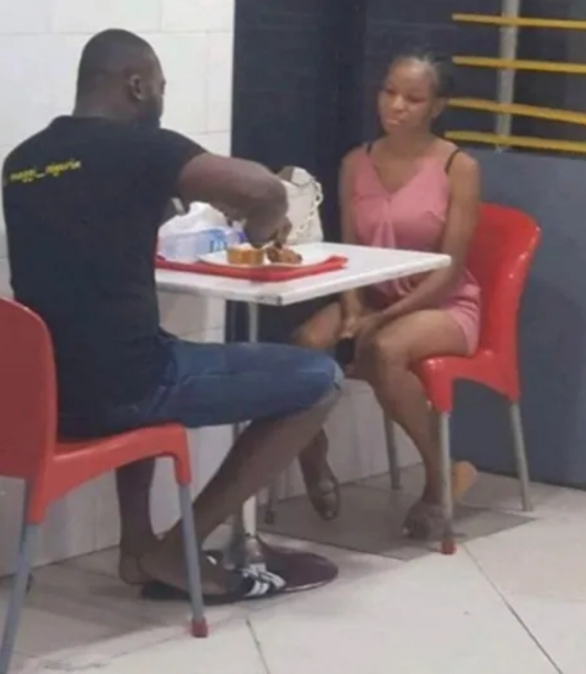 The lady in the photo has now identified herself, while sharing the real story behind the viral picture.

The young woman identified on Twitter as @FulaniIgbo, said contrary to people’s thoughts that her man refused to buy food for her, he actually did.

According to her, she took hers in a takeaway pack, but her man wanted to eat his own at the joint, so she had to wait for him to finish eating.

The lady said that she did not know who took the picture, neither did she know they were being watched until the photo surfaced online. 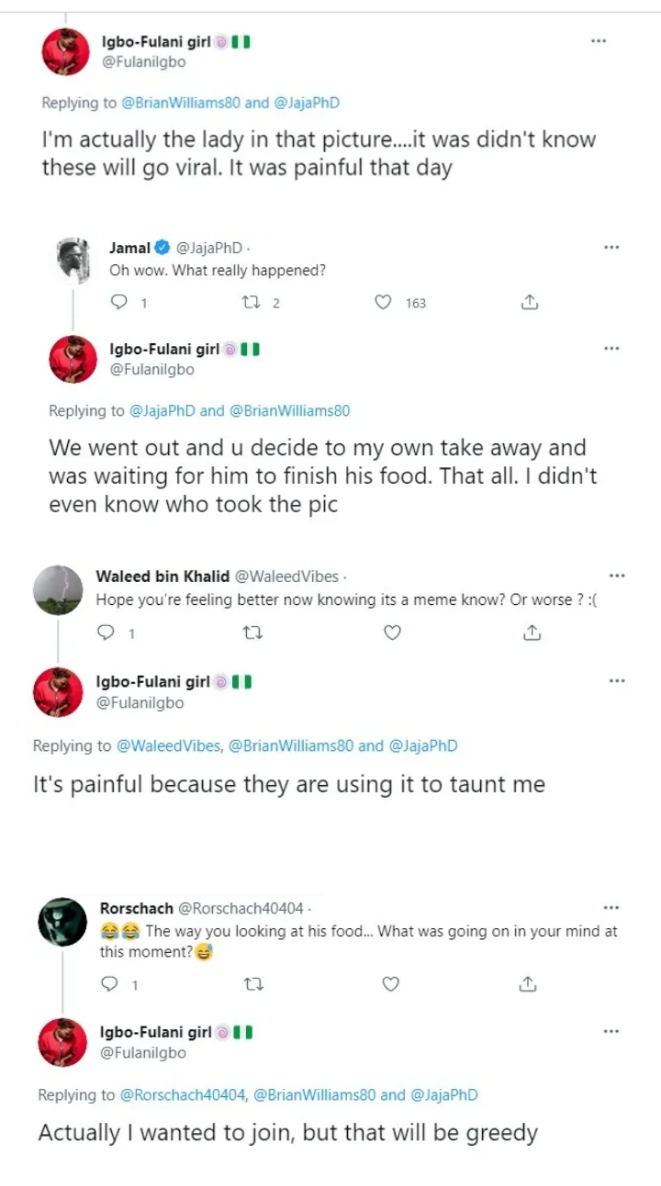