Lady shares a heartbreaking story of how her boyfriend ended their 3 years relationship after she requested a phone from him. 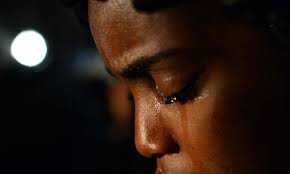 Sharing the story, she disclosed that he occasionally buys her things and have gifted her about two phones since they started dating.

However, things took an unfavourable twist after she requested a new phone from him and he told her to sell her current phone, so he could provide an additional fund to get her the new phone which she objected to.

She however stated that her boyfriend later called her and ended their relationship in spite of the introduction scheduled to take place this December.

”I and my boyfriend have been dating for over 3 years since we met in school, I must say he’s a nice and caring man but I was carried away through the advice I got from my friends.

He used to buy me clothes, bags, shoes, hair and he has bought up to 2 phones for me since we started dating although there was a time I was robbed while returning back from work, he bought me a new phone which I’m using now.

What happened is this, I wanted to use a higher model of the phone I’m using so asked him to give me money, he accepted but on a condition that I should sell the one I’m using then he will add money to it so i could get a new one but I refused because I wanted to make use of the money after selling it. So I insisted he should use his money to buy the new phone for me.

After the serious argument that afternoon, the next day he called me to inform me that he’s no longer interested in the relationship and therefore the introduction which we have planned to be this coming Christmas is cancelled.

Right now I’m still confused, I don’t really know how to go about this situation, after I have informed my parents about the introduction. Had it been I known, I wouldn’t have requested for the phone.”