A Nigerian lady simply identified as Chidubem has taken to her Twitter account to recount how she received a credit alert from a stranger. 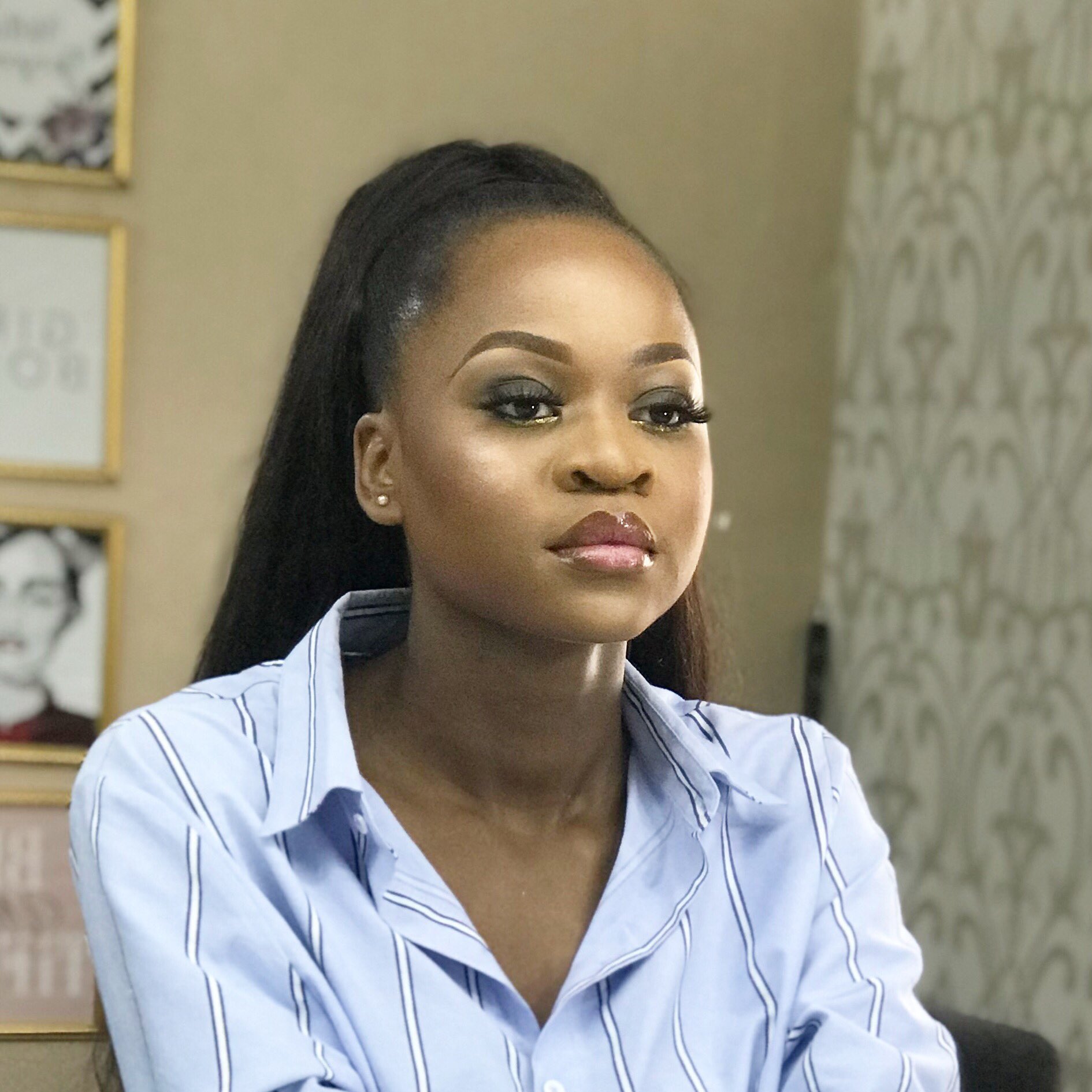 According to the tweet, he had sent her the sum of N3,000 and seemed pretty pleased with himself, much to the irritation of Chidubem who claimed to have been moved to what seemed like tears of frustration.

“This random guy asked for my account number after seeing the robbery shenanigans. I now saw 3k credit alert plus a message he sent saying “many men won’t do this, it’s bc I have plans for you ahead” I’m actually crying bc what kind of insult is this???????” 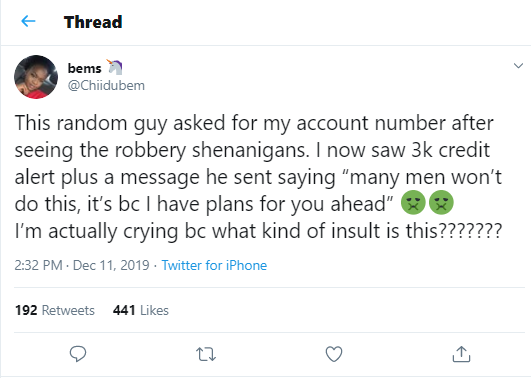