A lady identified as Sandra has called out her friend, Mide on social media for allegedly sleeping with her father. Sandra took to her Twitter account to share screenshots of the Whatsapp conversations her friend Mide had with her father and this have gone viral on the platform.

Sandra disclose that she has spoken to her friend to leave her father alone, but Mide turned a deaf ear.

“I have decided to keep quiet for too long because of my family’s reputation but I can no longer hold it again. This thing has been going on for long and I’ve begged Mide, insulted her and even talked woman to woman with her because she is my friend but she has refused to leave my Father, one of your twitter and Instagram favourite has been sleeping with my Father and I don’t care about my reputation again. I’m going to expose her with receipts if she doesn’t apologize and leave my Father.

A girl I call my childhood friend wants to break my family but I can never allow it happen. I happened to read a message she sent to my Father, I was shocked, it triggered me to go through my Dads whatsapp and I found out they have been dating. I can’t keep quite again.”

See Screenshot of the conversion between Mide and Sandra’s Father: 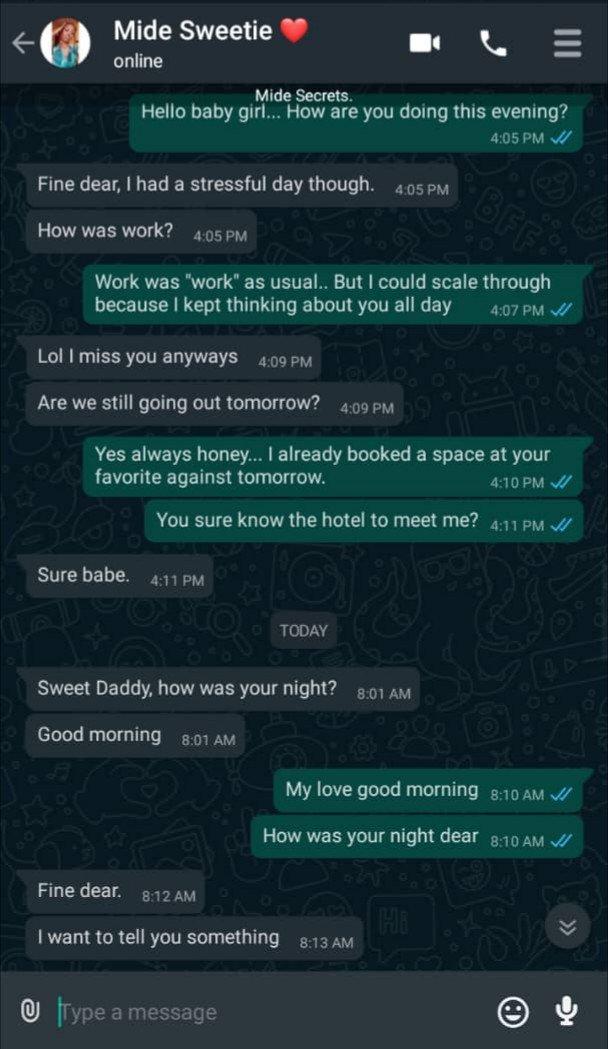 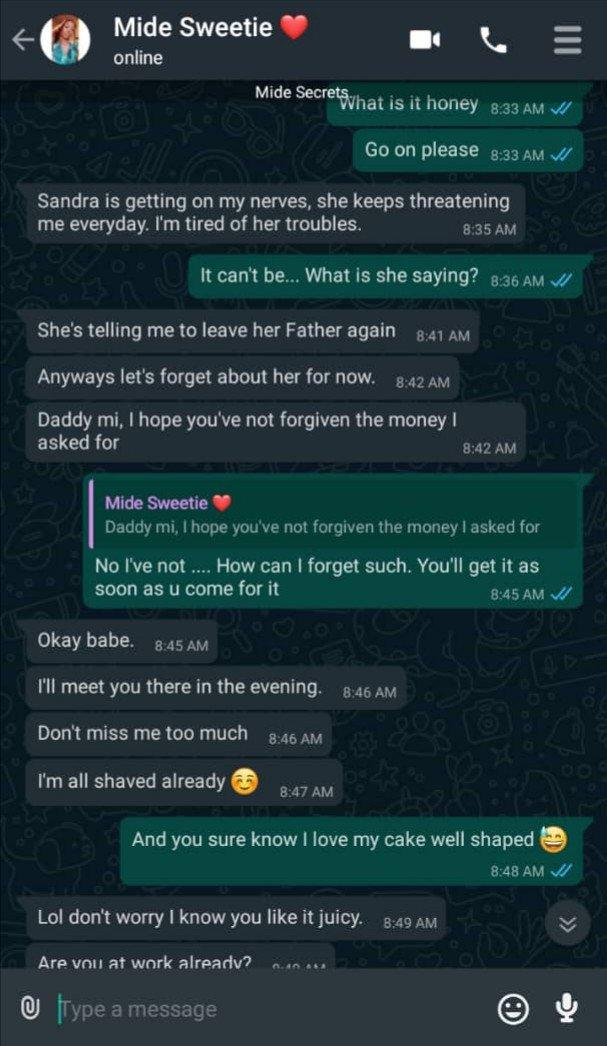