Young lady allegedly becomes broke after three months of winning a whooping sum of N59 million from a lottery scheme.

According to a Twitter user identified as @imimigold, the lady in question won a jackpot at a popular Nigerian lottery, Baba Ijebu, which changed her lifestyle immediately.

According to the narrator, the lady went from being a millionaire to nothing under three months of lavishing the funds at clubs.

“This lady won 59million naira from baba ijebu…3months ago! She became a club customer. In a night she will blow 1m. Now she can’t even boast of 10,000 naira in her acct. she keeps begging people for money to play more games.🤦‍♀️,” she wrote. 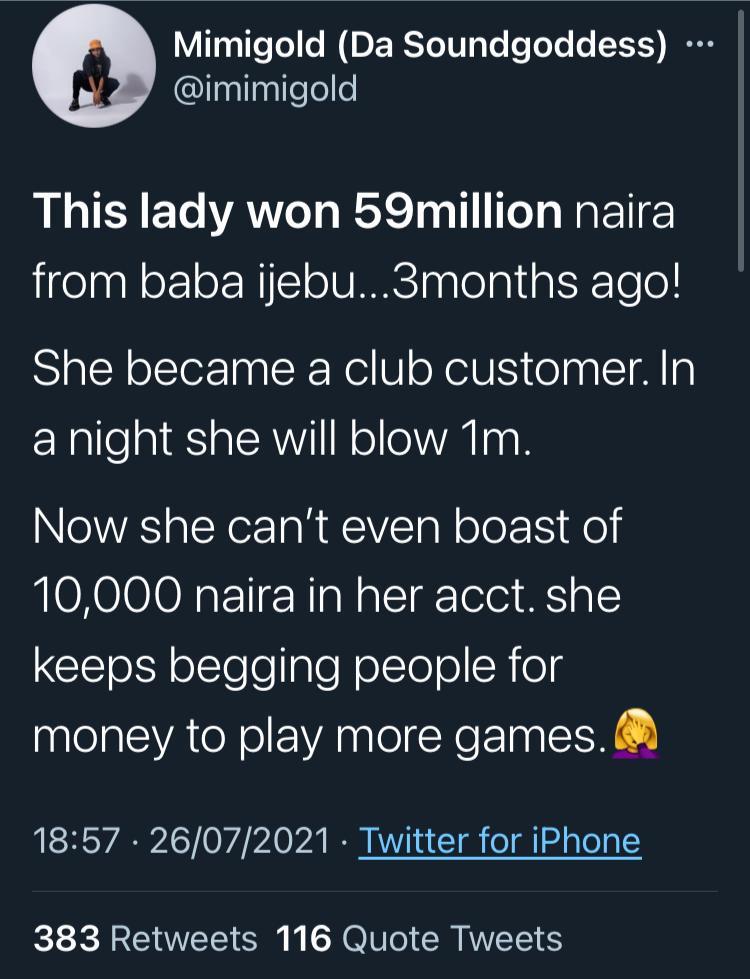