Young lady took matters into her hands by beating up her mother-in-law for calling her barren and trying to arrange another woman for her husband. 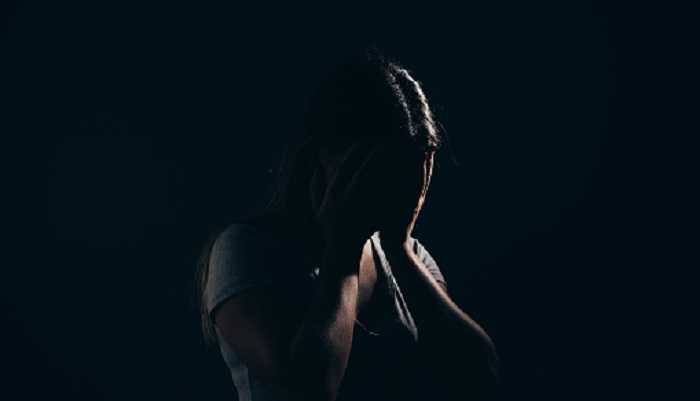 According to a narration by a Twitter user, @Theeladi, her cousin who was in a toxic relationship with her mother-in-law loses her cool after series of tantrums about her childlessness in the marriage.

The story reads in part;

“Apparently insults were thrown around and other general forms of disrespect. My cousin decides to beat her up once and for all. Moghel doesn’t fight back. She just cries. Hubs and his dad come back and cousin asks them to drive her back to her parent’s house.

Hysterical mom in-law says she got a beating. Cousin denies and says she’d never hurt a fly. On some. “but baby you know me mos? Why would I hurt an old woman?”
They fail to resolve it and drive her home anyway. Cousin makes it clear that the only time she’s leaving.”

Read the full story below … 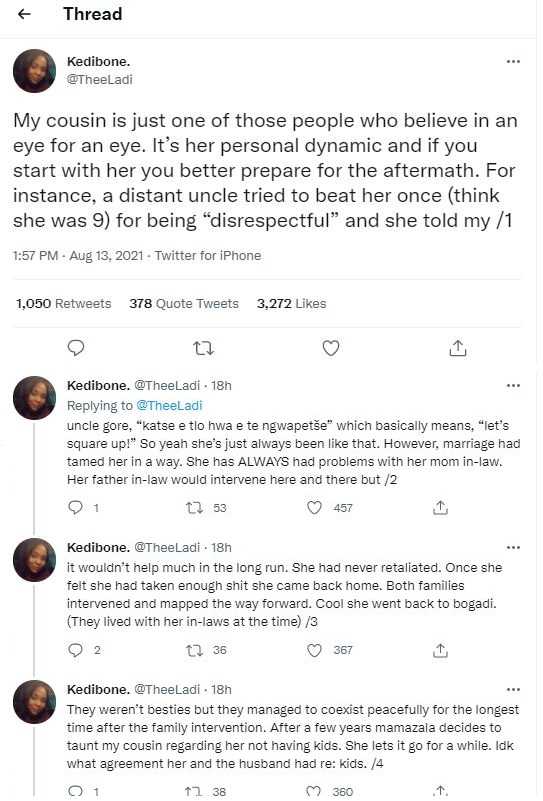 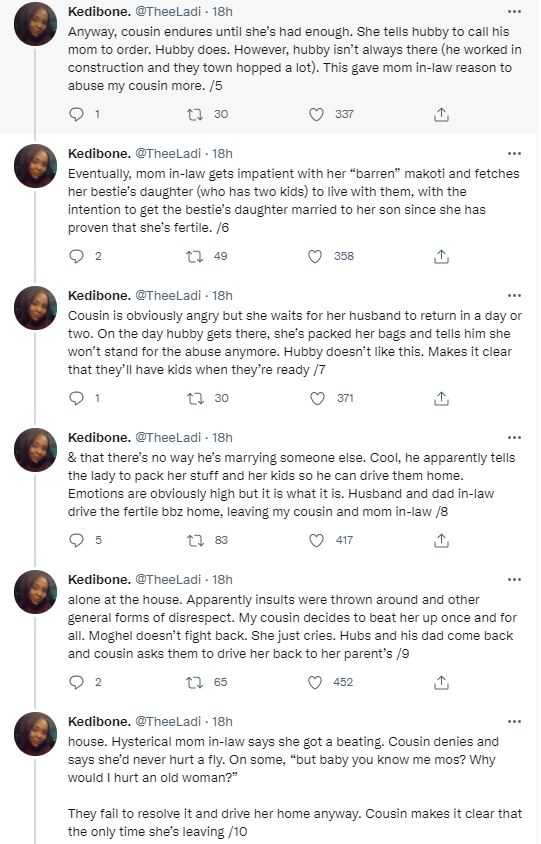 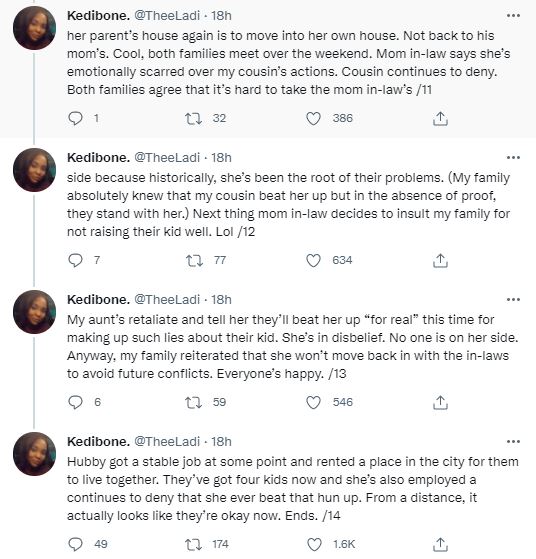