Video making rounds on social media captures the moment a young lady allegedly assaulted the driver of a car-hailing service. 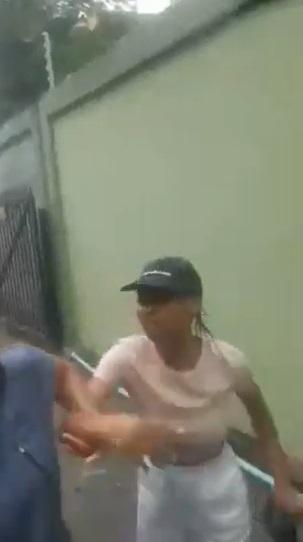 According to the narration of the driver, the lady inputted a wrong address on the car-hailing application with which the driver followed to the supposed destination.

However, after realizing that the driver had passed her destination, the lady ordered him to stop in the middle of a highway, alighted the car and began to walk away without a word.

This is how some social media users reacted to the video;

don_martinsz wrote,
“Some people’s attitude are despicable!! You don’t treat people anyhow coz you feel you’re superior !! That man is just hustling for his daily bread . The Lady in question needs therapy. She lacks manners

7figureboss wrote,
“If he didn’t make this video she would have come online to rant and the people will start insulting the poor guy and make him lose his license.

msdubby wrote,
“Some girls are just too troublesome. His voice is shaky, I so believe him. You girls should freaking stop abusing the word harassment. It’s not fair. Why not pay him for how far the trip has gone before leaving instead of being cunning, this is someone’s source of living… jeez

jennasadaugo8414 wrote,
“This girl needs a good ass whipp… Mennnn from the man voice you’ll know he’s an elderly man trying to make an ends meet… Common pay him his money and carry your lack of home training go back to your parents..”