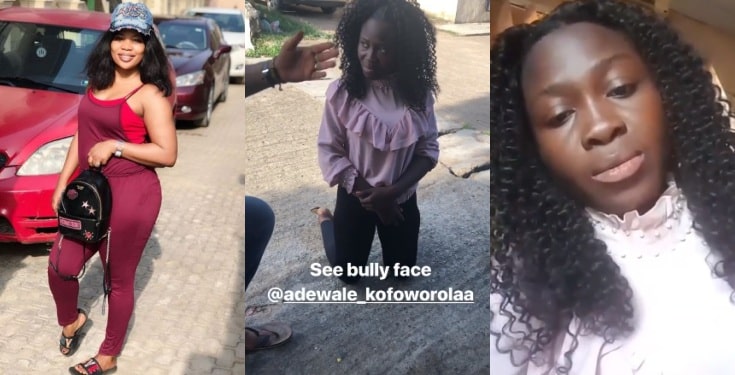 Nollywood actress, Seyi Edun, has shared a video which show an upcoming actress, Adewale Kofoworola kneeling down an apologizing for bullying her on Instagram.

According to reports, she spotted the online bully at a movie location and she was supported by her colleagues to mete out the punishment to the young actress.

The online bully was reported to have written a comment where she stated that Seyi could never get pregnant.

‘where Seyi Edun won see Belle una Don forget say she be Lord of the ring’ , she wrote.

Acknowledging the apologies of the lady, the Nollywood actress wrote;

“To every bully who hide under the internet to say all sorts of things to celebrities/public figure ,i hope you know you are inheriting curses and also your offence is punishable under the law,desist from such acts before you meet your Waterloo.”