A unidentified lady has accused the Nollywood star, Eniola Badmus of stealing her friend’s photo and flaunting it as hers. 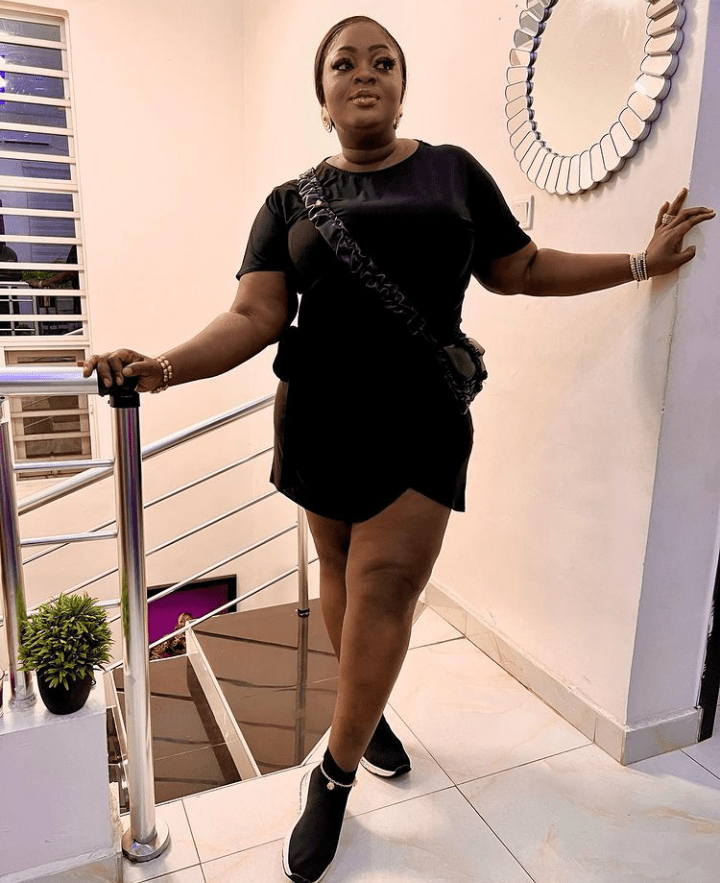 This comes after the actress took to her Instagram story to share a photo of a lady’s backside with no caption. 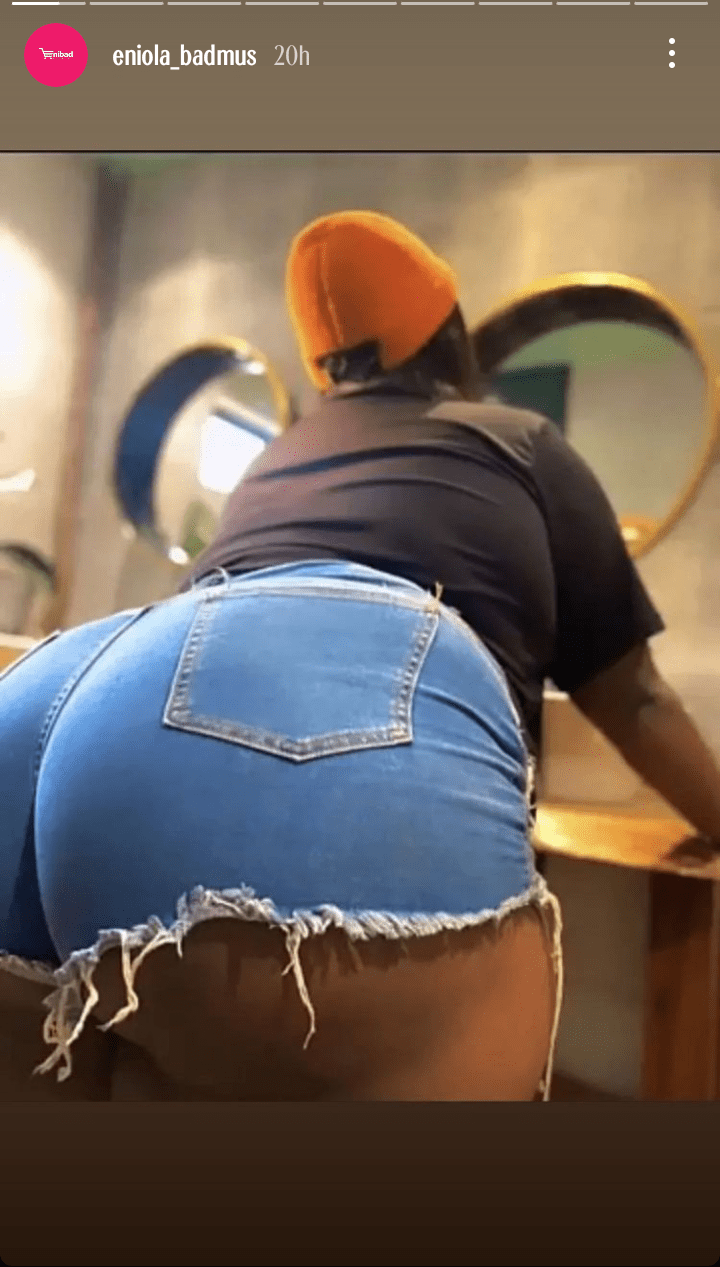 According to the IG gossip vlogger, Tosin Silverdam who shared the chat, the lady accused Eniola of stealing her friend’s photo and posting it in a manner that suggests she’s the one in the photo while in actual sense, she’s not. 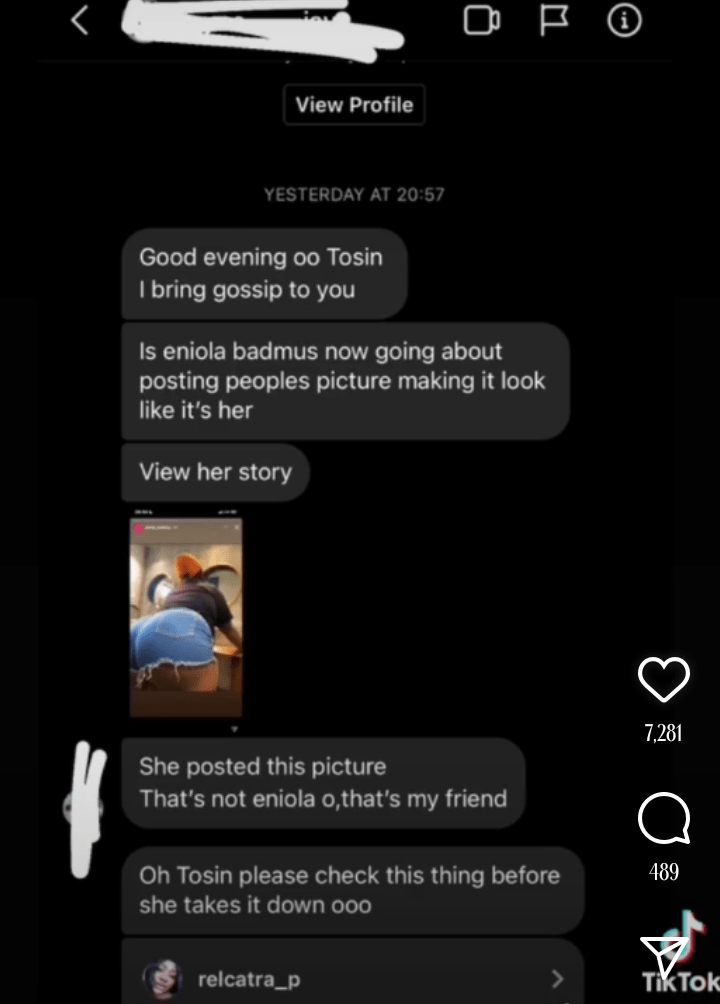 Eniola Badmus has gotten lots of eyes on her owing to her drastic transformation which she once acknowledged to have undergone surgery to arrive at her present body shape.