Home Viral News Lady accused of bullying hurls insult on alleged victim after she was...

Amid the trending saga of Sylvester Oromoni who was allegedly beaten to death by his schoolmates, fellow Nigerians who witnessed bullying in one way or the other during their school days have shared their experiences. 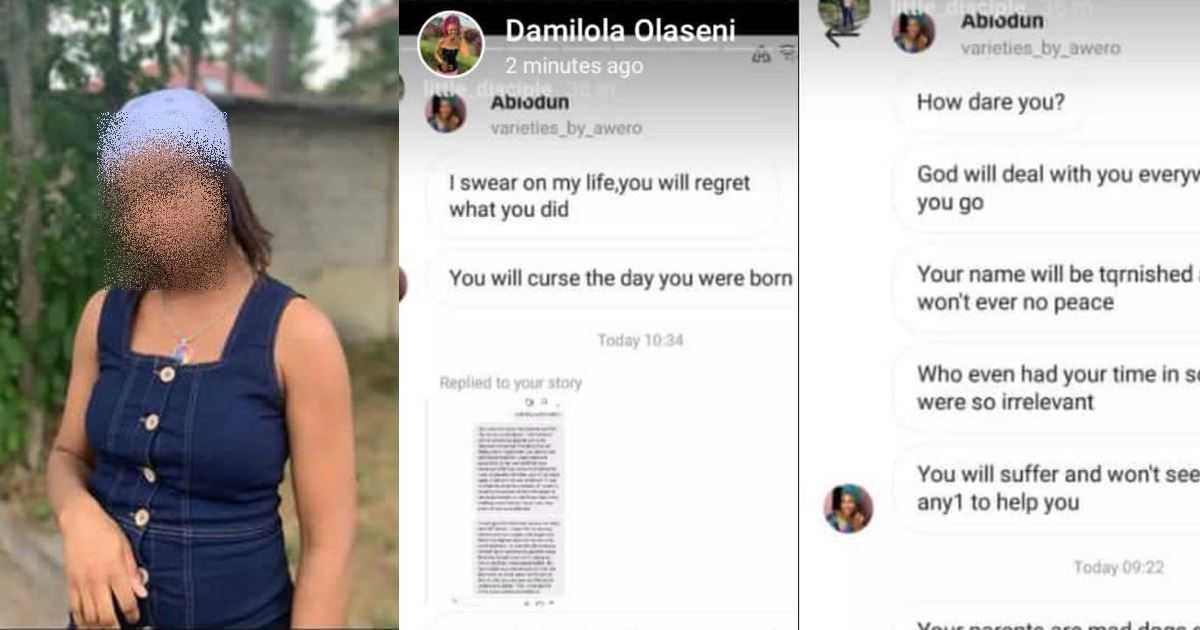 A Twitter user identified as @tejumania recently shared screenshots of a horrific response a lady got after calling out her senior that used to be a bully in secondary school.

The accused lady and her clique were identified as “Olabisi girls” in  Federal Government College, Ogbomoso and were dreaded between 2005 to 2010.

Following the call-out, the alleged bully identified as Abiodun slid into the DM of her alleged victim and rained abusive words on her. She further extended the insult to her parents and laid curses on the lady also.

Sharing screenshots of the awful chat, the narrator wrote:

“Someone from my secondary school mentioned her bully on IG, look at what this girl & her friends did. Bully as teenagers, Bully as adults. If you attended FEGGO between 2005 to 2010, you shld knw “Olabisi girls”, even if u have no personal encounter with them, you dread them.” 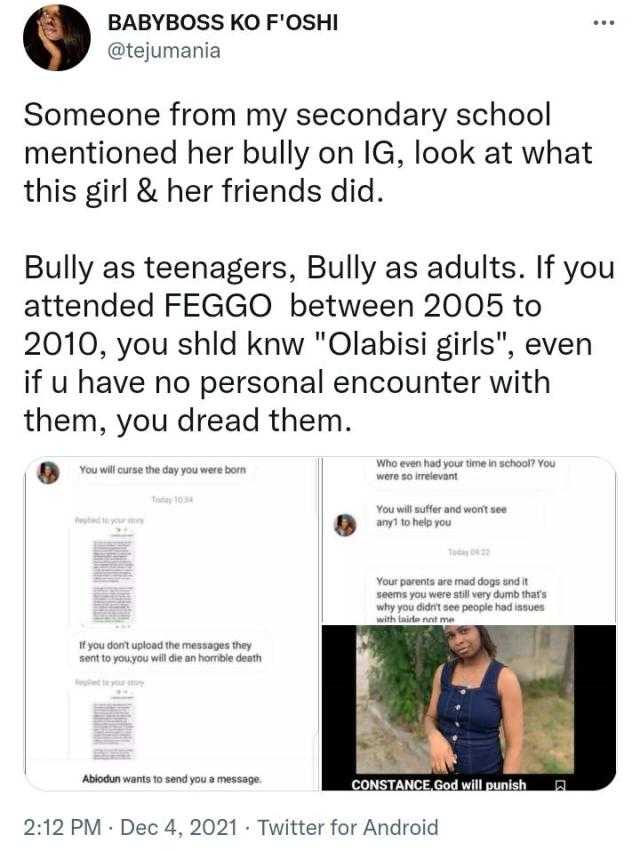 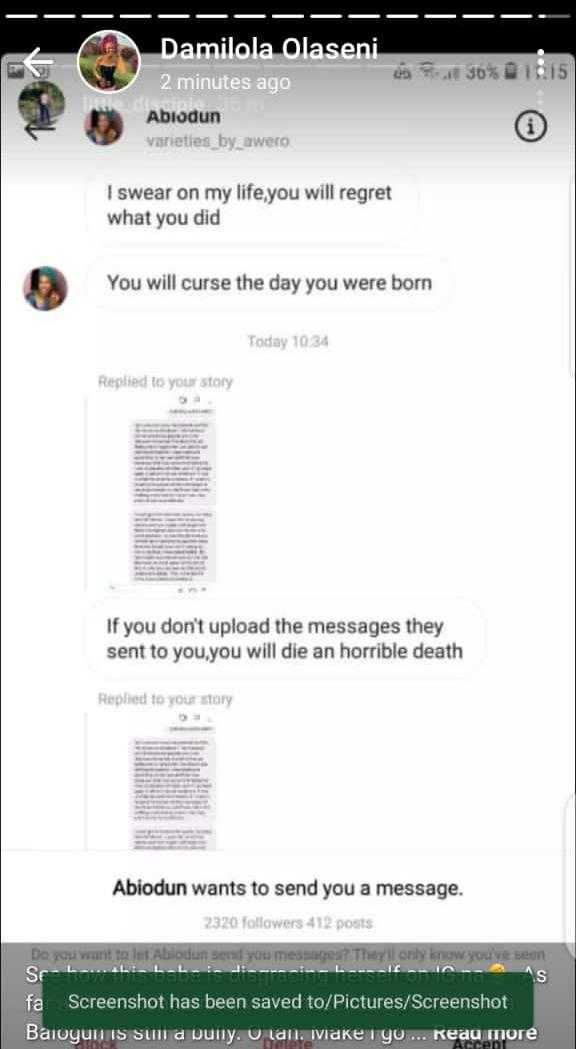 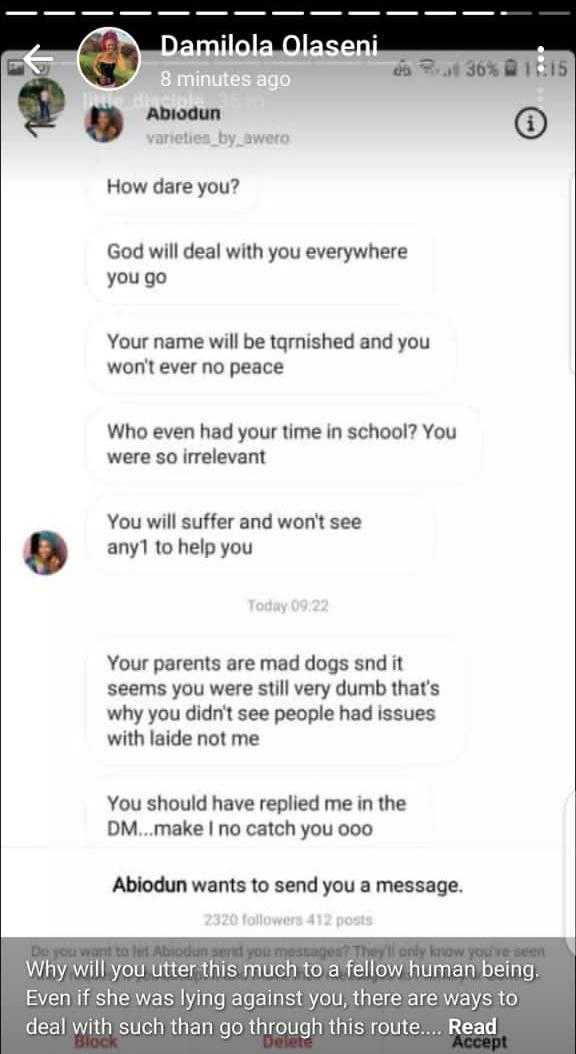 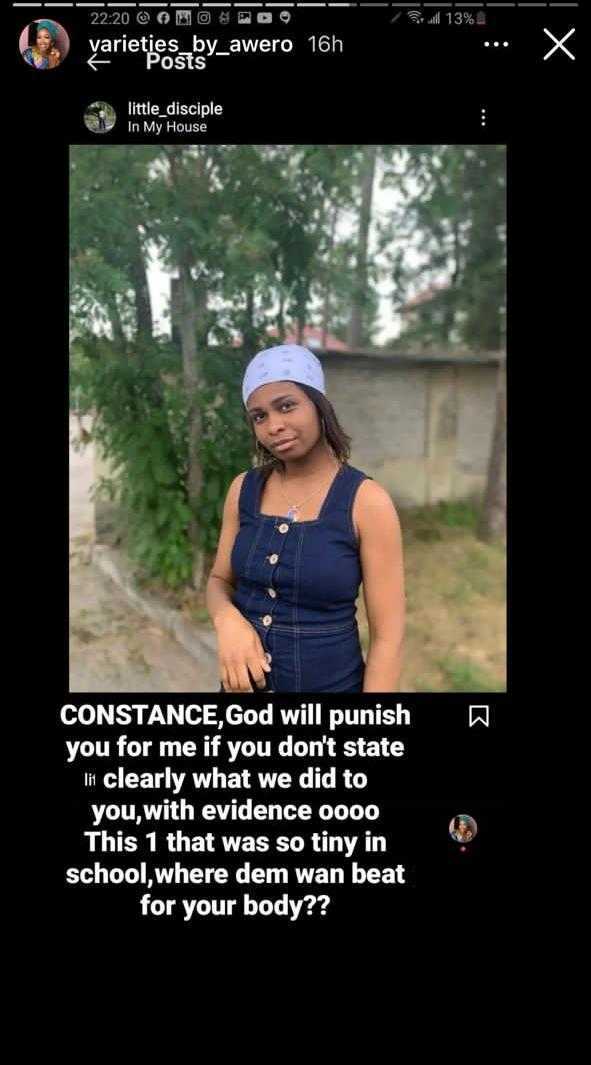