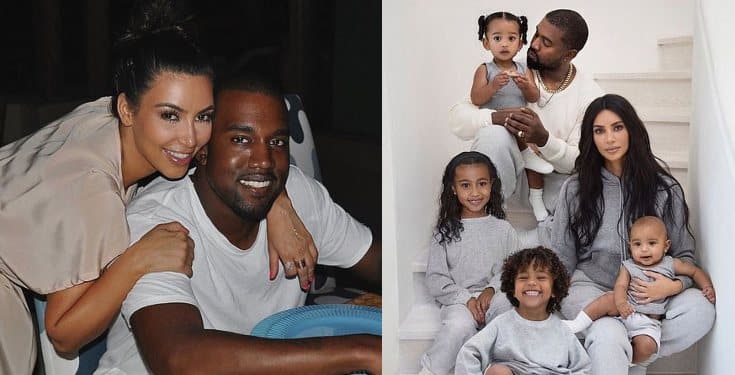 The mother-of-four, 39, marked the occasion on social media by posting a set of pictures with her arms around her husband. In one, she’s seen kissing him on the cheek, and in the other, they’re both smiling at the camera.

“6 years down; forever to go, Until the end.” she captioned the sweet snapshots.

They were married in 2014 at Fort di Belvedere, a 16th century fortress in Florence, Italy, and have four children, North, Saint, Chicago and Psalm.

While Kim is wife number one for Kanye, he is husband number three for her following her failed marriage to Damon Thomas between 2000 and 2004, and her short marriage to Kris Humphries between 2011 and 2013, which collapsed after 72 days.

6 years down; forever to go Until the end