Controversial journalist, Kemi Olunloyo has reacted after Tacha’s fans invaded her son’s Twitter handle and dragged him for referring to a Titan, identified as Ashley as a ‘slay prostitute’. 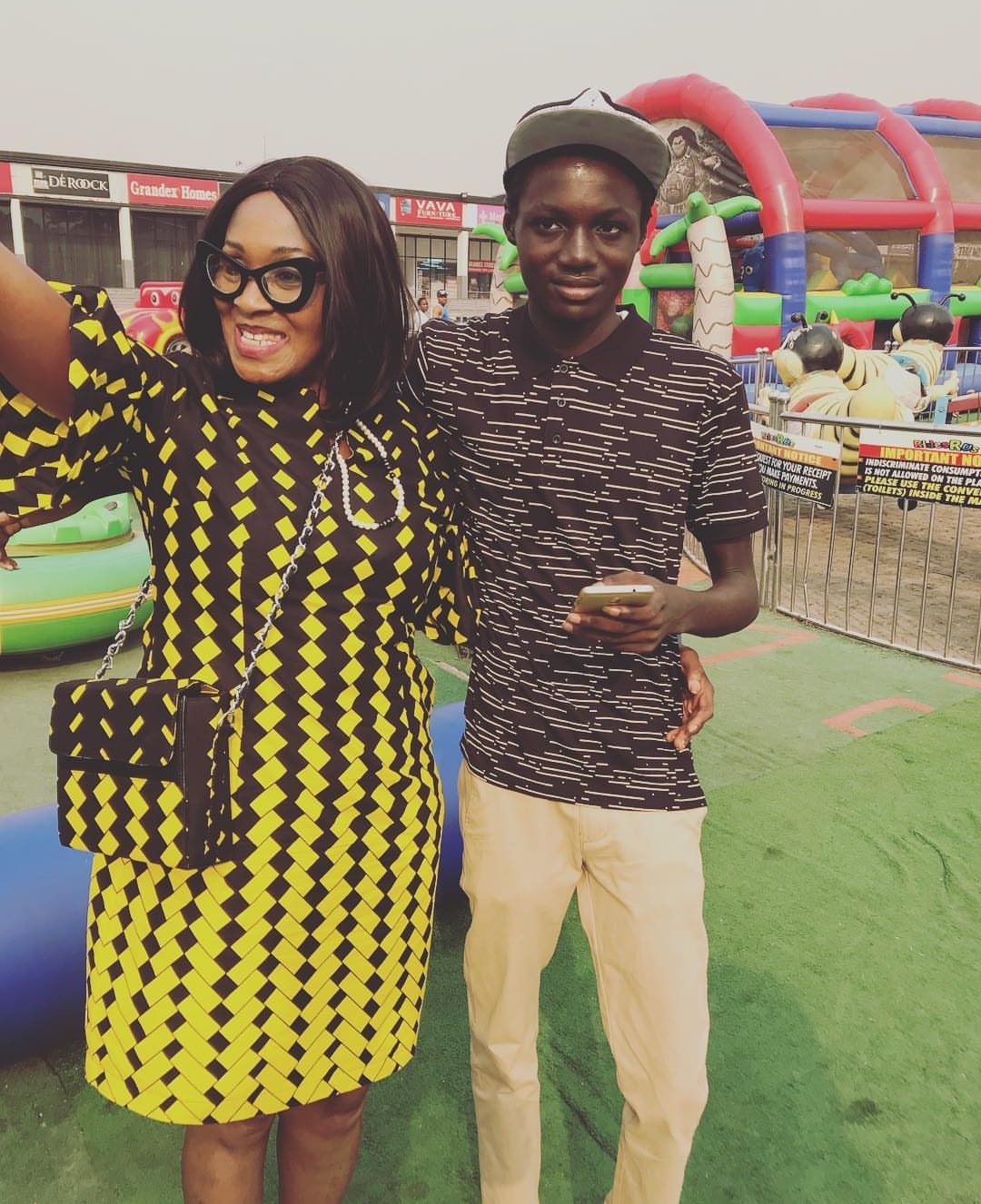 As expected, Titans stormed Twitter earlier today to slam him for making such statement against a Titan, with some making harsh remarks about his physical appearance, and others tagging him ‘son of a prostitute’.

Reacting to this, Kemi wrote;

“Tomorrow 12 noon sharp to 3pm. I will be talking about the #socialmediabill on @nigeriainfofmlagos with @collins_teke
I SUPPORT THE BILL AS EXCESSES NEED TO BE CURBED.

Take for example this Tacha vs Mercy fans beef on Twitter everyday. My son @richkjtmusic went hard on some of Tacha’s fans. He is quiet, doesn’t bother anyone and spotted someone calling his mom a “mad woman”.

Tacha’s mom is DEAD and I asked my son not to go there because what Ashley said has nothing to do with Tacha’s mom but only being a die-hard Tacha fan. I showed it to our honorable Minister who said it will even be clamped down under the hate speech law.

Remember I always WARN YOU not to mention my family in your hate for me. I don’t know your family. I don’t care if Tacha is “someone’s child too” you don’t know that someone and we didn’t call them “MAD”. This tweet clapback went viral.

BE VERY CAREFUL WITH MY CHILDREN. The tech guru middke child took her page down for 24hrs. My children are not Nigerians. Only @richkjtmusic. Don’t call me a mad woman. All the young men supported my son while the young ladies were half and half saying Ashley DESERVED IT!”. 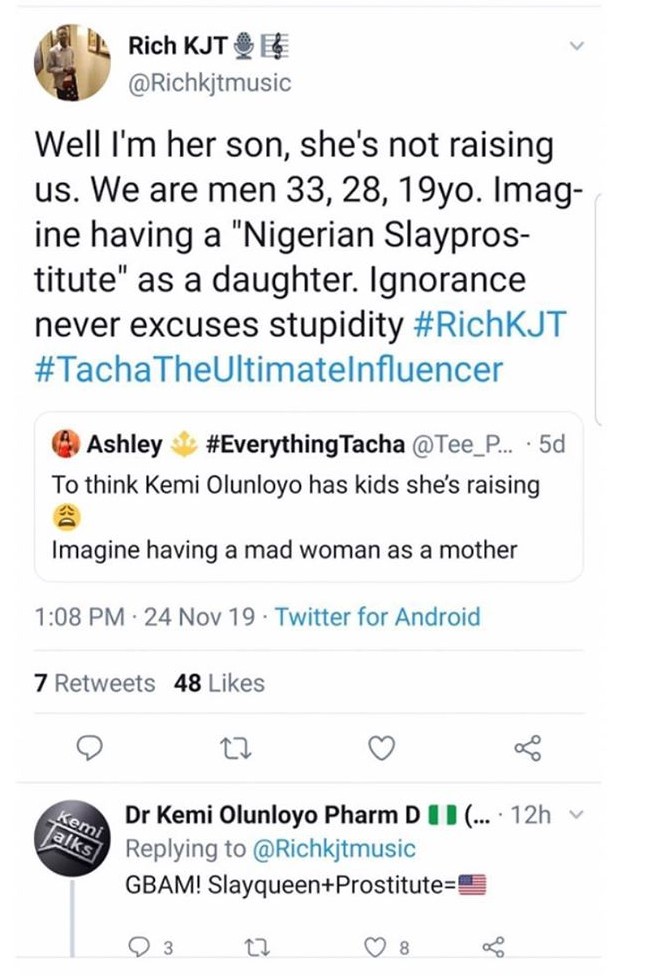 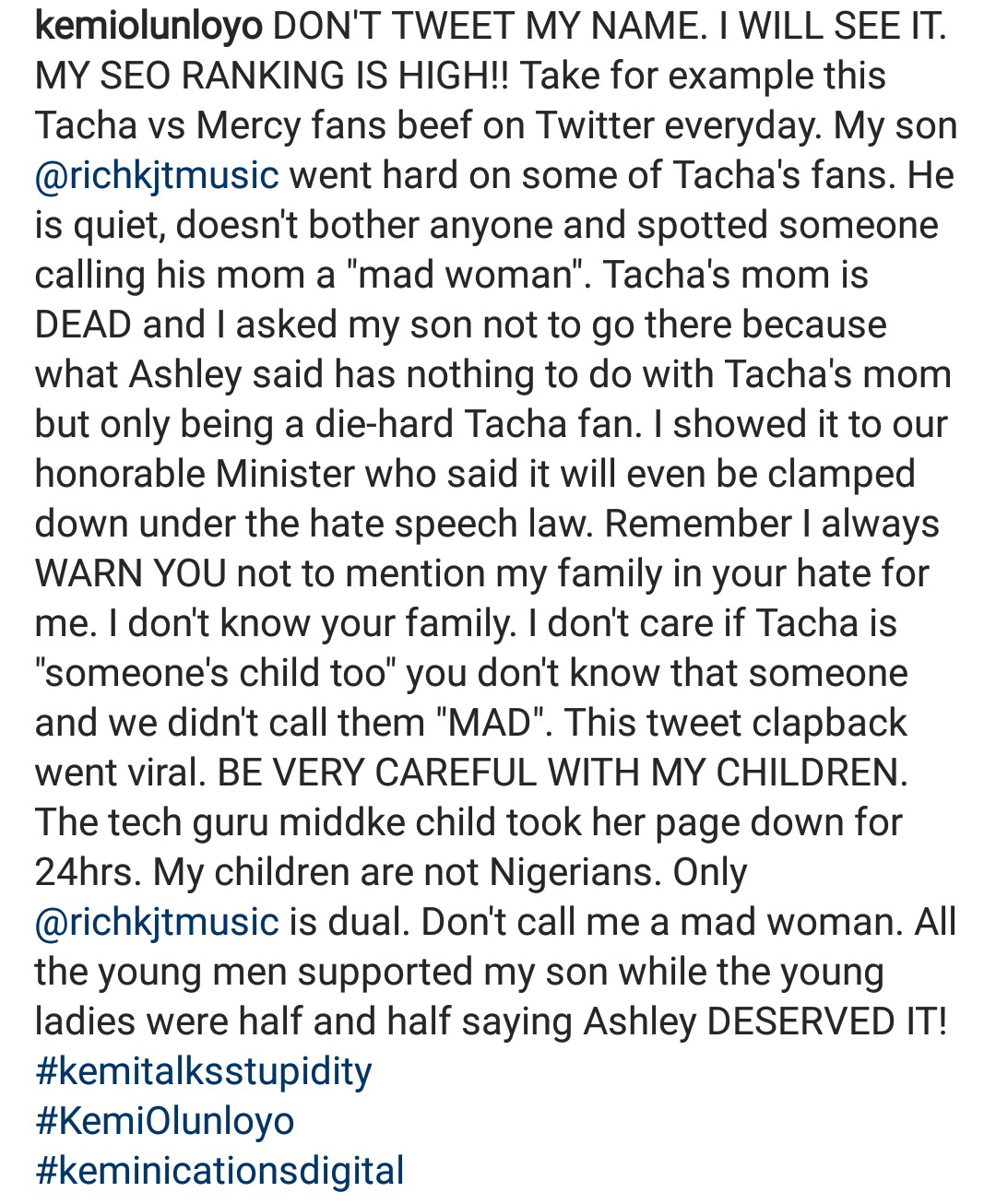