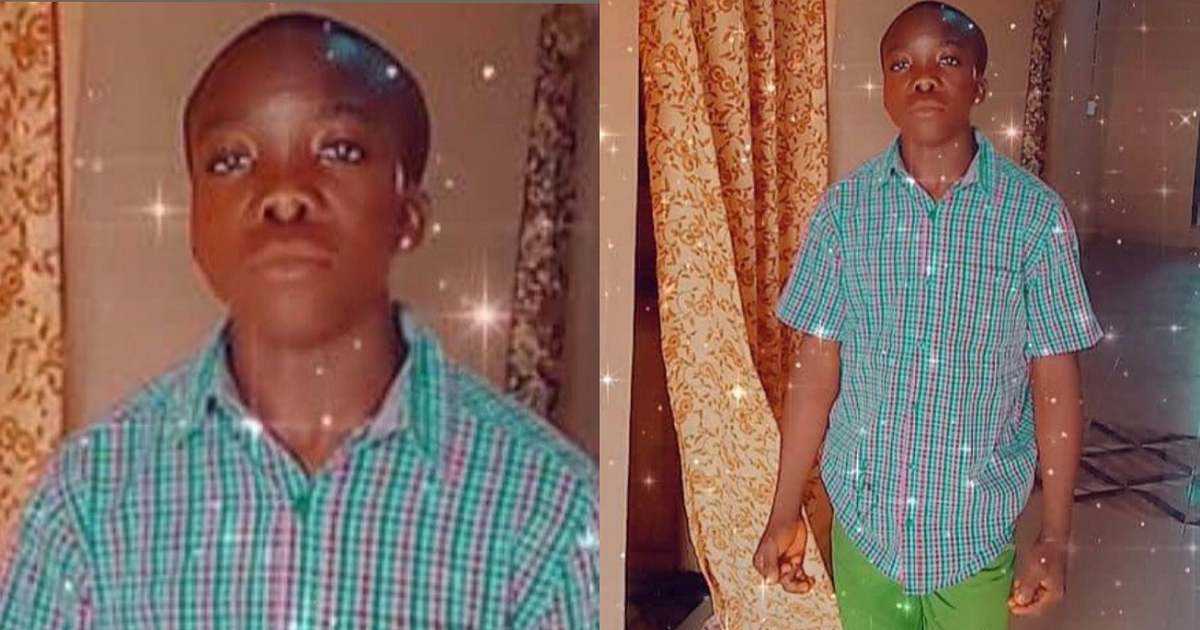 Emmanuel, aged 16, according to reports fell and hit his head on a cemented floor while playing on the school premises on Tuesday, Jan. 11, 2022, barely a few days after academic activities commenced in earnest.

Reports also had it that he was rushed by the management of the school to the University of Medical Science Teaching Hospital, Akure, but he was pronounced dead on arrival.

Following the death of the 16-year-old, the Information Officer of the Ondo State Ministry of Education Science and Technology, Mr Olaoluwa Meshack, issued a statement, revealing the Ondo State Commissioner for Education, Mr Olufemi Agagu, and some other government officials paid a condolence visit to the school and the family of the deceased.

According to the statement, Agagu urged the family to “take solace in God, believing that Him alone knows the appointed time for every being on earth.”

During the Ondo State Commissioner for Education’s visit to the school, the Principal of CAC Grammar School, Mrs. Oluwapelumi Adetimehin, recounted what happened before the unexpected occurrence. .

She said the deceased, aged 16, was hale, hearty and bubbling with life when he resumed at school on Tuesday, but began to complain of a headache shortly after the Principal’s test.

Adetimehin said accounts by eyewitnesses indicate that the deceased initially sat quietly among his classmates for a while until they began to play around.

The principal said that he later attempted to jump through the window, but hit his head against the post and collapsed hitting his head on the concrete floor.

According to Adetimehin, the colleagues of the deceased raised the alarm that attracted school staff and she immediately rushed him to the school’s clinic, but was advised to take him to the teaching hospital in Akure, where he was pronounced dead.

The father of the deceased, a shepherd at CAC, Oke-Iyanu, High School area in Akure, Pastor Joshua Ojo, described the incident as a cruel blow of fate on the family, but said he could not query God why he allowed it to happen to him.

Notwithstanding the statement from the Ondo state government and from the school’s Principal. Nigerians are currently demanding more explanations while insisting that their may be some hidden pieces of information as regards the boy’s death.

Oluyemi Fasipe, an Ondo State Youth Representative and Youth Advocate, took to Twitter to demand answers. He asked what happened when the boy was taken to the school’s clinic before he was then rushed to the University of Medical Science Teaching Hospital in Akure where he was pronounced dead.

Fasipe, who is the Special Adviser on Media and Publicity to Hon. Tajudeen Adefisoye ( Small Alhaji), tweeted:

“Who is the nurse that injected Emmanuel Ojo, the 16-year-old student of CAC grammar school in Akure who was reported dead In the school last week? Why did she give the boy a hydrocortisone injection? Why is the school not telling us in detail what happened?”

Check out some tweets below with hashtag #Justice4Emmanuel: 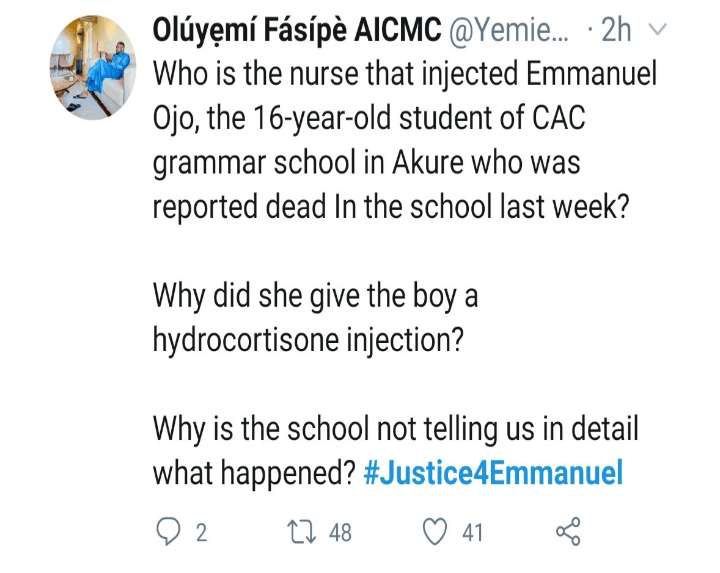 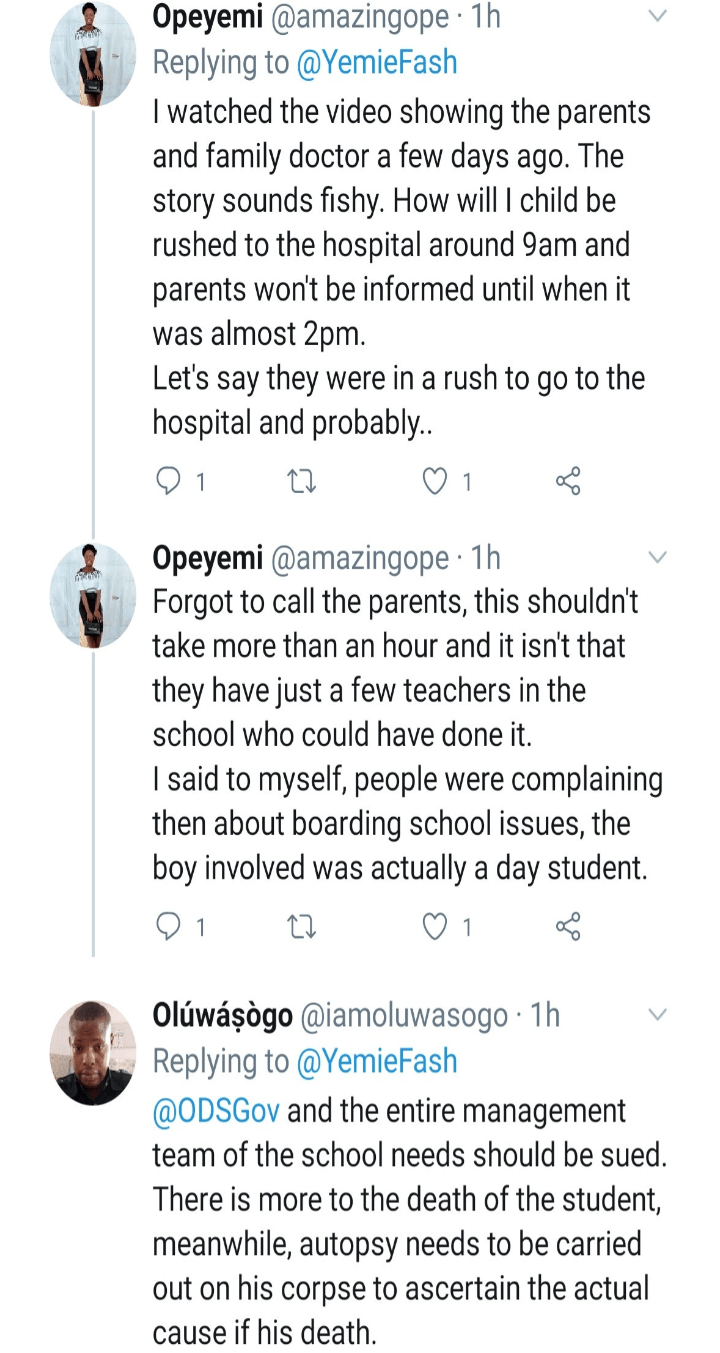 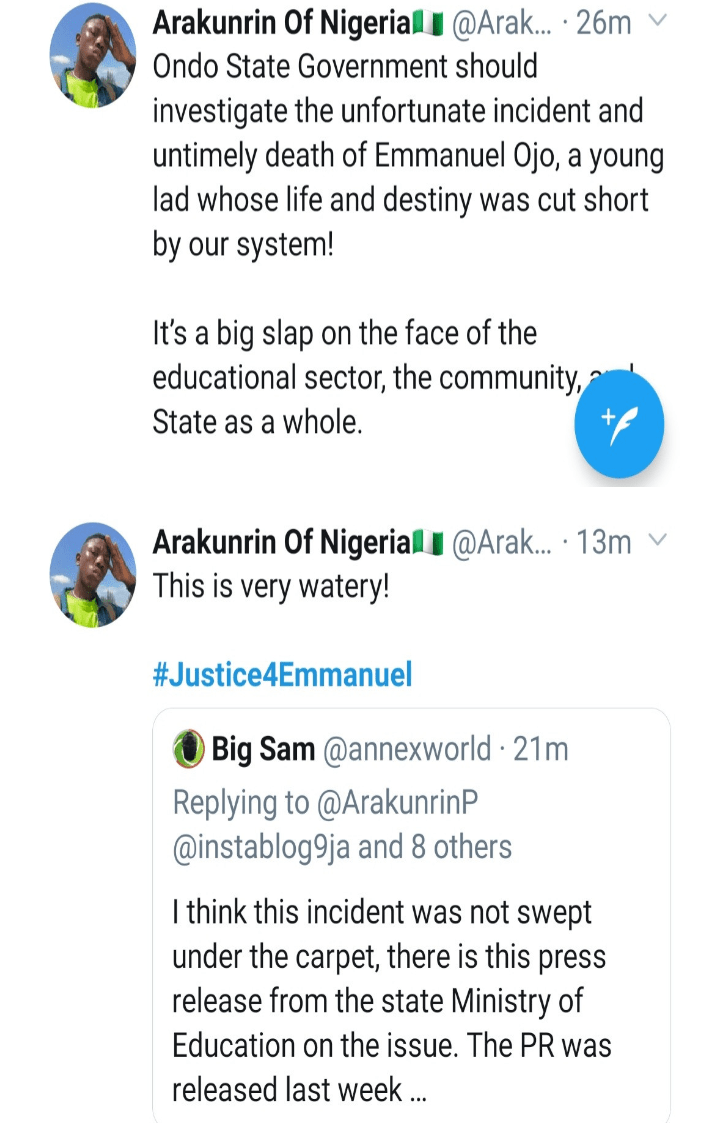