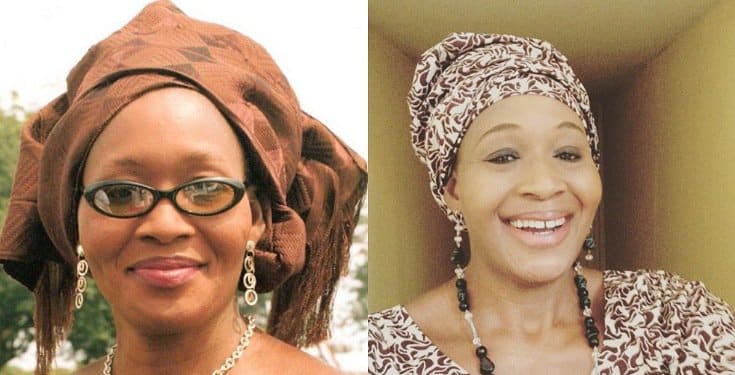 Controversial Nigerian journalist, Kemi Olunloyo has received backlashes from Nigerians on her birthday after she asked well wishers to send their presents to her bank account. 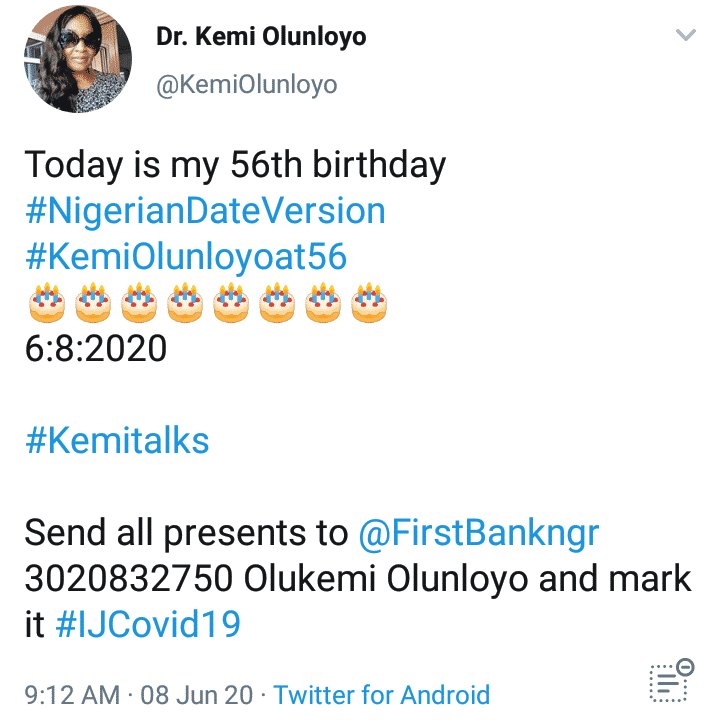 Taking to her official twitter page, Kemi announced that today is her 56th birthday and asked well wishers to send their presents to her bank account.

This however did not go well with some of her Nigerian followers on the Twitter app.

The enraged Nigerians took turns to slam her for going on a begging spree on her own birthday.

In a followup tweet she made, she claimed the donations she requested were for Covid-19 palliatives which she would give out.

Her follower, Adewale, then advised her to request donations be made into bank account of a charity home instead of her personal account. 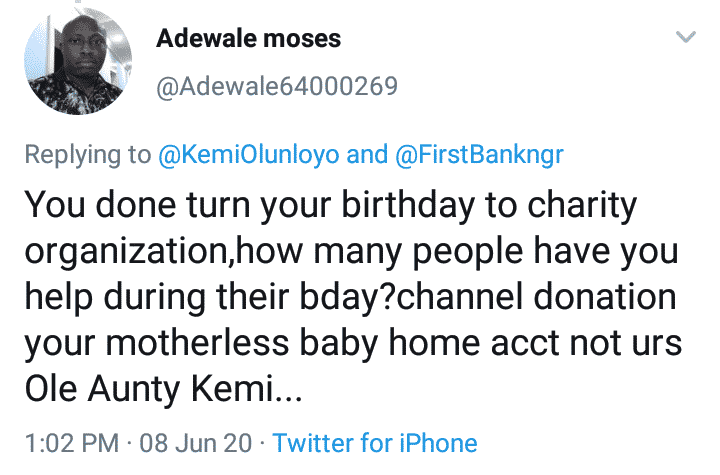 Meanwhile, an excited follower decided to bless her with a transfer of ₦110.75. 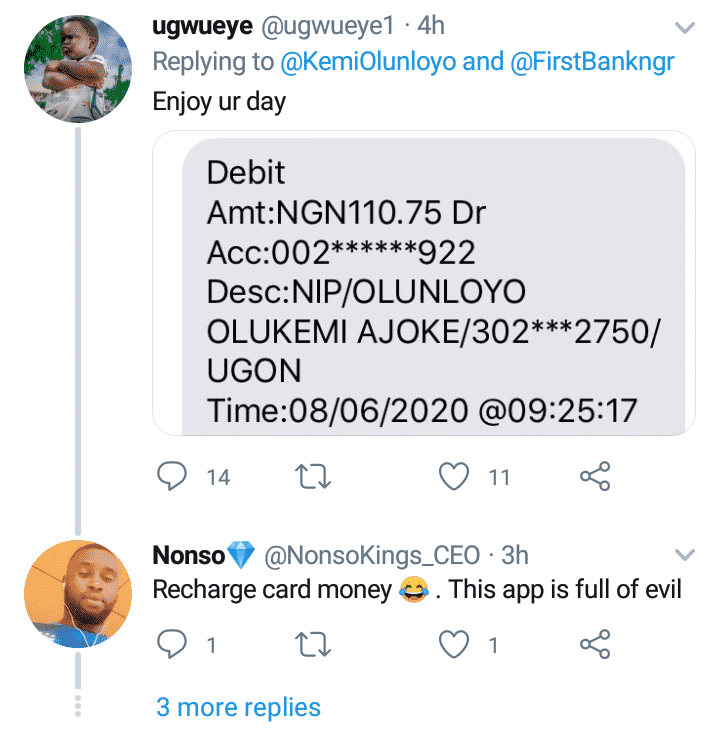 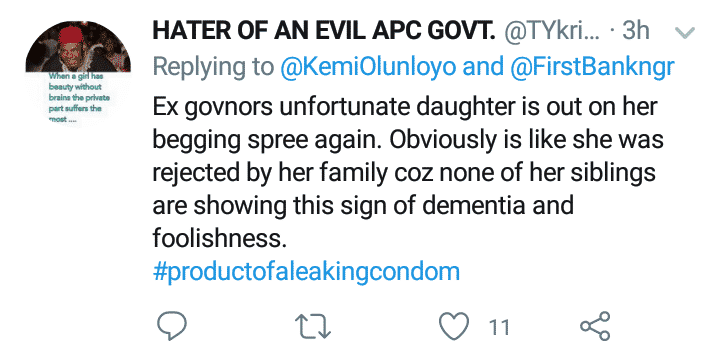