The Joint Admissions and Matriculation Board (JAMB) has released a list of top 10 candidates in the 2020 Unified Tertiary Matriculation Examination (UTME). 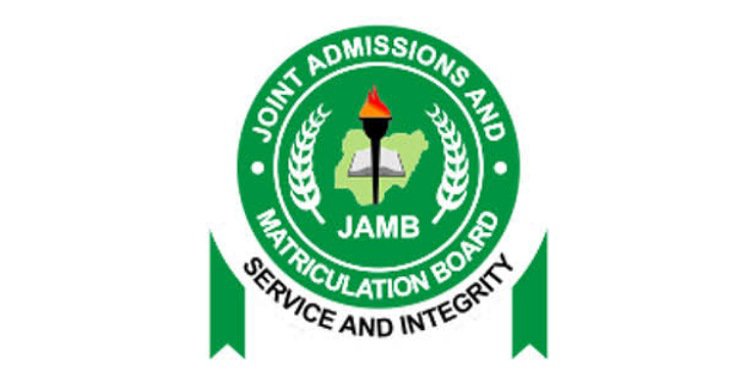 In JAMB’s 2020 policy meeting document as seen by GistReel, the top 10 candidates scored between 352 and 365 in their UTME.

From analysis, two candidates from Anambra State outshone others with 365 and 363 scores respectively.

Coming behind them is a candidate from Edo State with 359 while 2 candidates from Ekiti State made it to the 4th and 5th positions with 358 and 356 scores respectively.

Two candidates from Delta State also made the list after scoring 359 and 352 respectively.

States that made it to the list are Anambra, Edo, Delta, Ekiti, Ondo, Akwa Ibom, Kwara, Oyo, and Ogun.

According to the spokesperson of the board, Fabian Benjamin: “They are 10 in number and if you notice, some of the candidates scored the same mark and they are (tied) on the same position.”

Below are the names of the candidates and their scores as released: 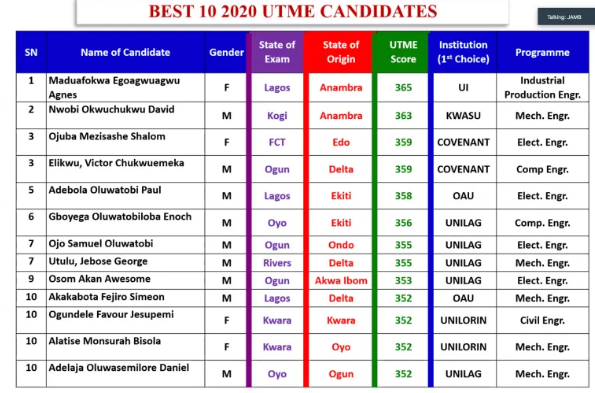 It should be recalled that the 2020 UTME commenced on March 14 and ended March 21 in its accredited Computer Based Test (CBT) centres nationwide.