Home Entertainment News “It’s none of your business if I get married or not” –...

Multiple award-winning singer, Jane Awindor popularly known in showbiz as Efya has replied a fan who asked her to get married. 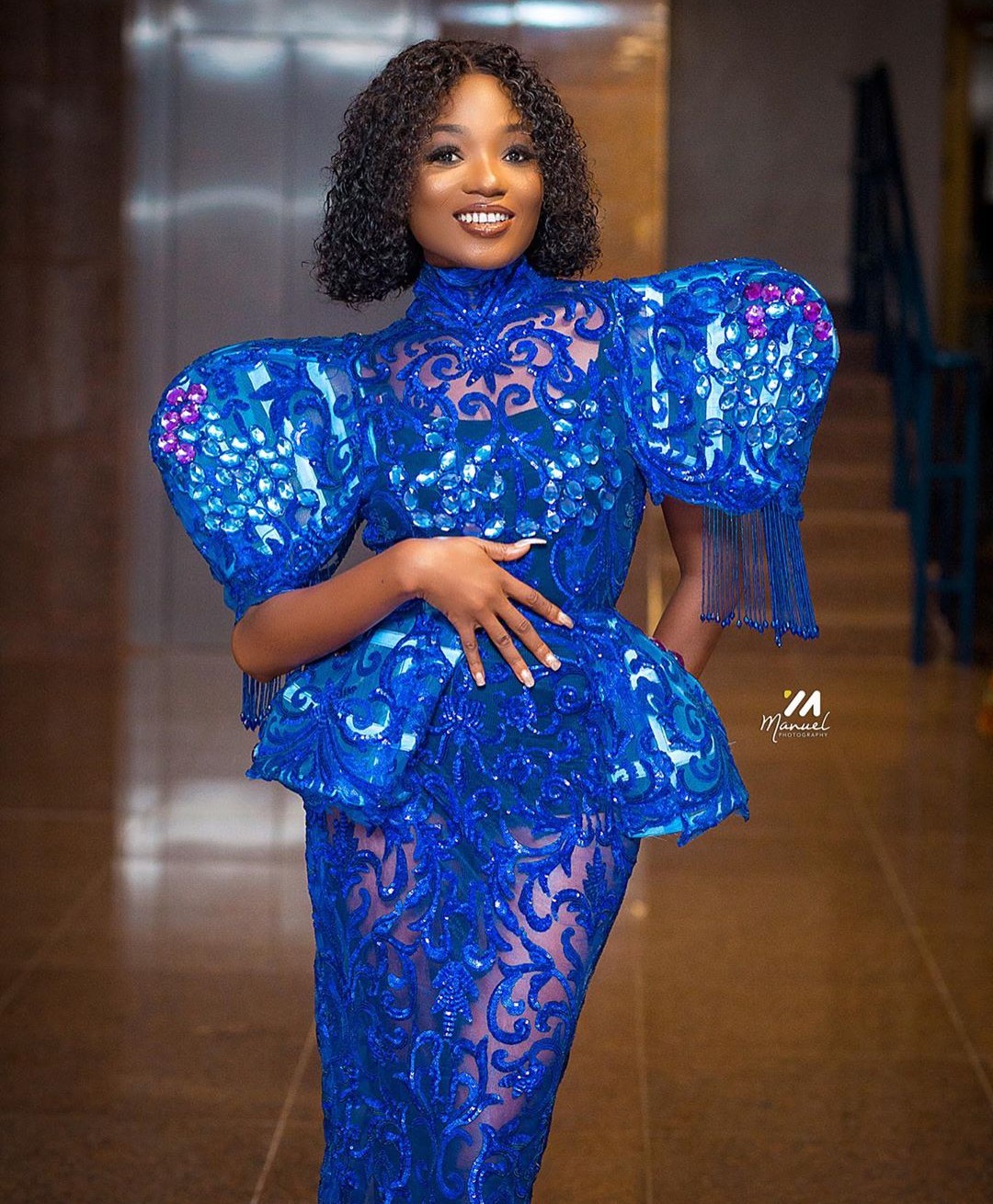 “I just woke up… see you tonight,”

A Twitter user who obviously could not mind his business replied Efya’s post by charging her to get married as that is the most important thing.

“Get married that’s the most important thing. Efya started with Beyonce and Rihanna dems…they all engaged what is she waiting for.”

Annoyed by the comment, Efya replied by asking the fan to mind his business and go stream her latest music instead.

She wrote; “Pls I will say this once …!!! ITS NONE OF YOUR BUSINESS. IF I GET MARRIED OR NOT… GO STREAM THE MUSIC WAI”. 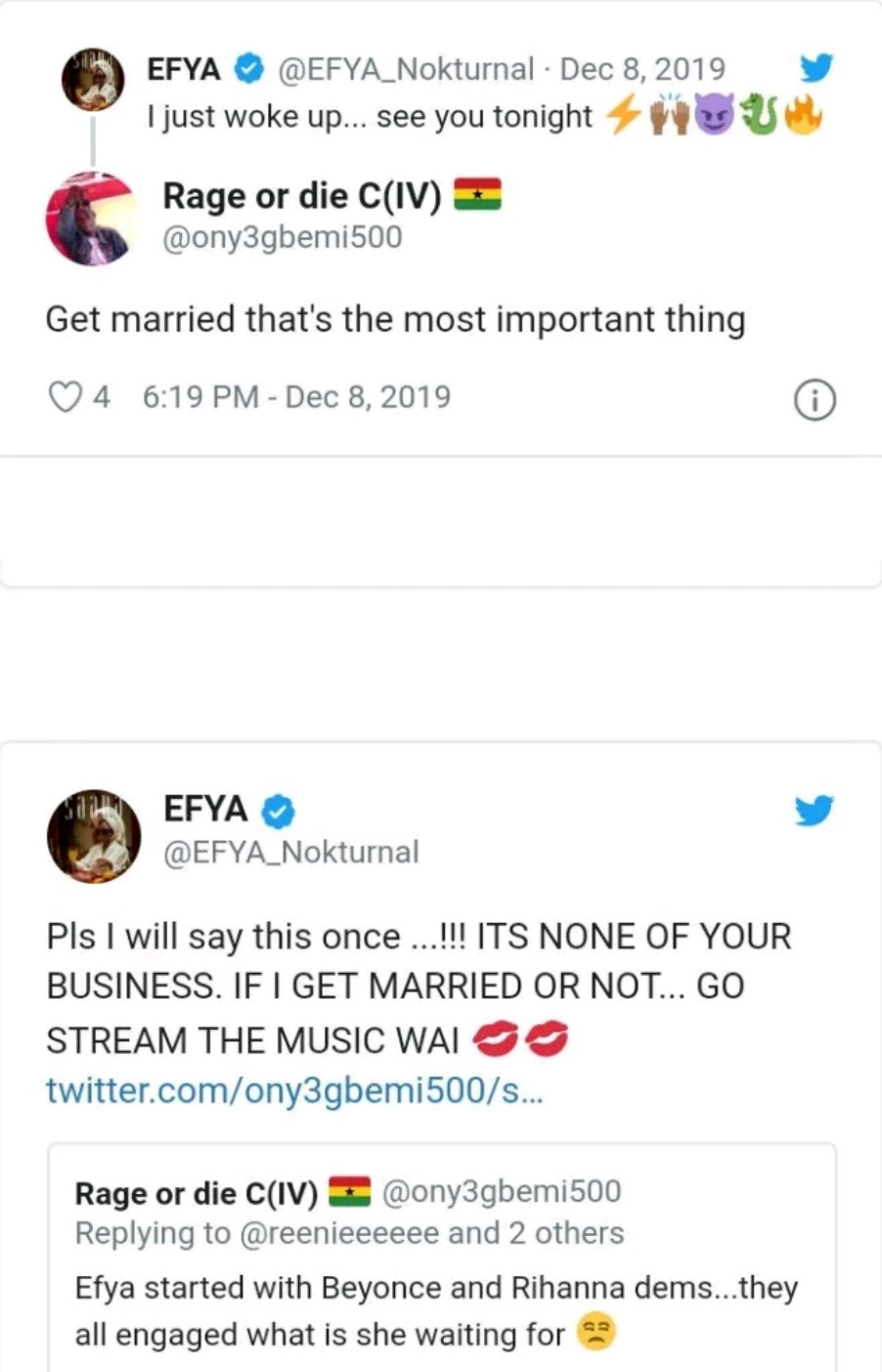