Home Viral News “It was my mother’s choice to suffer with a broke man” –... 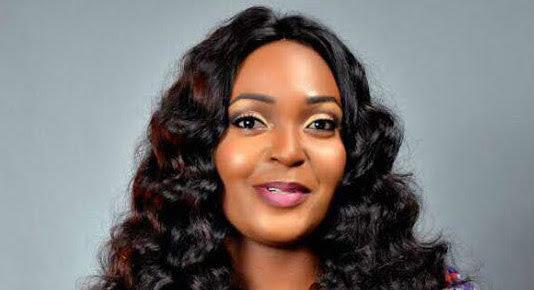 Popular relationship expert, Blessing Okoro in a recent statement, gave her opinion on why men should not suffer with men.

According to Blessing Okoro in a video she shared via her IG page; she said women are not supposed to suffer with men but suffer to build themselves.

She noted that the days when women suffered with men were long gone as the modern-day woman has realised she can make money.

The relationship expert also said it was her mother’s choice to suffer by staying with a broke man.

She added: “No, I can’t date a broke person striving for a living. I did not come to this world to suffer.”

Some of her followers opposed her advice, with one IG user asking if her father was rich before marrying her mother.

“Shebi ur papa get money before e marry ur mama,” the follower asked.

Blessing responded: “Na my mama choice to suffer, I refuse to be my mother. Not by force.” 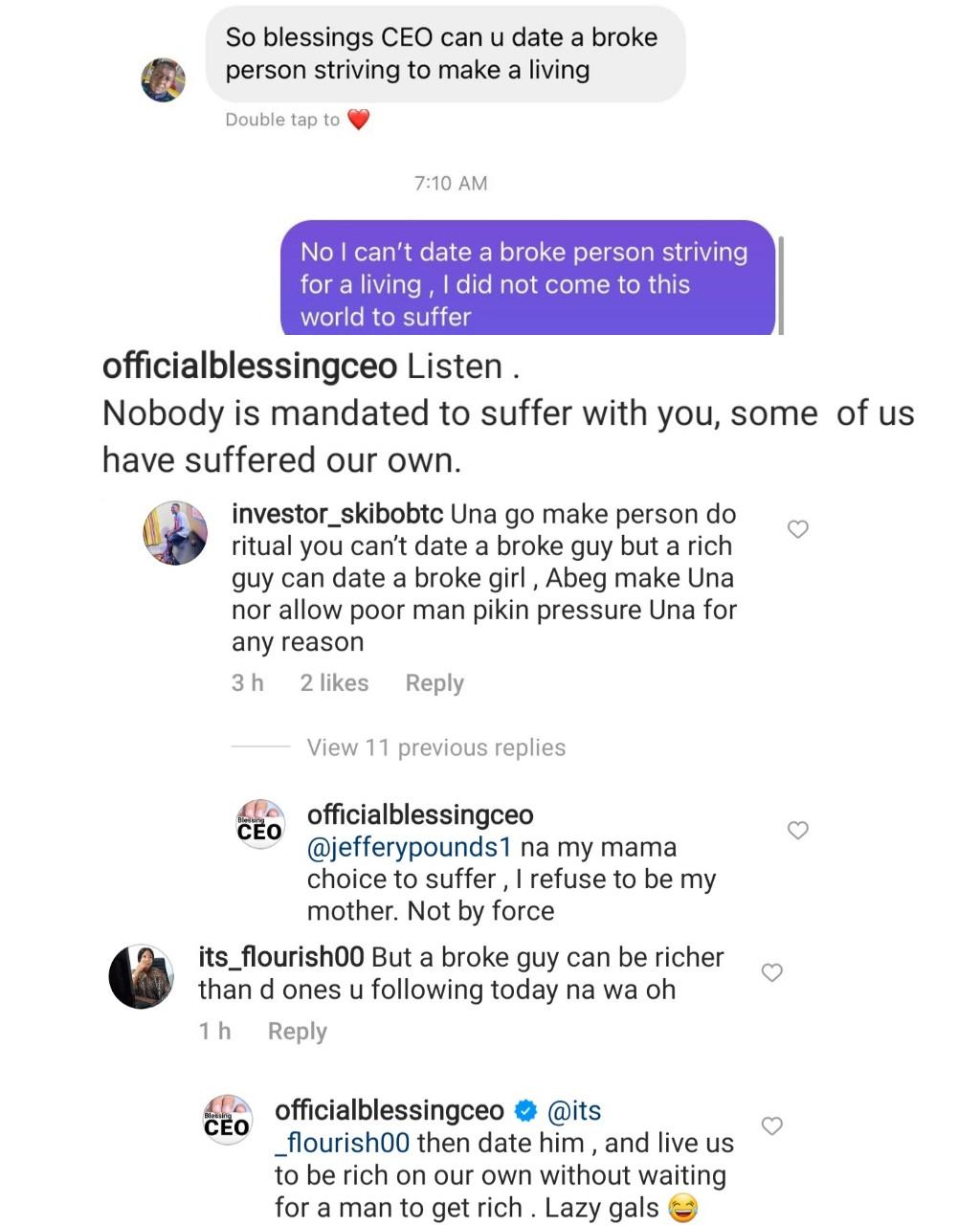 “My boyfriend takes care good of me, but I’m having a strong urge to cheat on him” – Lady cries out

“So, my brother should leave his wife for a Nigerian”- Shot put finalist, Chuks Enekwechi’s sister drags those criticizing him for not marrying a...

Man astonished by the list of items requested from him by a girl he...