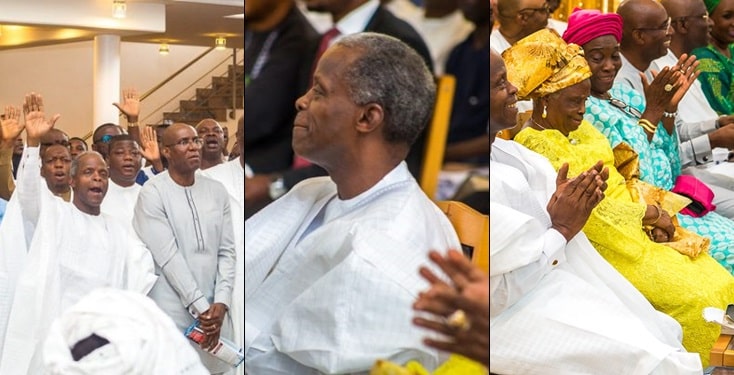 Vice President Yemi Osinbajo has said it is not the ability to father a child that makes one a father, but the courage to raise one. The Vice President said this when he spoke with the State House correspondents on Sunday June 16th after celebrating 2019 Fathers’ Day at the Aso Villa Chapel, Abuja.

The Vice President attended the service with his mother, Mrs Olubisi Osinbajo, Deputy President of the Senate, Ovie Omo-Agege, Secretary to the Government of the Federation, Mr Boss Mustapha among others.

“It is not the ability to father a child; the ability to have a child that makes you a father; it is the courage to bring up one; ability to raise one. That’s what really makes you a father and I think the responsibilities of fatherhood are so many; whether one is a biological father or whether you are one who wants to take care of other children. I think that all of us, as men, have a role to play in the life of so many, not just our biological children but so many of them who have no fathers. Even to some who have fathers too, who we have a responsibility to set an example to so as to lead an exemplary life, to bring them up as the scripture says in the way of the Lord.” he said. 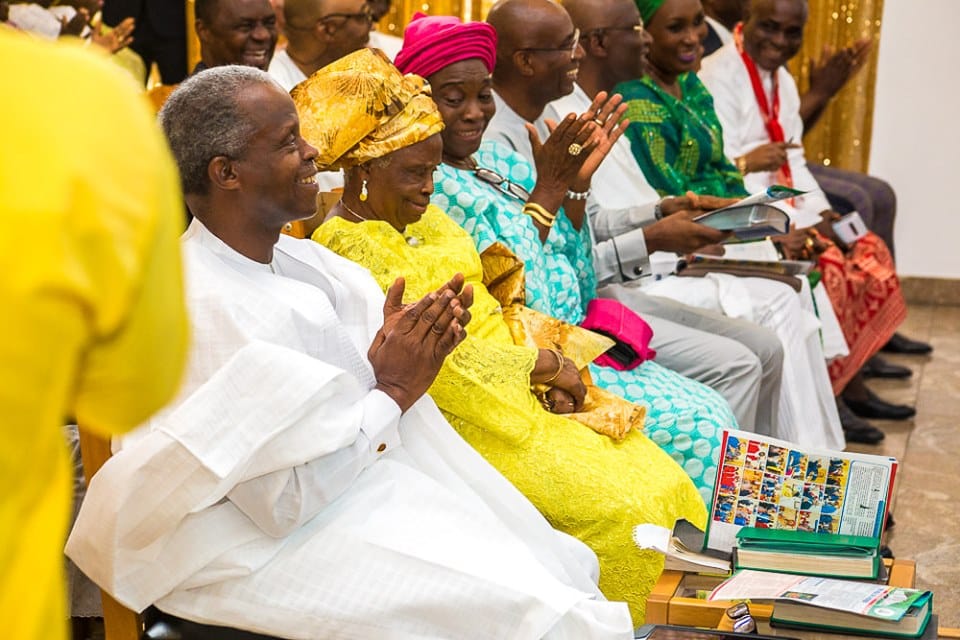