Nigerian actress Charity Nnaji, who was in the past called out by arrested Nigerian big boy, Ismalia Mustapha, popularly known as Mompha, has taken to social media to mock him again after he was arrested.

It was earlier reported that Mompha had been arrested by the Economic and Financial Crimes Commission (EFCC) for allegedly committing internet fraud and money laundering. 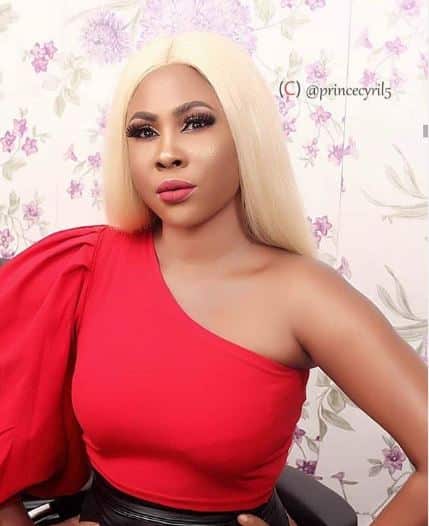 Charity Nnaji, who was previously called out by Mompha for begging him for money, shared a post on her Instagram page, saying that it is better to be a beggar than a fraudster.

The actress expressed that when she called him out immediately after he was arrested, his fans came after her. She noted that they would soon arrest them too for supporting Mompha, adding that she is not calling him out for clout.

Sharing a collage of the arrested Dubai-based Nigerian man with some of his assets, she wrote;

“Hmmm Billionaire indeed…just take a look at .. Lemme warn all of you, i am not here for clout chasing, comments or likes … its better to be a beggar than a fraudster… As for you all commenting rubbish on my page.. i can feed you all and your generation (No be mouth), i am in my office begging..when i am done begging i Will come and respond to your dumb ass …#EFCC Will come for you too anytime anyday .. You Will go and join your oga… pray you wont be the next escape goat.” 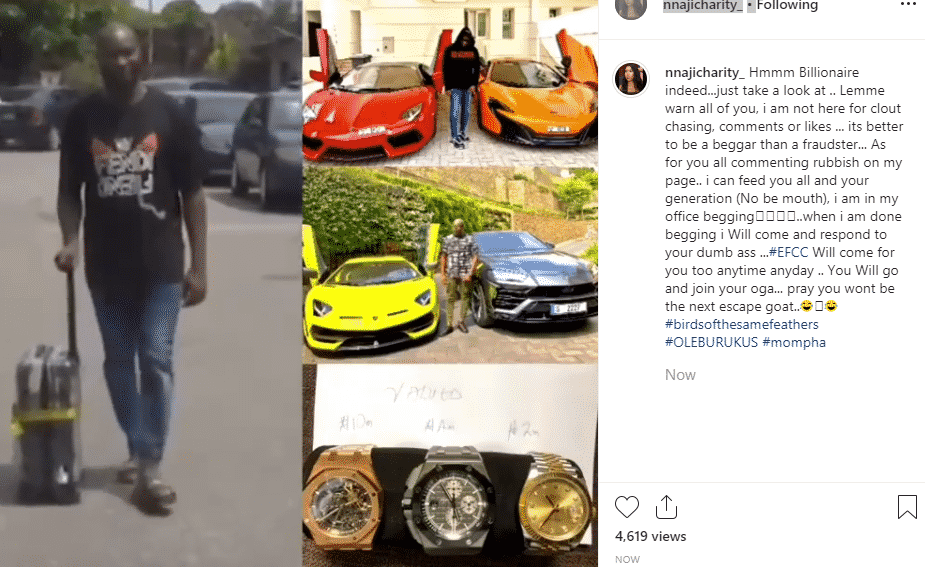 She also shared a video of herself outside the EFCC office. In the video, she was heard saying that she promised to pay Mompha a courtesy visit.

Charity Nnaji also denied begging Mompha for money as she made a clarification on her DM exchange with him. According to the actress, her NGO reached out to him for humanitarian assistance. 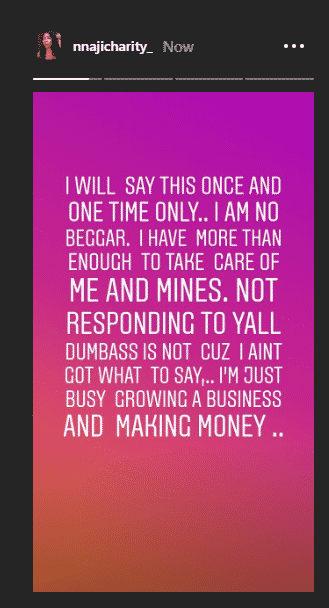 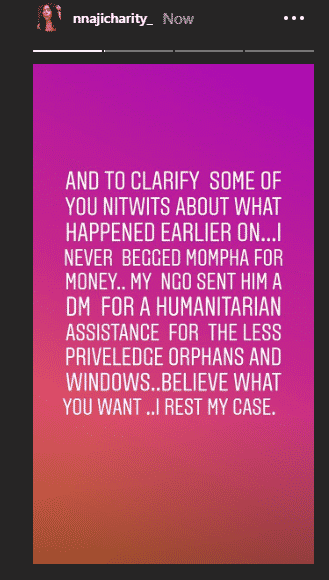