Fans of celebrity couple, Bambam and Teddy A, questions their daughter’s fair complexion compared to both parents that are dark. 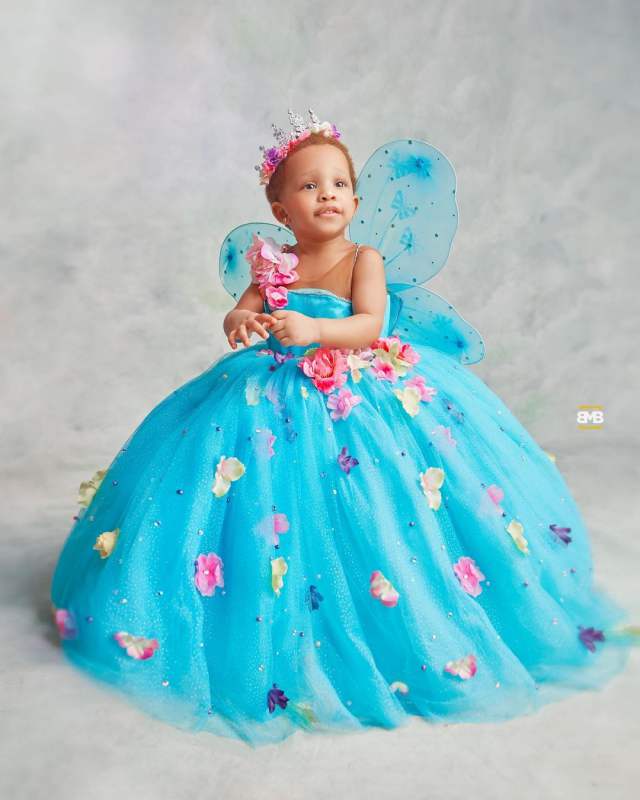 This is coming following dazzling family photos released by both parents on the one year birthday of their daughter, Zendaya.

According to fans, Zendaya’s fair skin is questionable given the condition that both parents are chocolate in complexion. Some opined that the parents should confirm with DNA in case there was some kind of mixup during delivery. 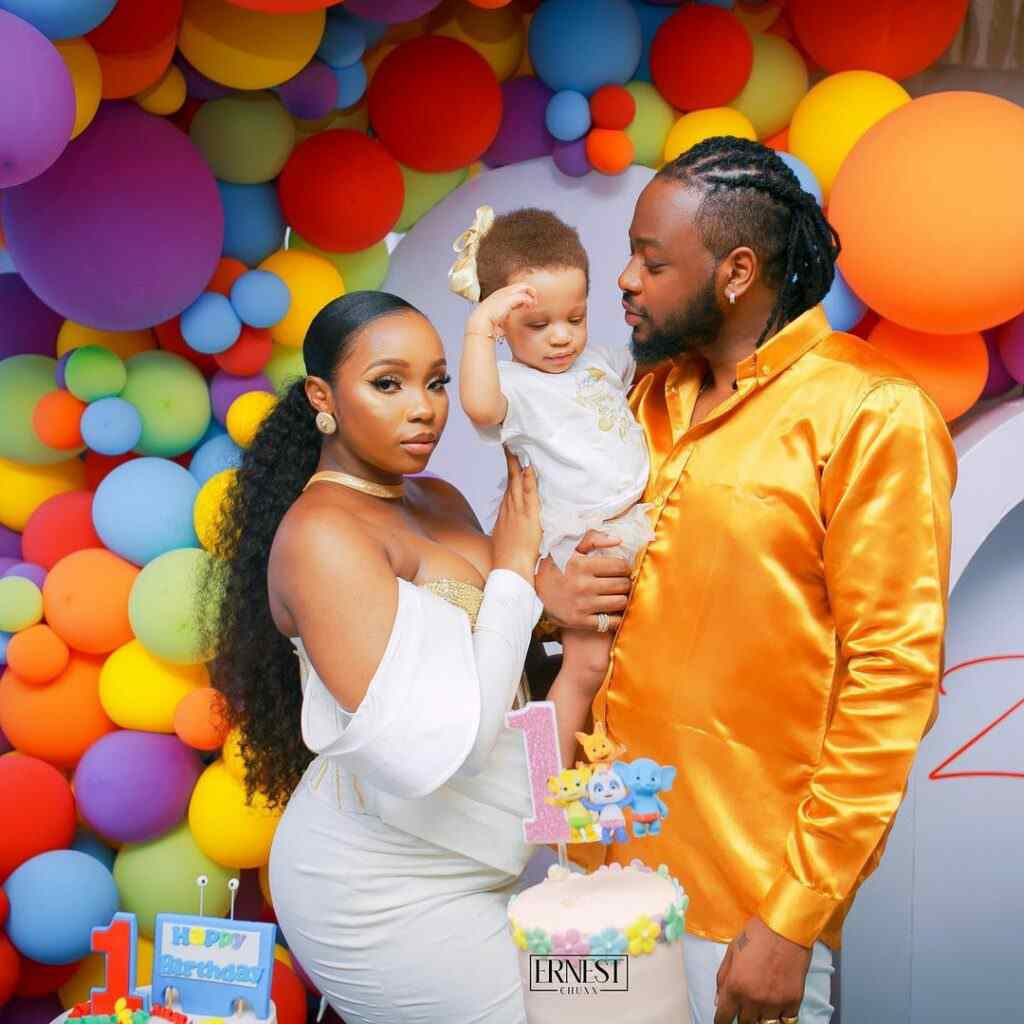 omzynificent wrote,
“Where the baby see YELLOW from? Father and mother are black.”

bankeypa wrote,
“Beautiful baby but DNA is not bad advice. God of DNA need to intervene.”

jolominancy wrote,
“Nawah the baby cute but no resemblance at all from both abi una adopt her.” 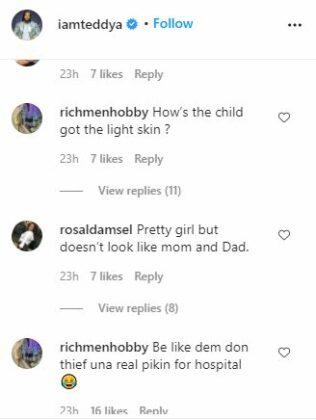 “If I leave today, I’d leave with something” — Bella thanks Biggie for bringing...

I would have won the show if I was a real housemate — Rachel...

“Rise by ripping others” – Dammy Krane releases ‘Portrait of 30 Broke Gang’ as...

Beverly Osu stuns in new photos as she clocks 30

“Who do you this thing?” – Man shades married men who buy cars for...