An Instagram troll has put aside her differences to correct BBNaija reality star, Princess over her wrong choice of word.

The reality star had earlier took to Instagram to post a photo of herself on the beach when the troll noticed a scar on her bum. 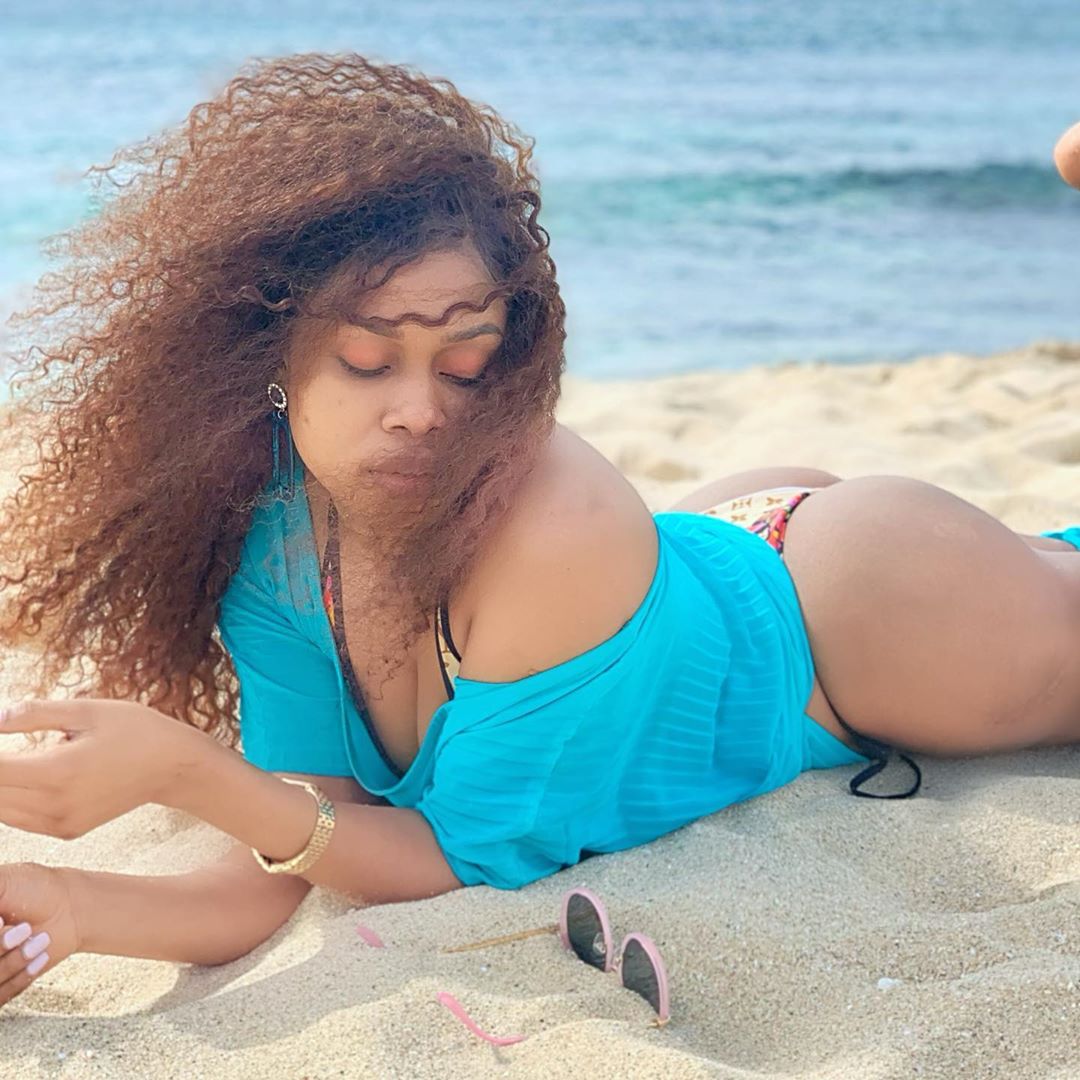 Commenting on the photo, the fan hinted that it was a scar from a butt surgery.

Princess who was offended with the troll comment stated that the scar was from accident.

Replying to Princess’s comment, the troll corrected the reality star for using the wrong tense. 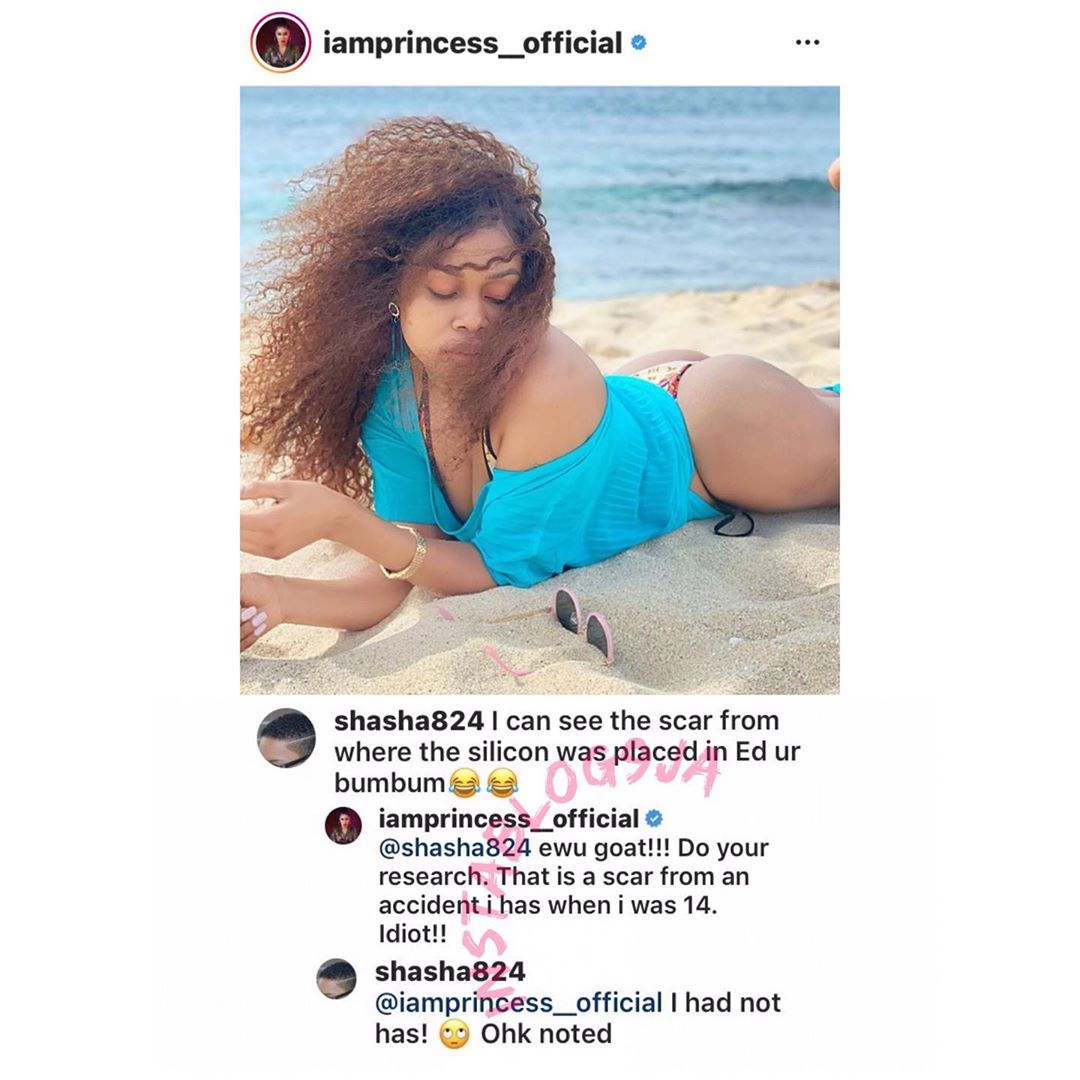