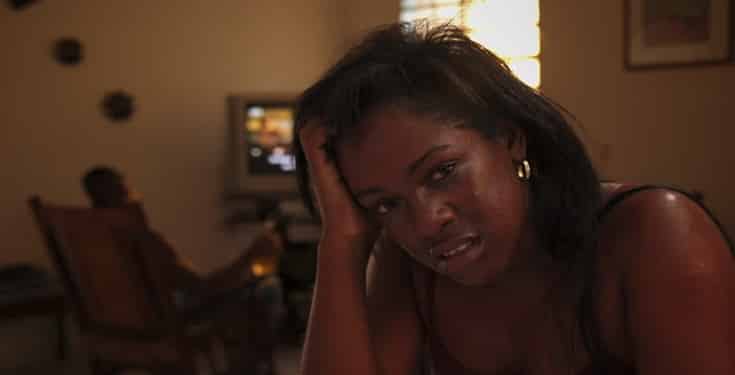 Relationship expert and love doctor, Joro Olumofin, took to social media to post an email he received from a bisexual lady who is emotionally depressed.

According to the lady, her boyfriend wants to marry her and she doesn’t know what to do because she has been sleeping with his sister.

Hello Joro, I would love to be kept anonymous. I’ve been thinking a lot and it’s eating me up really bad. I’m bisexual and I’ve been seeing a girl for years now. One day I was at her place then I met her older brother, we got talking and later exchanged numbers. We are currently dating and he doesn’t know I’m sleeping with his sister.

Now he wants to marry me and I don’t know what to do because I’m emotionally attached to both of them, his sister keeps telling me I can’t be seeing both of them and I can’t marry her brother as well. I’m in love with her brother 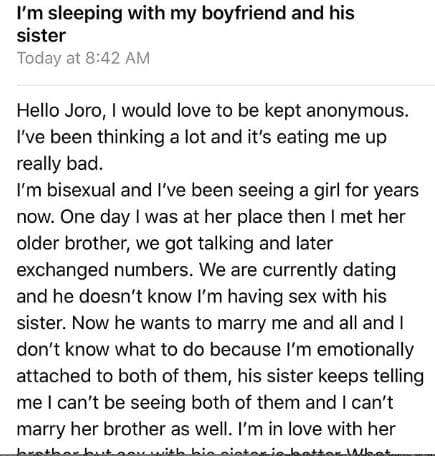 “Hold your phone tight” – Man warns Dababy as fans mob him in Lagos...