In what has now turned out to be a prohibted content, Nollywood actor Yul Edochie subtly defended himself after he was spotted inside a coffin. 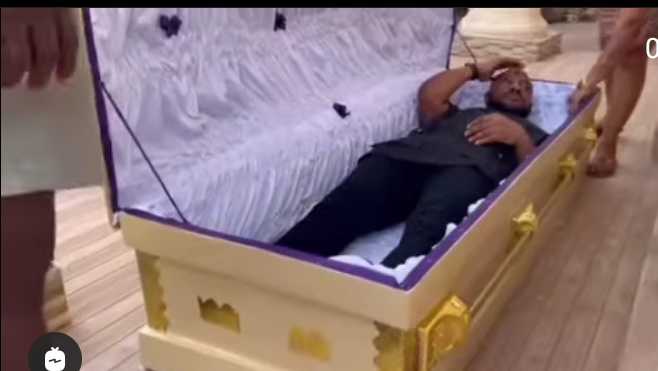 The thespian hilariously noted that he is shooting a “romance movie” and it is his own way of proposing to his girlfriend.

Meanwhile, it remains unclear if the actor is actually making a movie with the coffin or just making a joke out of the federal government’s position on Nollywood movies with ritual scenes as subject. 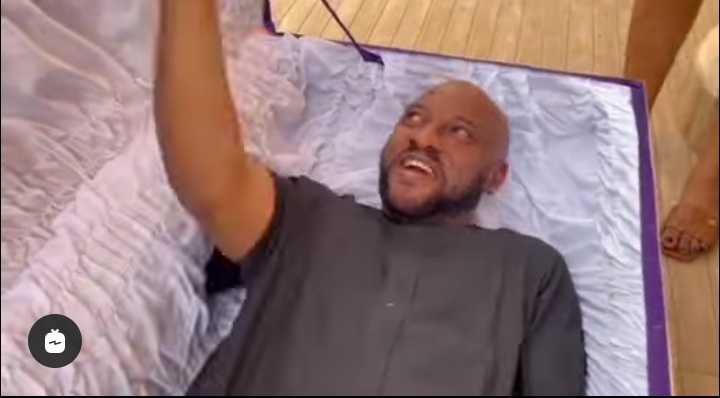 Speaking in a viral video capturing the moment  he laid in the coffin, Yul Edochie clearly stated: “This one no be ritual film oo, na romance film before you go report me give Lai Mohammed. I have to lie inside a coffin to propose to my girlfriend.”

Nevertheless, it’s worthy to note that ritual scenes are officially banned in Nollywood movies by the President Muhammadu Buhari regime on the grounds that they are responsible for the spate in ritual killings across the country.

The country’s Minister of Information, Lai Mohammed made the annoucement on 21st February, 2022.. 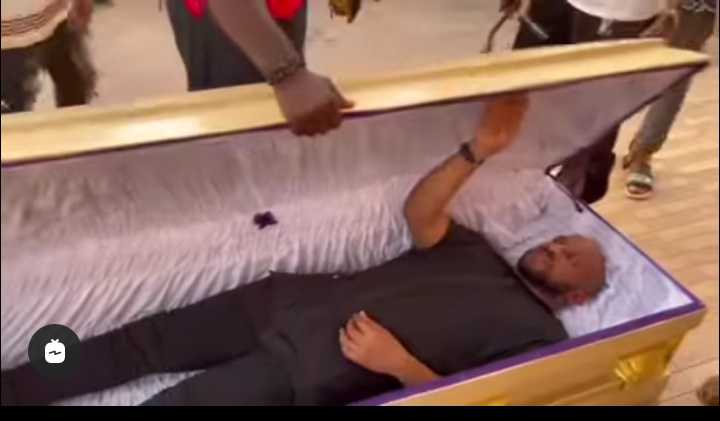