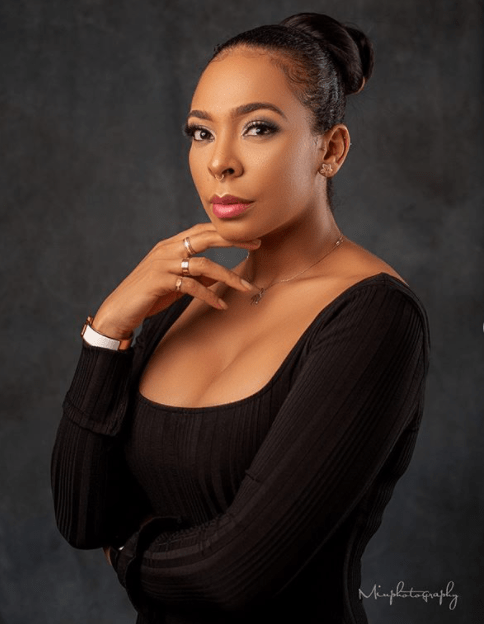 The reality star and mother of one who took to her Instagram stories to rant, said she is tired and won’t take it anymore. According to her, men who troll people have lost their manhood and have nothing better to do with their lives.

She went further to say that she tries to be the bigger person sometimes, but that there’s only so much one person can take. TBoss who welcomed her daughter last year, was a housemate of the second season of BBNaija.

Read as she posted on her Instagram stories below… 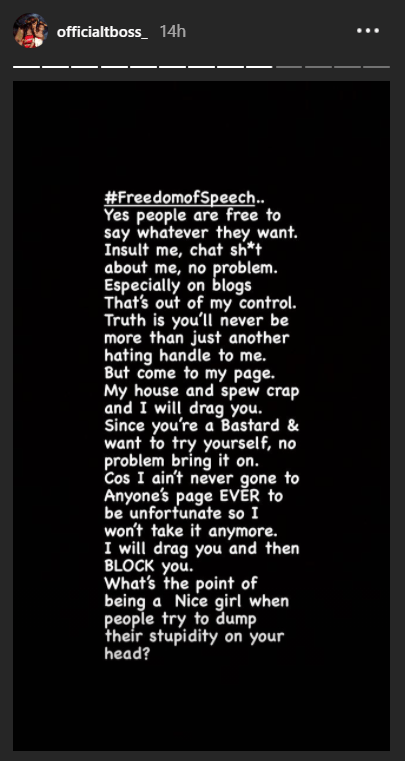 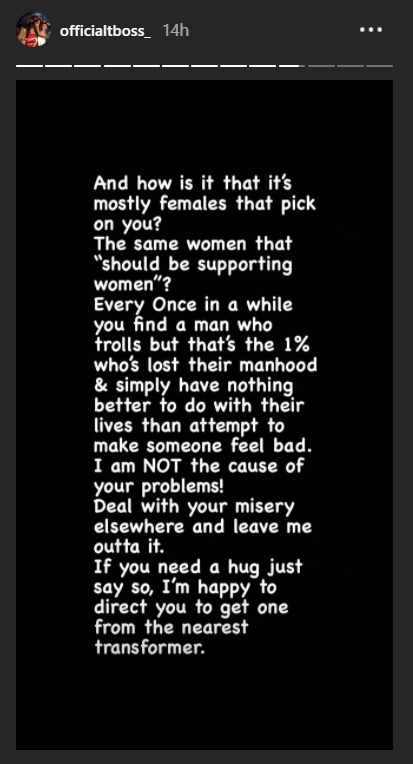 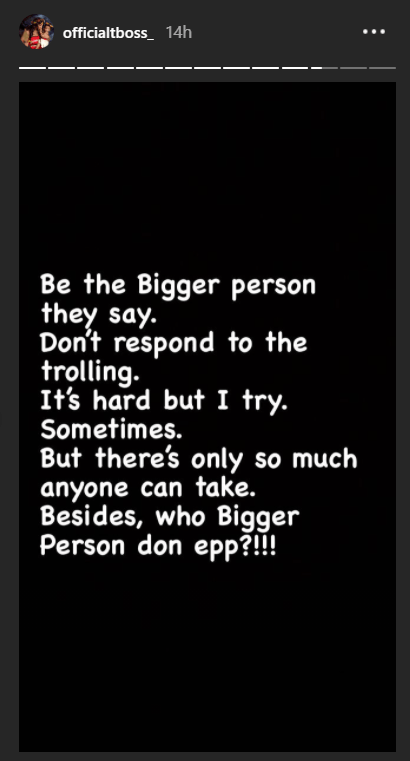